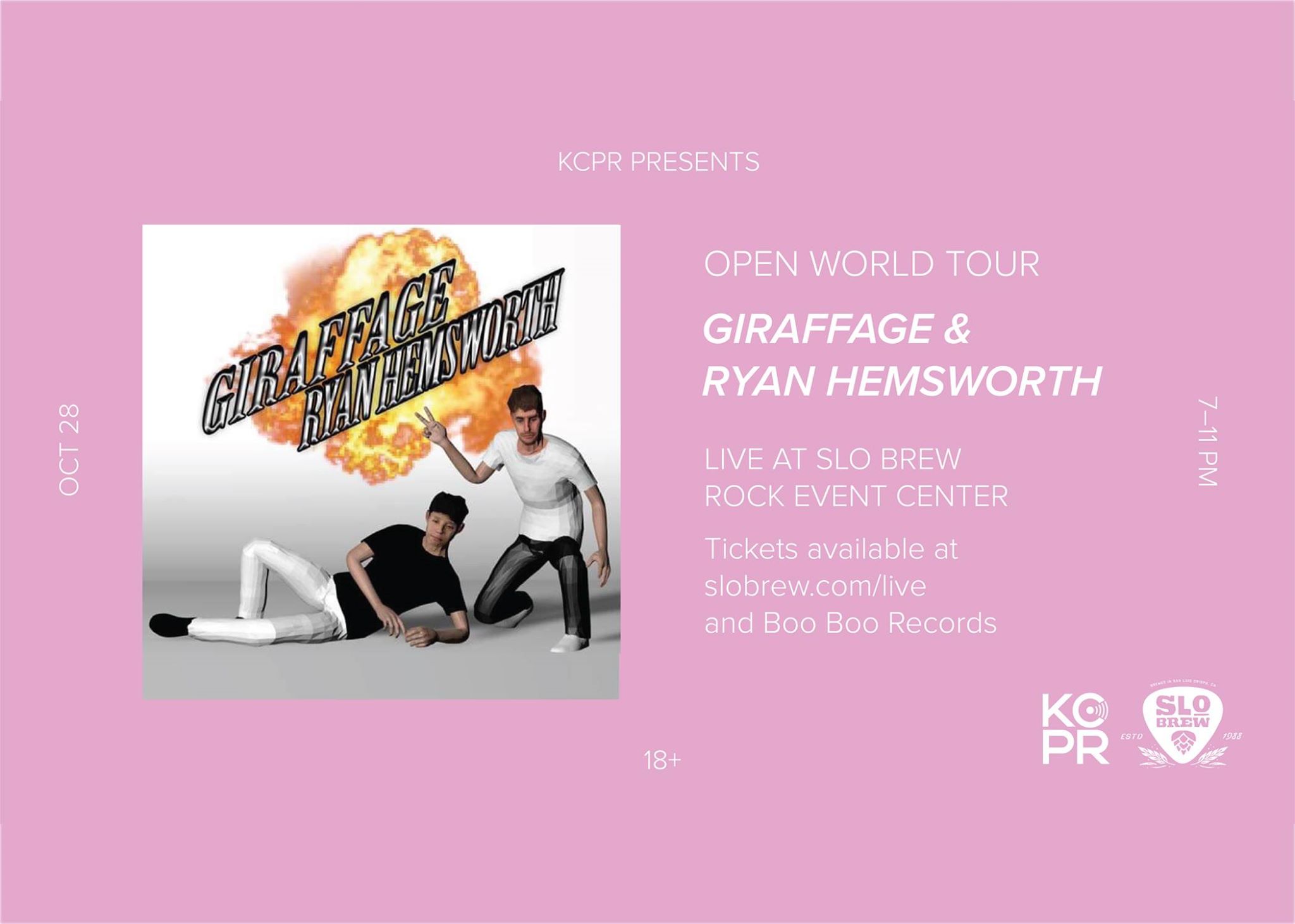 This Sunday, October 28th, Giraffage and Ryan Hemsworth are coming to play at SLO Brew Rock!

Bringing electronic hip-hop to the central coast, this duo is one that will get your feet moving.

After dropping his album Too Real in 2017, Giraffage has been delivering electronic R&B tunes on tour across all of North America. Drawing from synth-pop inspirations, Giraffage paints dreamy landscapes and infuses them with hip-hop beats that make dancing irresistible.

This unstoppable combination is one you won’t want to miss. Doors for the event open at 7 p.m. at SLO Brew Rock.
For more information, head over to SLO Brew’s event page. Head to the Ticketweb page to buy tickets.

Jakob McQuade is KCPR’s Editor-in-Chief, a Cal Poly journalism junior, and spins records as MC Quade from 12 p.m. to 2 p.m. on Sundays. He wrote the article. Whitney Engelmann is KCPR’s creative director and a Cal Poly graphic design senior. She created the artwork.