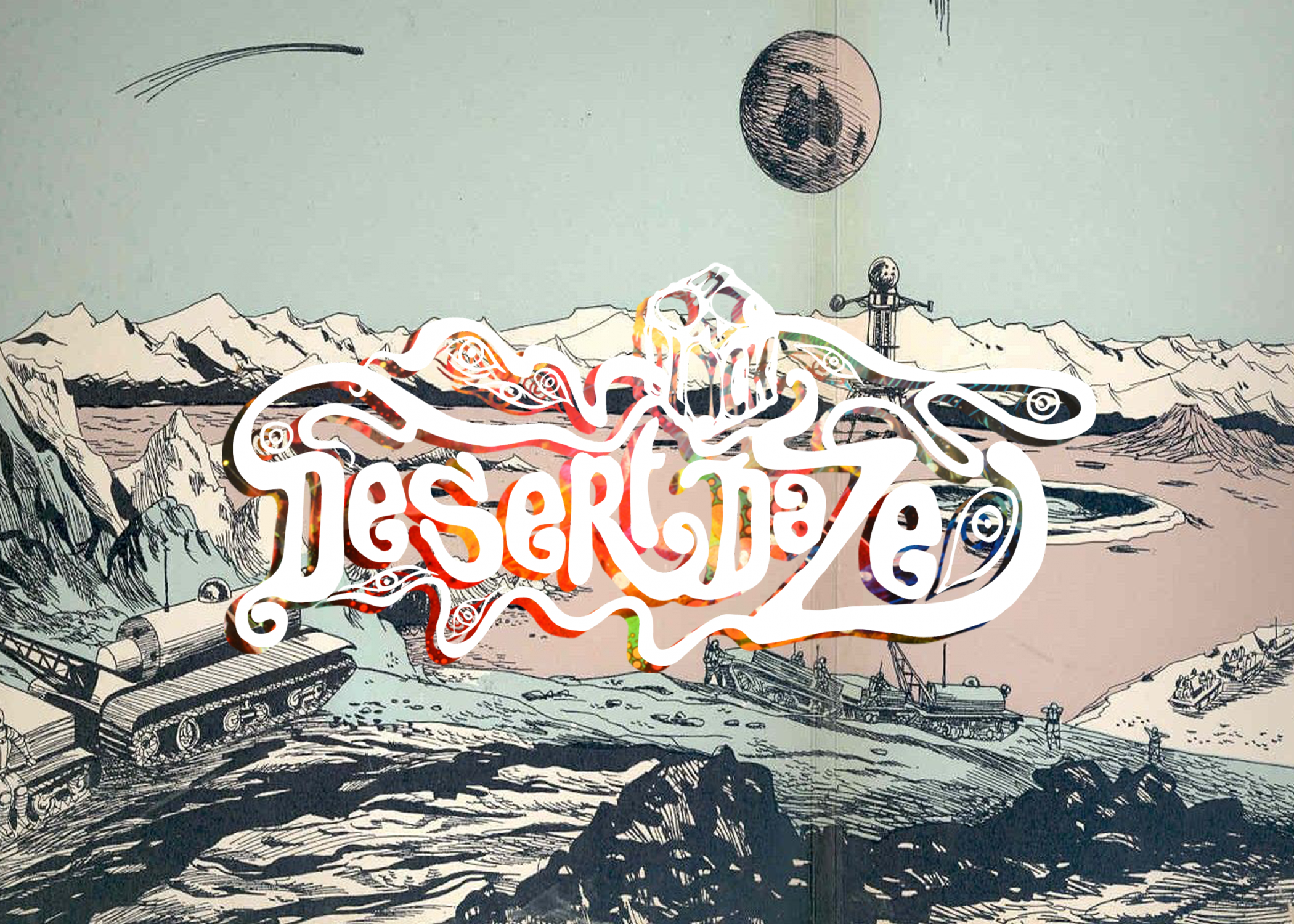 Searching for your next great escape? Look no further. Turn your gaze toward the seventh installation of the Desert Daze Music and Arts Festival.

All lifeforms are welcome to make the voyage to Moreno Beach at Lake Perris, California for an adventurous weekend of camping and music.

This year’s legendary line-up is a lot to take in at first glance. Headliners like Tame Impala, Death Grips, and My Bloody Valentine are sure to grab attention, but don’t let these sonic titans overshadow the festival’s smaller artists.

Before slipping away to Lake Perris, check out this list of the more obscure artists that need to be witnessed.

If you’ve ever had the craving for Japanese shoegaze during your life, you might wanna try a little taste of Kikagaku Moyo’s blend of Japanese psych rock.

Kikagaku Moyo (translates to “geometric patterns”), a five-piece psychedelic band based in Tokyo, Japan, has acquired a global cult following in their six year run. The founders Go Kurosawa (drums/vocals) and Tomo Katsurada (guitar/vocals) busked on the streets of Tokyo as a free music collective before formally forming the band during the summer of 2012. A year later, the group came together to create and record their self-titled album, Kikagaku Moyo, which was released via Cosmic Eye/Sound Effect records.

Worried that they might conflict with other artists? Don’t fret. Kikagaku Moyo is performing two separate sets this year, so feel free to catch them perfoming sound experiments with JUUJUU and Boogarins on Friday Oct. 12th or head over to their solo set Sunday Oct. 14th.

For those trying to transcend space and time, go ahead and cruise through to the otherside with Vinyl Williams.

The self-proclaimed “celestial pop” band is the brainchild of the Los Angeles-based multimedia artist Lionel Williams. Williams started recording in his bedroom during 2007 and self-released his first two projects by 2010. In the following years, Vinyl Williams developed a full lineup and released three studio albums as well as two more EPs, including a collaboration with Chaz Bundwick of Toro y Moi.

Before trekking out to Desert Daze, check out their most recent studio album, Opal, and catch up on their immersive virtual reality music videos. Be prepared to be amazed by their neo-psychedelic set on Sunday Oct. 14th.

Are you an experienced explorer of experimental sounds? Wooden Shjips should be on your radar for Sat Oct. 13th.

Wooden Shjips is the primary experimental project of guitarist Ripley Johnson, who’s also known for his role in Moon Duo. The band’s minimalist sound has often been described as drone rock where extremely distorted guitar tones are accompanied by reverb-drenched vocals.

Based in San Francisco, Wooden Shjips was formed in 2007. Due to their raw experimental sound, Wooden Shjips found it difficult to find labels to release their material in their earlier years. By 2009,  labels Mexican Summer and Sub Pop gave Wooden Shjips the chance to spread their music to the world.

If you aren’t an experimental aficionado, make sure to explore their most recent release, V . It’s a collection of their most accessible songs to date.

Two sets are always better than one. Don’t hesitate to catch the Boogarins experimental jam session with JuuJuu and Kikagaku Moyo on Friday Oct. 12th or their solo set on Saturday Oct. 13th.

Taking their name from a variety of jasmine flower, Boogarins are a Brazilian psychedelic rock band that formed while they were still in high school during 2013. Primary creators, Dinho Almeida and Benke Ferraz, initially recorded Boogarins’ first release, As Plantas Que Curam, at their parent’s house. The self-released EP attracted the attention of Other Music, who gave the duo the opportunity to sign a contract later that year.

Since their deal with Other Music, Boogarins have formed a full line-up and released three studio albums. The band also completed their first international tour earlier this year and was able to join festivals such as Coachella and Levitation.

Here are some other highlights on this year’s lineup to check out before venturing out to the desert: