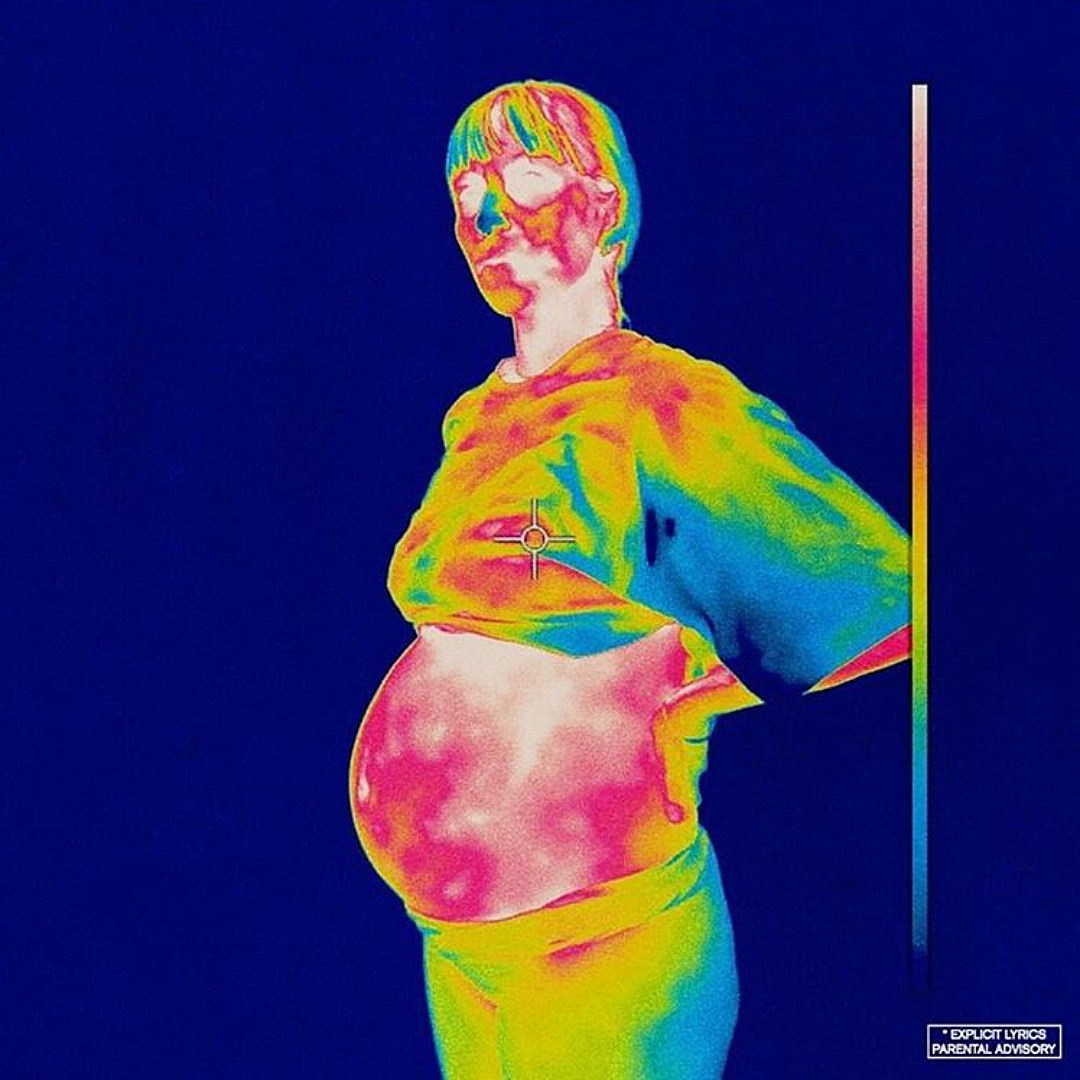 BROCKHAMPTON, the “best boyband in the world,” continues to expand their style in their long-awaited 2018 album, iridescence.

iridescence is a very meaningful album for BROCKHAMPTON. It is their first album after months of rumors around a new release and also their first piece under the RCA label. But, more importantly, it is the group’s first album without rapper Ameer Vann. Vann had a lead vocal role for the group and had very powerful performances in defining songs like “HEAT,” “JUNKY,” and “ALASKA”.

Amidst the group’s 2018 “Saturation III” tour, allegations came out towards Vann including sexual abuse, emotional abuse, and sex with a minor. Weeks later, in late May, Vann was kicked out of BROCKHAMPTON and the group issued a statement via Twitter specifying that they “do not tolerate abuse of any kind” and were cancelling the rest of their US tour to “go home and regroup.”

However, this time away from the pressure seemed necessary for the group to recover, especially taking into account for their show in Boston where the group fell silent during Vann’s verses while hugging and crying. As both a fan of their music and of their members, the sight was hard to watch even over YouTube.

Now, four months and three singles later, the group has created a powerful album in just ten days in none other than Abbey Road Studio in England.

iridescence features a range of songs from emotional ballads from Kevin Abstract to screamo verses from Joba that often make the song.

The albums opening track, “NEW ORLEANS,” wastes no time with setting the tone for the album, featuring hard, seamless verses from each vocal performer of the group. The song even sounds triumphant, making a statement to the listeners that they are back stronger than ever.

“NEW ORLEANS” is one of the few tracks with an accompanying music video. The video is worth the watch, as it is filmed during a live performance, featuring the members of the group going into the crowd. I personally hope they continue to do this style of video because I wouldn’t mind being in a BROCKHAMPTON video one day.

The opener is followed by several softer songs, including “THUG LIFE” and “SOMETHING ABOUT HIM,” both featuring genuine verses from Kevin Abstract. However, “SOMETHING ABOUT HIM” is reportedly ghost-written by Kevin Doan, the groups “resident K-Pop star,” about Korean artist Jimin. Bearface repeats his verses from “NEW ORLEANS” on “THUG LIFE,” which is immediately shocking. All in all, though, it remains a beautiful song to my ear holes.

About halfway in to the album lies the most meaningful track on iridescence, “WEIGHT.”

The track starts off with an intimate verse from Kevin Abstract discussing his difficulties with fame, pressure, and sexual identity. He uses stories from his childhood to paint a real picture of his struggle fitting in to a society he didn’t feel apart of. Kevin’s verse is followed by a choir that eventually transitions into fast-paced, distorted vocals in a surprisingly catchy arrangement.

The song is followed by verses from Joba and Dom McLennon that continue the feelings of being under pressure from the personal demons that hold you down. During the group’s first concert for iridescence, Dom even became emotional during his verse, which drove home the realness of his lyrics. The song ends very ominously with a psychedelic hook from Joba featuring themes of pain and drug use as a coping mechanism.

Other emotional tracks include “TAPE,” “SAN MARCOS,” and “TONYA.” I am personally glad that “TONYA” was included in the tracklist for this album. The group performed the song live on Jimmy Fallon in June and it was their first appearance since their hiatus.

“TONYA” already featured great guest vocal performers and moving piano melodies live, but the album version has even a higher quality of production that enhanced these qualities. The group also added a bonus 30 second ending to the song that features wonderful, soulful vocals that bring it to a climactic ending.

“SAN MARCOS” is probably the most beautiful song the group has made, to me, in their top 10 best songs. It starts with a quiet, intimate verse from Matt Champion, accompanied by guitar chords that bring the song down to earth and almost remind me of a campfire. I just imagine everyone in the group hugging the whole time during this song; it’s basically an updated version of their song “LAMB.” Of course, Bearface has great vocals on this track as he normally does.

“SAN MARCOS” ending brings the song together. Featuring large choir of united voices singing “I want more out of life this” and overwhelming instrumentals, it nearly makes you cry (if you weren’t already).
The music video for this song is pretty great, too, meeting the usual high standards for BROCKHAMPTON videos.

Now, this album is not without a good banger, not in the slightest. “WHERE THE CASH AT,” “J’OUVERT,” and “HONEY” feature powerful, upbeat, and aggressive verses to fuel any mosh pit or house party they are played at. I personally can’t decide if I like “WHERE THE CASH AT” or “J’OUVERT” more because they are both so great.

“WHERE THE CASH AT” is run by Merlyn Wood and Matt Champion, as each contribute smooth bars that flow nicely on top of the pulsing beat. Merlyn has a great chorus, and after numerous listens, I can finally say that I know what he is saying — I think.

Nevermind, I changed my mind. “J’OUVERT” is definitely my favorite.

The multi-color infrared overlay in the music video makes it incredibly visually appealing. Normally, when Matt Champion is on a song, his verses are always among the best, but for this one, I’d have to say that Joba and Merlyn steal the show. Joba’s verse is probably my favorite on the entire album because it features verses harder than my fall quarter schedule. Even Bearface has a catchy little verse at the end, making it a super dynamic song for the group.

The last song in this list — and the last song I will talk about — is “HONEY.” As a song that is pure fun, I am sure it will become the favorite of many. It features such a strong beat, it makes you want to bust a move and keep flowing with it. The second half of the song takes a flip and slows down to a trap, psychedelic vibe where they even sample their own song “BUMP” from their 2017 album SATURATION I.

For me, these songs are the highlights of their latest release, but all of the other tracks are worth the listen, too.

Overall, I think this album is a great stepping stone for BROCKHAMPTON as they move into the future and progress their style and sound. Each member of BROCKHAMPTON brought something unique to this record and the group dynamic was completely shifted, showing that BROCKHAMPTON can adapt to change while maintaining quality. iridescence is a great album that promises more to come from BROCKHAMPTON as they settle in with RCA and their new roster and makes me hopeful for the future of the self-proclaimed “best boyband in the world.” But, for now, we have this beautiful album to listen to on repeat until then.

Nick Bishop is a KCPR content contributor, DJ, and a Cal Poly junior. He wrote the article. Image credit to RCA Records.