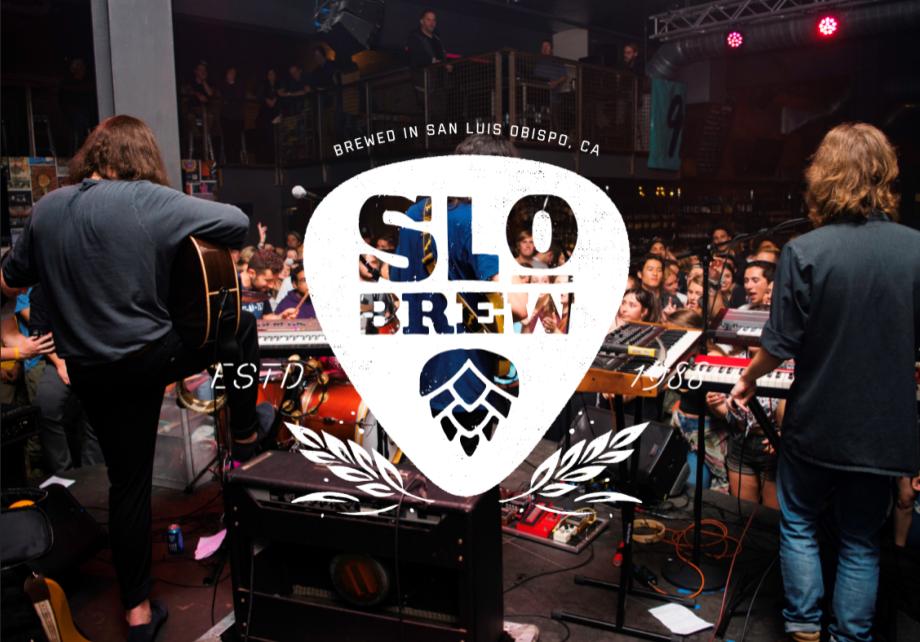 Ragged Wood: Reminiscing in the Springtime

The third edition of Venue Reviews from KCPR’s Connor Sullivan is finally here.

This time around, Sullivan takes a look at a venue that is close to home: SLO Brew. Known locally for their micro brews and their cuisine, the restaurant doubles as a venue for concerts.

SLO Brew’s downtown location is perfect for free parking that is close to the venue. Parking is free after 6 p.m. on most streets. If you can’t find a free parking spot in SLO on a Wednesday night, you really shouldn’t be driving in the first place.

This place knows what they’re doing. SLO Brew is a very fresh place and has some awesome AC. They understand the value of keeping the crowd cool.

I got to the show just after doors opened at 10, mainly because I wanted to see the openers, Snail Mail and And And And. I was fortunate enough to get a spot in the front row against the barriers, so any of the performers could’ve spit on me if they truly wanted to. Stage is raised maybe two feet from the ground. If I were SLO Brew I would invest in a higher stage, replacing the temporary platform system they have going on now.

7/10, If you can’t see the stage, try jumping repeatedly.

Michelle Zauner has a fantastic voice, but I couldn’t hear it in the front row. Vocal mixing seems to be a bit of an issue at this venue, as I recall Cherry Glazerr having the same problem at their show about a year ago. I have no solutions to offer for this issue, but that is because I’m a generally ignorant person.

7/10, Bassist Devin Craig was shredding right in my face so it was still passable.

SLO has maintained somewhat of an active music scene despite it’s relatively small size. SLO Brew and The Fremont are my main venues here, but Madonna Inn Expo had Fleet Foxes the same night as Japanese Breakfast. My sophomore year of HS favorite band Modest Mouse came to Madonna earlier this month. We aren’t quite on the level of Santa Cruz with the size and frequency of the acts, but I’d say we’re definitely on the up and coming.

9/10, The locals are insufferable.

Instructions on how to find a bar/restaurant.

2. Throw said tennis ball across the street. Hit a bar/restaurant.

3. Repeat until you’ve hit every bar/restaurant in SLO.

10/10, If you can’t find a place to eat/drink afterwards, you probably shouldn’t be drinking any more.

SLO Brew has a bar along the entire length of the floor, making it very easy to grab a drink mid show and find your way back into the crowd. At least, I would imagine it to be.

10/10, Were the giant black sharpie “X’s” on both my hands really that necessary?

This venue is extremely new and has that super hip and millennial modern farmhouse style going on. It’s just a straight up aesthetic place.

Being that I knew a fair amount of people there, they were very nice to the other people and ignored me. Japanese Breakfast also plays very friendly sounding music, as in I could never really be angry when listening to them.

10/10, Can’t blame SLO Brew for my lack of social competence.

Park on Monterey Street past Broad, which is also a very good spot for any Underground Brewing Co. events. Or don’t, because if you do, I can’t.

Connor Sullivan is a KCPR content contributor and a third year student at Cal Poly. He visited SLO Brew and found it compelling enough to write this article about it.

Too Much Cream in SLO’s Coffee Scene