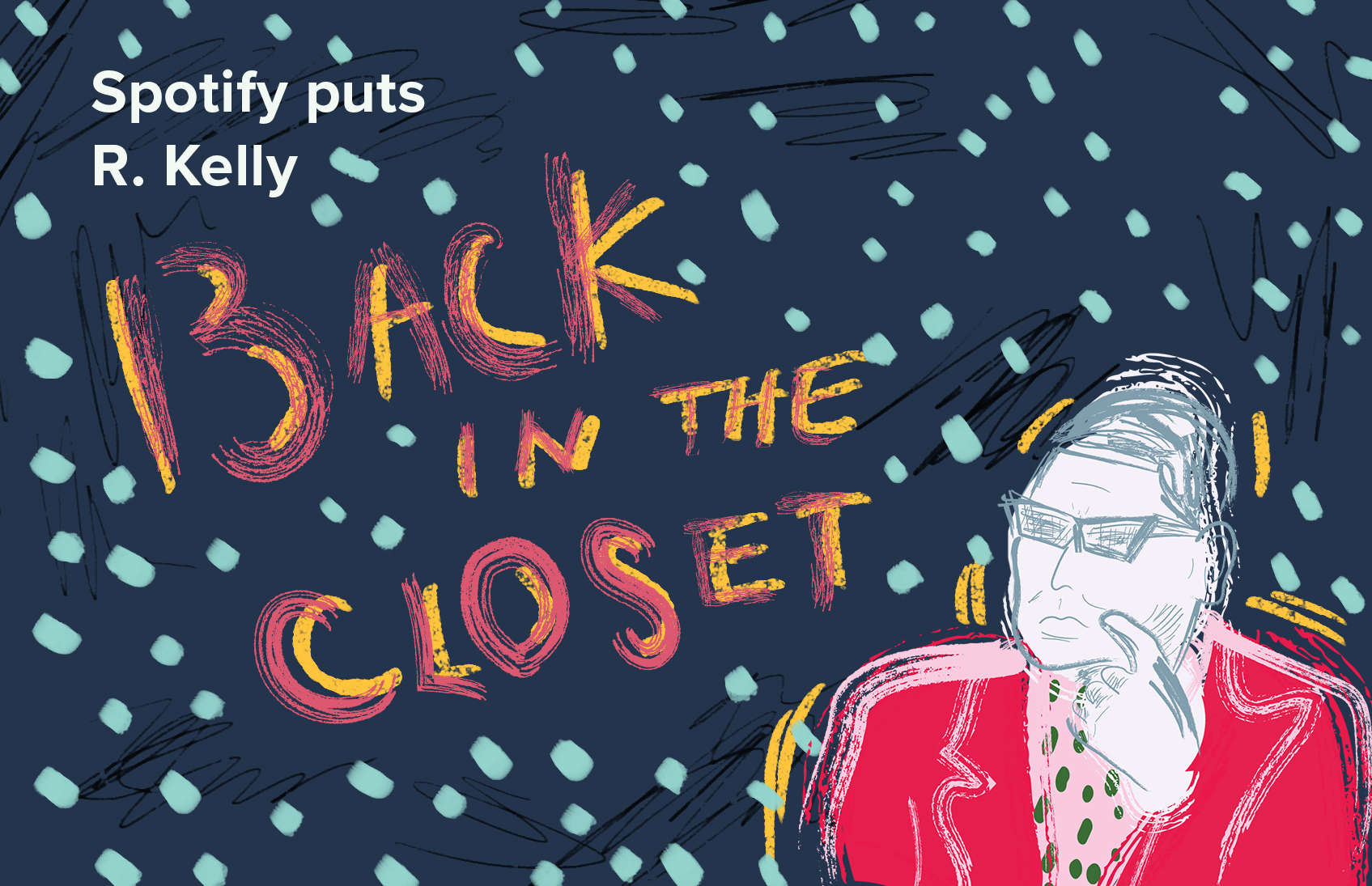 Spotify’s new “Hate Content and Hateful Conduct” policy, in effect as of this month, is designed to promote openness and tolerance by systematically removing hateful content from their promoted playlists and features, as well as algorithmic functions like the Discover Weekly playlist (a program tailored to each individual’s taste).

According to their website, hateful content “expressly and principally promotes, advocates, or incites hatred or violence against a group or individual based on characteristics, including, race, religion, gender identity, sex, ethnicity, nationality, sexual orientation, veteran status, or disability.”

When content of this nature is brought before the team of musical vigilantes, it will either be removed from any promotional platform if the artist under fire is contractually bound or simply removed entirely after consultation with the artist. Additionally, Spotify will no longer promote artists that have engaged in hateful conduct outside of their music, such as domestic or sexual violence. It is difficult to decide where to draw the line on topics like those, so each individual case that is brought to their attention may be handled differently. For some, it may mean being taken off the “Rap Caviar” playlist, while for others it may mean being eradicated entirely.

Spotify tackles the ever-growing sea of music with “overlapping nets” to catch malicious content. This involves technology that filters lyrics and identifies content that has been flagged on specific international registers, as well as having a team of experts from rights advocacy groups to review analyses. Additionally, there are us laymen and laywomen — the everyday listeners that stumble upon hurtful or cringe-inducing content daily — for any freelance civil rights activists, Spotify has created a form with which you can report hateful content for review.

The first change mentioned by Spotify was the removal of R. Kelly songs from playlists not due to the content of his songs, but rather an alleged history of sexual abuse. Several women over the past few years have accused Kelly of sexual abuse and coercion into a “sexual cult.” Kelly also faced child pornography charges but was acquitted in 2008. Rapper XXXTENTACION was also removed on behalf of assault and battery allegations.

This is a rather abrupt switch from the platform they seemed to act upon; just last August, Spotify stated that it would not alter its services in any way based upon “the actions of the individual behind the content”.

However, according to Billboard, Spotify has been enforcing policies that filter hateful content for the “past several years” and have just deliberately decided to not publicize it. Similarly, Apple Music had already stopped promoting R. Kelly on their playlists months ago with no formal announcement.

Interestingly enough, the Spotify playlist “Rap Caviar” from which R. Kelly was removed still contains songs from Rich the Kid, Famous Dex, and Youngboy Never Broke Again, all who have been accused of sexual violence.

The policy also leaves ambiguity for collaborations between artists; does one artist miss out on the promotional benefits of Spotify if someone they collaborated with makes poor decisions? One specific band is Crystal Castles, whose (former) front-woman Alice Glass accused fellow member Ethan Kath of rape last October. In split situations like that, it is unclear whether Spotify would chose to promote or to discourage music from the band.

Meanwhile, there are some very popular and very well respected artists that have spit horrifying lyrics. For example, the his song “Just Don’t Give A Fuck,” Eminem states “Went to gym in eighth grade, raped the women’s swim team/ Don’t take me for a joke I’m no comedian,” yet the song is still on several different Spotify playlists.

Though the policy is an encouraging step for the human rights movement, it is also a slippery slope. Spotify’s playlists and promotional agenda have major influence on all of its listeners, and to simply remove anything that may support hate seems to be a good decision. However, their decision to censor leaves a lot of gray area between what to and what to not back. It seems as though the only moves made thus far under the new policy have been against hateful actions, not necessarily hateful words.

The question then becomes: are the actions louder than the words?

Update as of May 25th, 2018: Spotify has since decided to partially ease the policy after facing a flood of opposition from the industry. Kendrick Lamar threatened to pull his music from the service, while his colleague and TDE president Punch tweeted “Whoa. Are they censoring music? That’s dangerous.” XXXTentacion’s manager responded with a long list of artists (including David Bowie, Dr. Dre, Michael Jackson, The Backstreet Boys, and many more) with criminal allegations that were not punished by the policy.

As a response to the backlash, Spotify will be placing XXXTentacion back on its playlists, but are standing by their decision to withhold R. Kelly from any sort of promotions. Yet R. Kelly, despite being used as Spotify’s main example to fight sexual abuse, actually had about 100,000 more streams on average weekly following the announcement of the policy than before. The main issue with the policy seems to be its selectivity and occasional inconsistency with where to draw the line — yet, their retraction is equally as selective.

Olivia Peluso is a KCPR content contributor and a Cal Poly English sophomore. She takes the airwaves from 2 to 4 p.m. on Saturdays. She wrote the article. Pamela Moidel is a KCPR staff member and Cal Poly graphic design junior. She created the feature illustration.

Spotify Blend: Music in a Mixer