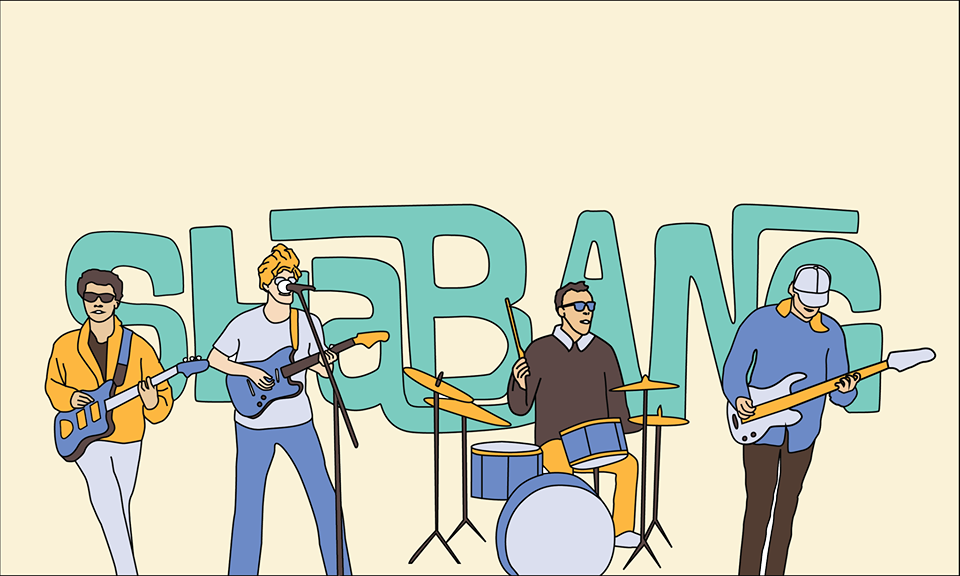 The quaint Laguna Lake is usually a tranquil spot for San Luis Obispo residents to walk their dogs, birdwatch, or bask in the beauty of nature.

This Saturday, however, the once-peaceful park will be overrun with a stampede of people looking to participate in “SLO’s premier culmination of art and culture.”

The festival was not always held at Laguna Lake, however. Ten iterations of Shabang later, a lot has changed, and KCPR member Jo Edmison had the chance to talk to Music Director Jake Schoonmaker about the origins of the festival, what it has become, and the growing pains in between.

Jo Edmison: Can you tell us how Shabang started? What were the concerts original roots?

Jake Schoonmaker: So, the Shabang started about four-ish, five-ish years ago. Carson Stone and Greg Golf wanted to throw a party to end the year. Their idea location was the top of Cuesta Ridge. The band I was and still am in, William H. Klink, always wanted to play a show on top of Madonna.

It [Shabang] was just a pipe dream, however.

Greg and Carson were friends of the band and approached members Angus Chang and Alex Schwend about the party they were gonna have and were just shooting the shit on how cool [it] was gonna be, and Angus offered up our services for live music… it ended up just kinda being more of a show than a party, but the party was still a large aspect.

Greg and Carson had their party, myself and the rest of Klink played a show on top of a mountain.

All parties loved it, and the folks who showed up had a great time, so, we decided to do it again – bigger and better – to kick off the next year of school when everyone returned.

JE: What has changed since then? How has it grown?

JS: It has grown exponentially.

The original Shabangers were all friends of ours, and the first one consisted of about 40 people, all of whom helped in making it happen; it was a majorly communal endeavor.

The following Shabang had about 150 people and we started having people we didn’t recognize from other groups who heard about it through word of mouth.

Now, after moving to Laguna, the original Shabang cast of folks have kinda moved on aside from a select group. It’s still a communal effort, but it’s more streamlined and made up of people more interested in the idea of Shabang rather than friends looking to party.

And, the crowd is incredibly diverse and is mainly a bunch of kids I’ve never seen before looking to have a good time. It means a lot that it was such a personal thing for us at the beginning and meat so much to us who were involved.

Seeing that passed to a new crop is amazing.

Having it mean something to people who weren’t there at the start is amazing.

JE: What is the main purpose of the concert? How do you decide what bands get to play?

JS: Shabang was, and always will be, a charity event. We like to give back to the SLO community as much as possible when we do this.

We want it to be a positive force and a force that unifies people from all around.

With that being said, it’s fun and it always was. It was something that we’d be doing whether or not it had a following. As a band, we started it because we had nowhere else to play and wanted to play badly.

As a collective, it was a way to bring all of our closest friends together for an evening and bond over good times in a beautiful place.

As for picking bands, that’s mainly my job. It has never been an easy job. At the beginning, no one really knew what it was, so Klink was the only band playing for the first few.

Once people realized what we had going, a bunch of local acts wanted to be a part of it. It was hard turning people away that wanted to play due to lack of spots, but it’s only gotten worse as time goes on.

This year, we had nine slots for bands. Only four of those spots went to locals.

I’d say just about every local act you’ve heard of has contacted us to play, as well as a wide array of mid-level bands across the state. It’s super lovely and I wish we could have more availability for them, but for now, it’s a matter of whittling it down.

I go for bands I look up to when booking touring acts. Bands I know that locals are into and will come out to see.

As for the locals, I try to get my favorite local acts and I try to mix it up every Shabang as to not have too many acts returning to play sets, so everyone gets a taste of the action.

Also, manners are important and etiquette when going about looking to play the festivals is important to me.

The locals on this bill are such wonderful people and musicians – it was an easy choice. The music their making is incredible and needs to be heard.

JE: What can people expect at Shabang this year? Any new exciting features?

JS: Expect it to be better than ever – and one of the best days you’ve had up until that point.

As for new features, Respect the Funk is bringing on a silent disco and a crazy show barge on wheels. That’s going to be so sick, it’ll blow a few minds I’m sure.

We will also have our wonderful sound guy, David Chick, bringing more sound equipment for louder, blow-your-pants-off music. For the Shabang staff, this year has been one of the most efficient and trusted.

Everyone involved is amazing and does their job so well.

Greg Golf, Carson Stone, Alec Schwend, Ryan Snow, Sawyer Whalen, and Myles Franklin are the guys who make the magic happen. They’re behind the scenes making sure that everything day-of is smooth and functioning.

Without any one of them, the Shabang wouldn’t be what it is. Not to mention the rest of the team and our ambassadors and volunteers are just amazing at everything they do.

Without the people that come out, the Shabang isn’t anything. So the people coming out need to expect to hold that flag high and proud. We love the people and they get better and better every event.

Did I mention the lineup? The lineup is sick.