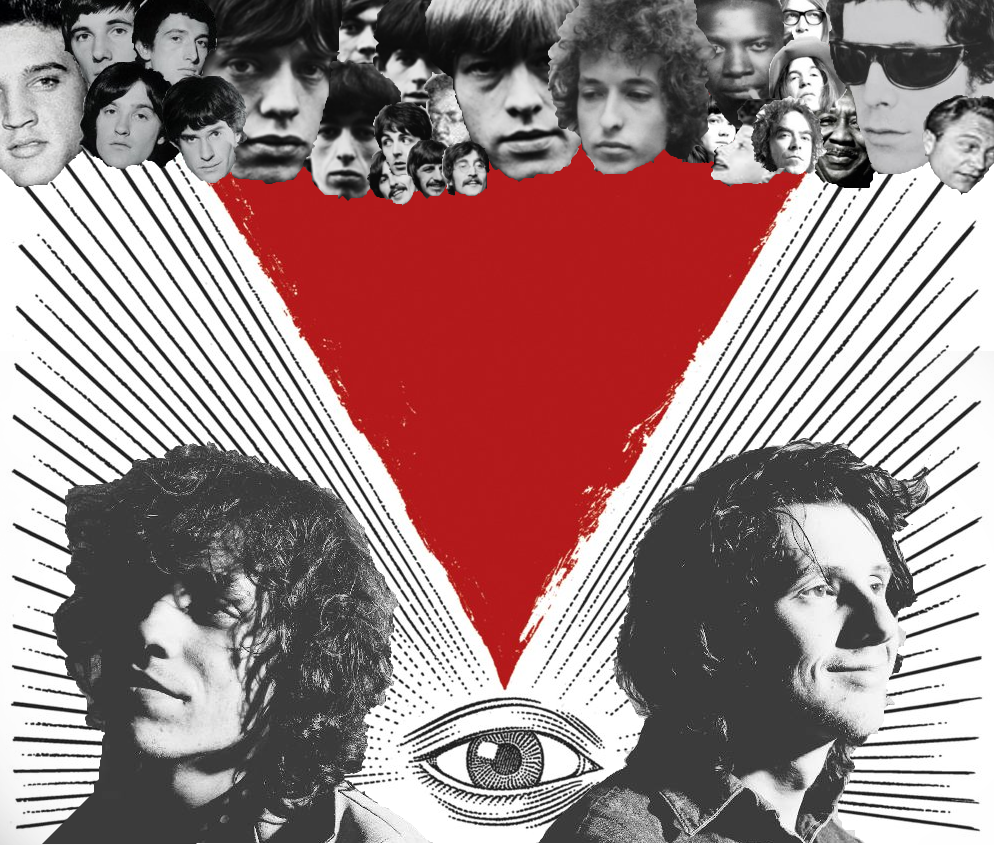 It all started with a comment from February 11th, 2013. A slightly younger me was browsing Ultimate-Guitar.com for some tablature to learn my (at the time) favorite songs on my trusty Stratocaster.

I had decided to learn Foxygen’s song “Shuggie,” as I had recently heard it on satellite radio and I thought it was one of the most innovative songs of the time. Until I saw it.

15-year-old me was taken aback.

Back then, I was unexposed to just how much of the music industry relied on borrowing from other artists. I defended Foxygen in my head and moved on. As I got older, though, I began to see just how many musicians take inspiration from, sample, or straight up copy other artists.

Foxygen’s album, Hang, released in January, fresh on my mind. I was sitting in my lecture for Psychology 202, when my professor played the song “Suspicious Minds” by Elvis Presley for the class. The chorus came around 40 seconds in, and I could not help but be astounded. It was incredibly reminiscent of Foxygen’s “On Blue Mountain.”

And in that moment, I realized something: maybe gabe.w from Ultimate-Guitar was right.

After class, I decided to revisit my favorite Foxygen album, We Are the 21 Century Ambassadors of Peace and Magic, with a keener ear. The influences become strikingly obvious if you are listening for them – it is hard not to hear The Velvet Underground, Bob Dylan, The Rolling Stones, The Kinks, the list goes on. Their album …And Star Power borrows from ‘70s rock and ‘90s experimental music. Their newest album, Hang, is no exception either – it takes its entire sound from vintage Hollywood’s glamorous tunes.

But Foxygen is no stranger to criticism for wearing their inspirations on their sleeve. They were called out for shamelessly appealing to nostalgia in Pigeons & Planes’ article titled “Foxygen, Authenticity, and Retromania: What Has Become of Rock & Roll?” Noisey author Drew Millard said that their work “lacks any sort of intrinsic value” and is “pastiche, and not in a fun way” in his article “Here’s Why Foxygen Sucks.”

And, to be honest, these articles are great reads. They are valuable criticisms of Foxygen’s style, and they raise a lot of good points.

Does having distinct musical influences compromise the validity of Foxygen’s work?

Before we answer that question, we need to talk about Led Zeppelin. They are widely regarded as one of the greatest rock bands of all time. Surely, there is no way a band reached such critical acclaim by copying other artists.

Well, that is not exactly the case. Not only did they take inspiration for their sound from other rock bands at the time, they completely copied other songs – without giving credit.

For a few examples, we can look at Joan Baez’s “Babe I’m Gonna Leave You,” of which Led Zeppelin did a rendition without giving credit. Similarly, they borrowed heavily from Jake Holmes’ “Dazed and Confused” without even acknowledging him until 2012. They also borrowed from blues legend Muddy Waters’ song “You Need Love,” though they did arrange the title to “Whole Lotta Love.”

Does this take away from the merit of Led Zeppelin?

Of course not – even those who know about their ‘influences’ still value their music because of their sound and style. They were talented instrumentalists, and sonic innovators, not songwriters and lyricists.

If Zeppelin can get away with completely copying songs, without giving credit, and still be praised as a band that changed the face of rock music, Foxygen can be an enjoyable listen despite their obvious hearkening back to an era in music.

Sure, it’s true: they do not hide their influences in their sound. In fact, they flaunt them unabashedly. That is the beauty in their work. They have a distinct style and sound that is their own, even if it is an amalgamation of artists that came before them.

Listening to Bob Dylan, The Beatles, The Kinks, and The Velvet Underground is one thing. But all art evolves, taking inspiration from the past and viewing it through a modern lens.

Only one band envelops their sound into a grand, contemporary package: Foxygen.

Jakob McQuade is a KCPR DJ and Cal Poly journalism student. He wrote the article and created the illustration.