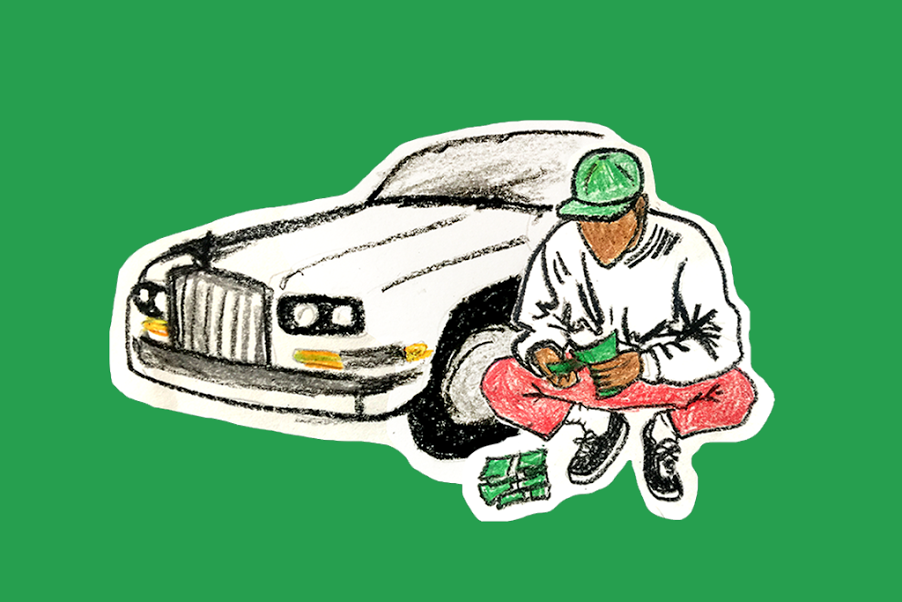 With popular media platforms such as WORLDSTARHIPHOP and Lyrical Lemonade pushing out dozens of videos every couple days, it’s understandably easy to miss out on some hip-hop gems.

Whether you’re a solidified trap rapper or an up-and-comer, blowing up on WORLDSTAR can heavily influence your career.

Naturally bangers will rise to the top and weaker tracks fall by the wayside, but prioritizing your listening on popularity can often lead to a waste of your time while slaps get left in the dark. To help weed out the trash from the treasure, here are our favorite picks of late:

When Trippie Redd moved from Canton, Ohio to Atlanta, he discovered a sound that separated him from other clout goggle-touting, face-tatted, Soundcloud-rooted artists with his unrefined raspy singing voice that allows him to be subversive in how he deflects being boxed into a specific genre of music.

While being compared frequently to Lil Uzi Vert, which Trippie will deflect, he carries a similar type of artistic appeal and rockstar-like persona that is brought further to light with a Cole Bennett-produced music video. Bennett prefaces the song by flashing a quick title graphic of Trippie’s name in the famous Def Leppard rock band font as a way to make a statement that Trippie is more than hip-hop.

While Trippie Redd may seem to impede on Lil Uzi Vert’s territory, listeners should seek to appreciate his anti-genre approach as an artist and acknowledge Cole Bennett as being a major player in developing the visual expression of the underground/SoundCloud music scene.

Recent successes like Denzel Curry and Kodak Black have put South Florida on the map as a hip-hop hotspot. One up-and-comer that’s contributing to this trend is Bruno Mali out of the Little Haiti neighborhood of Miami.

With a smooth verse from fellow Miami rapper, Rick Ross, and a booming production with crazy layers of bass throughout, Mali has an instant banger with “Monkey Suit.”

The first two minutes of the video shows Mali and Ross flexing their acting chops as they create a quick storyline for the song, but what follows is pure energy and excitement. Mali’s Haitian background gives his vocal delivery an authentic sense of grit backing his bars.

Ross puts up a solid verse, but Mali is the true star of the show. Mali’s verses impressively touch on the struggles of growing up in Miami, a city with one of the largest income inequality gaps in the country. “Monkey Suit” is everything you want in a trap anthem and will hopefully provide Bruno Mali with an audience to expand upon.

Coming from Baton Rouge, Louisiana, rapper Kevin Gates carries a Dirty South perspective in the content of his lyrics that is often misconstrued in the mainstream as being hypersexual and disrespectful. However, while some of Gates’ words can seem strange or uncomfortable, it is his willingness to be honest and transparent in what he experiences and how he expresses it through his music that truly separates him as an artist.

While currently serving a thirty-month prison sentence for a battery charge after kicking a fan while performing on stage in Florida, Gates has been away from the public eye as his hit songs “Really Really” and “2 Phones” from his 2016 album Islah drifted out of radio play. As Gates gets closer to being released from prison (June 2018), he has reestablished a social media presence with the hashtag #FreeGates that allowed him to build hype for his latest album By Any Means 2.

The track “Imagine That” off this recent project carries a refreshing voice from Gates with an endearing and vulnerable feel to his words.

Gates and his wife Dreka recently converted to Islam, which seems to have caused a shift in how he carries himself, as he has become more of a vocal father figure for his children, Islah and Khaza, which is reflected in By Any Means 2.

In the music video for “Imagine That”, Dreka and Islah star in an uplifting but solemn representation of what life is like without Kevin at home. The black and white visuals and Free Gates messages intermixed throughout the video indicate a sense of tight-knit community that is missing a crucial piece and with Islah singing along with her father’s words, it can tug at the heartstrings as you see a lionhearted child trying to keep her head up while her father is away.

By having those he is close to speak for him, Gates displays his maturation as an artist and individual as he expresses a humbled, selfless, and family-centered approach to the life around him. With a music video as powerful and transparent as the track, Gates is making a statement of commitment to his loved ones while also putting forth a new image that could hopefully reshape the way he is portrayed in mainstream media.

Still having yet to make his mark on WORLDSTAR’s radar, this Fort Worth, Texas native caught my attention from the moment this song was released. After signing to OG Maco’s OGG label last year, $pud Boom received his deserved exposure. A retweet from someone trying to promote their newest signed artist is easy to ignore, but luckily I took a chance on Boom’s “Lethal.”

The video is mostly just Boom jumping around in an empty field, but nonetheless it adds to the track giving it an even raw atmosphere. The overtly aggressive and violent trap sound might not be for everyone, but fans of the sound shouldn’t miss out on one of the hardest cuts of the year.

Toronto rapper and singer Tory Lanez is no stranger to booming, extravagant bangers. The orchestral synths that ride throughout “Bal Harbour” are a Tory Lanez staple. Ominous traps beats paired with his dark autotuned voice have solidified Lanez’s sound, as highlighted on songs such as “Traphouse” and “Litty.” A$AP Ferg’s wavy style lends well to the track as his feature provides the song with some character, a trait that I find Lanez often lacks.

While the song is undeniably dope, it’s actually the music video that keeps me coming back time and time again. The video uses a unique animation style as Tory and Ferg rob banks and parachute out of highrises in the upscale Bal Harbour district of Miami that the song is titled after. The exaggerated animation works perfectly with the track to give this banger an even larger-than-life personality.

Noah Simpson is a Cal Poly political science junior, a KCPR content contributor, and on-air DJ. Matt White is KCPR’s Promotions Director and a Cal Poly journalism senior. If you liked their guide to trap music, be sure to check out Noah’s radio show from 8-10 PM on Wednesdays. Marley Thuma is a Cal Poly senior in the college of liberal arts as well as a KCPR artist and DJ, playing tunes from 2-4 PM on Sundays. She created the cover artwork.

The New “Batman and Robin” of Hip-Hop