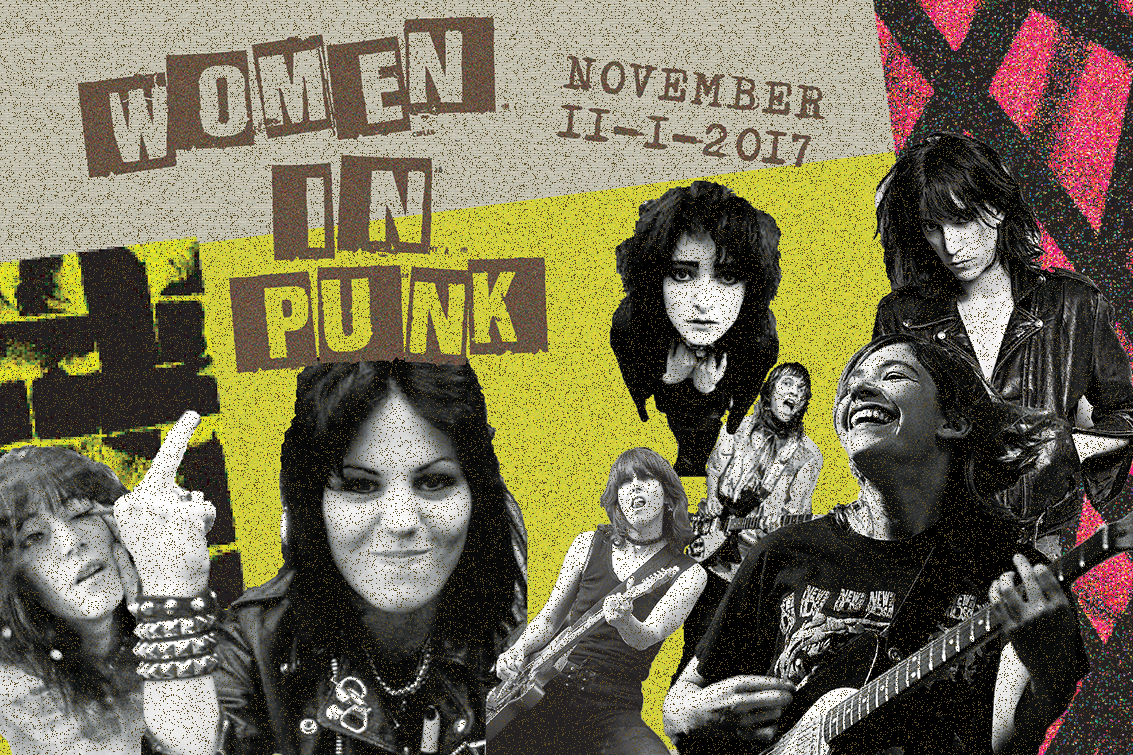 Within the last five years, the music industry has had an unprecedented explosion of women changing the face of music and giving its expressive facets an entirely new meaning.

Historically, women have been the shoved aside and ignored in nearly every industry imaginable, forced to keep quiet and take a backseat to male influence.

Punk began (and continues to exist) as a rejection of mainstream pop music, the perfect way for female artists to express their growing discontent with being silenced in a still male-dominated industry.

As women blast through the preconceived notions of the music industry, they pave the way for future musicians to take hold of their talents and illustrate decades (or even centuries) of oppression through nearly every genre of music.

Punk has carried a strong female influence since its conception in the mid-1970’s. Heavy metal and rock dominated the popular music scene in the late ’60s and ’70s, almost excluding women altogether. As punk music developed, its counter-cultural nature gave way to heavy participation from women.

Contrary to a number of other popular genres today, women have defined punk rock from the beginning, acting as lead vocalists, instrumentalists, and fashion icons in the punk scene.

Patti Smith is an undeniable early pioneer of punk, breaking out into the punk music scene in the early ’70s and helping to define an entire genre to this day. Her messy unkempt black hair turned her into an icon for female musicians tired of being held down by the restrictions of male-dominated rock music.

She paved the way for women of the era to scream that they couldn’t care less what they “should” be doing. Her defiant attitude and loud, politically charged music was among the first of its kind.

In addition to being untestable pioneers in a still living genre of music, female punk musicians still faced large opposition to their music. Joan Jett, another early punk musician, defied music standards up to this point by forming the all-female band The Runaways. Jett inspired women to have a voice within music in the US and across the world alike. Her similarly styled “don’t care” attitude led to an unprecedented level of free expression for women in music.

With a seemingly unending list of music firsts, women in punk have paved the way for female musicians in nearly every genre. Many of these women were not recognized for their contributions to music until many years after their initial releases, despite wide popularity.

Today, recognized as music legends, a growing number of these breakthrough punk women are being inducted into the Rock & Roll Hall of Fame. Their influence stretches far beyond the punk music of today, many artists outside of the genre cite early punk women as a massive influence on their music. R.E.M.’s Michael Stipe has even stated that on the day of the release of Patti Smith’s Horses, he decided he was going to start a band.

Even today, female-dominated punk bands are breaking grounds with music that challenges the norms of today’s society.

Most notably, female-dominated acts like Sleater-Kinney, Cherry Glazerr, and Potty Mouth are calling out the never-ending inequalities still plaguing the music industry and all of modern society. With abnormal outfits and uncensored music, these women are fighting for the equality they deserve in the mainstream music. Potty Mouth’s Ally Einbinder formed the band after feeling snuffed and hushed from male members of previous projects.

While the influence of women continues to grow in music, many still face opposition to their music in the form of industry sexism. Unable to escape this looming cloud of attempts to hush their voices, unparalleled numbers of women are creating emotionally charged punk rock on par with their ’70s, ’80s, and ’90s predecessors. Still acting at the forefront of the genre, these women are gaining popularity with their music and inciting the change they are desperately fighting for.

Without punk women, the music scene today would be vastly different.

Their music has incited social change and musical evolution. Even as the genre is being redefined and changed, strong and powerful women lead the charge against injustice in the music industry and elsewhere.

Their untamed passion for raw, charged vocals and strong instrumentation shows the willingness of punk women to go the extra mile for what sparks their unmatched artistic abilities. With more festival slots, more label signings, and higher record sales than ever before, these modern-day punk trailblazers are proving that no matter how hard they are pushed, they will never be silenced.

Izaac Tompkins is a Cal Poly Environmental Sciences sophomore and a KCPR DJ, spinning disks as El Barto from 10 AM to 12 PM on Sunday mornings. He wrote the article. Hana Shiozaki is a Graphic Design fourth year and a KCPR DJ, playing songs as Meraki from 10 PM to 12 AM on Mondays. She created the artwork.

The Controversial Weather Segment That Really Shouldn’t Have Been