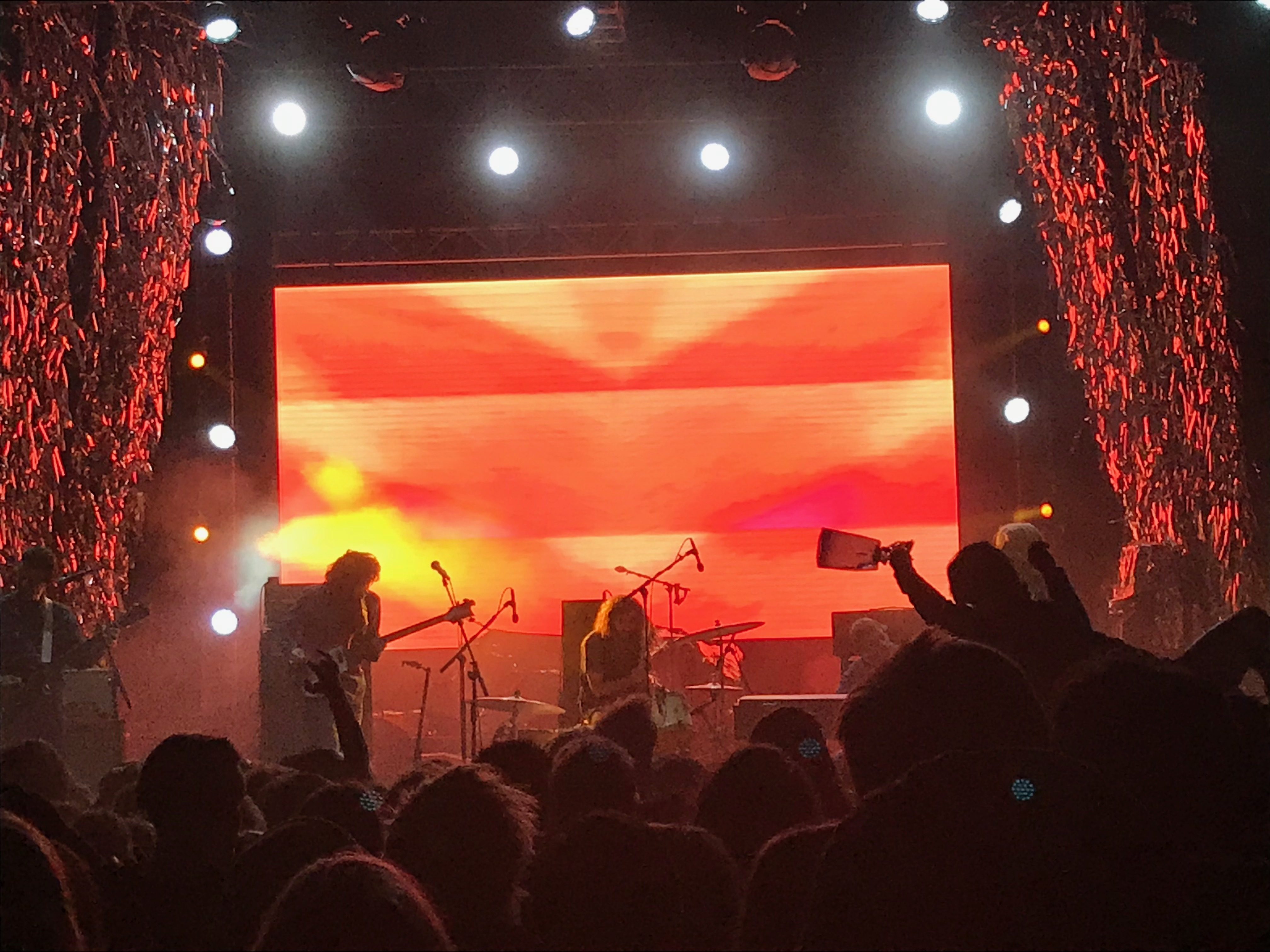 Originally conceived as an eleven day psychedelic retreat in the middle of California’s high desert, Desert Daze has evolved to the ranks of Coachella and Outside Lands, providing three days of art, food, and some of yesterday and today’s biggest acts.

Strung out in the desert heat and surrounded by nothing but open arid land, the sounds of fuzzed out guitars emulated the dusty haze in the air. From dusk to dawn and late into the night, bands and musicians of all kinds filled the high desert with beautiful noise.

Boasting one of the most diverse and impressive lineups this decade, Desert Daze definitely delivered. Be you a fan of metal, punk, psychedelic, or even classical, this festival could satisfy your musical palette.

Not every festival curates current greats like Twin Peaks and Ariel Pink to share a stage with avant-garde minimalist composer Terry Riley, but Desert Daze is an important exception.

Joshua Tree, California is a national park, protected by the U.S. government for its natural beauty. Nearly halfway to the California/Arizona border, Joshua Tree is quintessential to the American Southwest, presenting rough terrain, seemingly infinite openness, and crisp, dry heat. 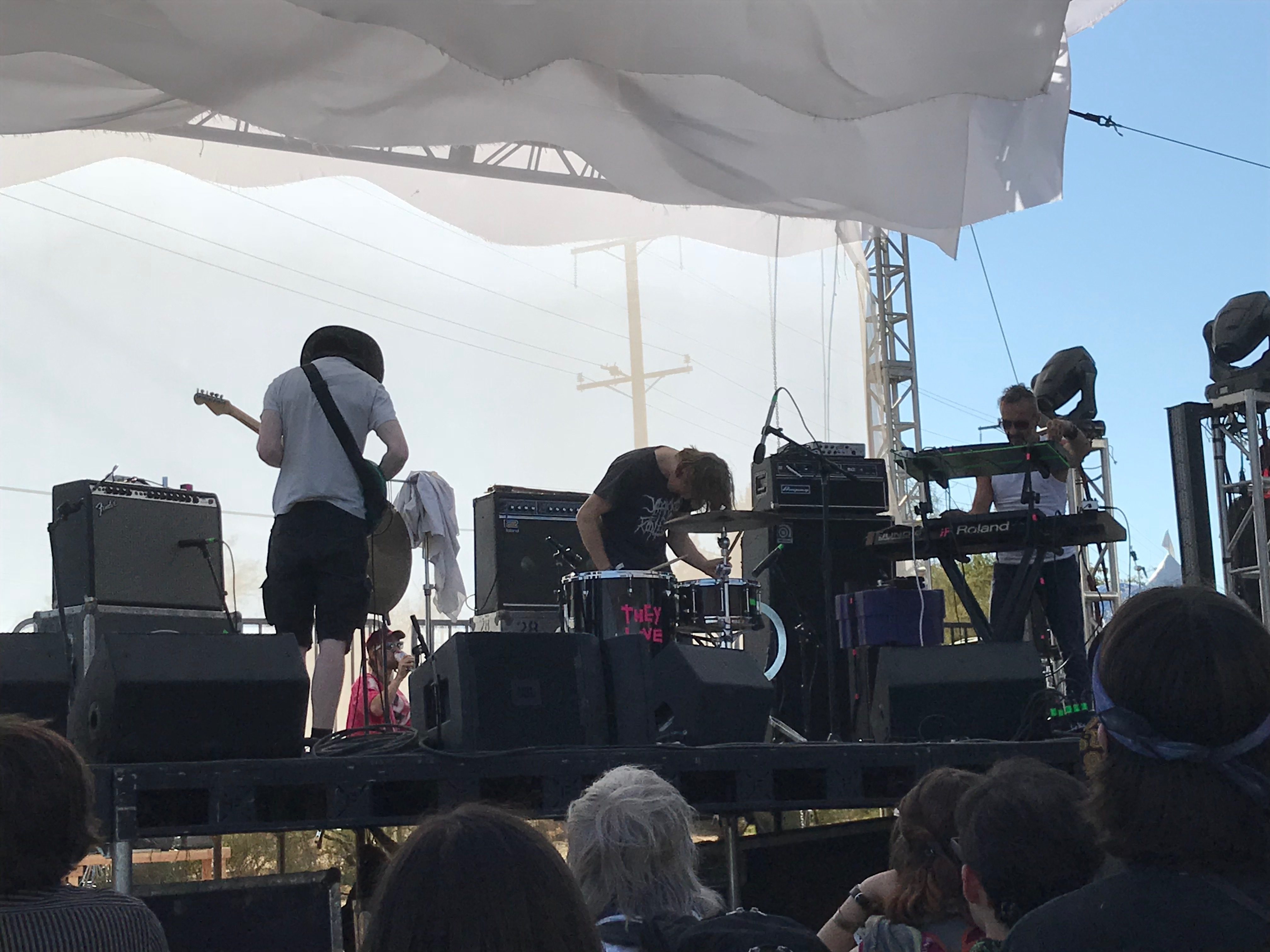 Taking place at the Institute of Mentalphysics, Desert Daze instantly took on a spiritual sense, as the spiky trees and cacti of the desert melded with the psychedelic imagery of the festival. The center, which is on “420 acres of pristine desert land” was founded in 1941, and is often used for spiritual retreats and discussion of “the science of Mentalphysics,” a combination of eastern and western religious thought.

With buildings designed by the likes of Ding Lei Mei and Frank Lloyd Wright and employing the methods of sacred geometry, this is the perfect venue for a weekend getaway of music and art.

The desert environment worked as a perfect background for the festival as bands like The Babe Rainbow filled the hot day with grooves and rhythms while acts like Boris and Sleep send reverberations through the desert sands under a purple sunset.

Comprised of three main stages, two outdoor and one in a massive tent, each act melded well into the arid atmosphere. Many of the accompanying visuals added an extra layer of psychedelia to the show, as acts like Panda Bear and King Gizzard and the Lizard Wizard performed in front of wildly abstract and interesting video displays.

Among the ranks of bands and artists performing at this festival, there were a few stand out acts that caught my attention and made this a weekend to remember.

A band I’ve been wanting to see since I heard their 2015 album Bleak, Los Angeles-based shoegazers Froth exceeded my expectations. Performing in front of a psychedelic light display, Froth’s daytime set brought the dust up as they powered through songs like “Contact” and “Shut the Windows” off of their 2017 album Outside (Briefly) as well as my personal favorite, the 2015 track “Afternoon“. 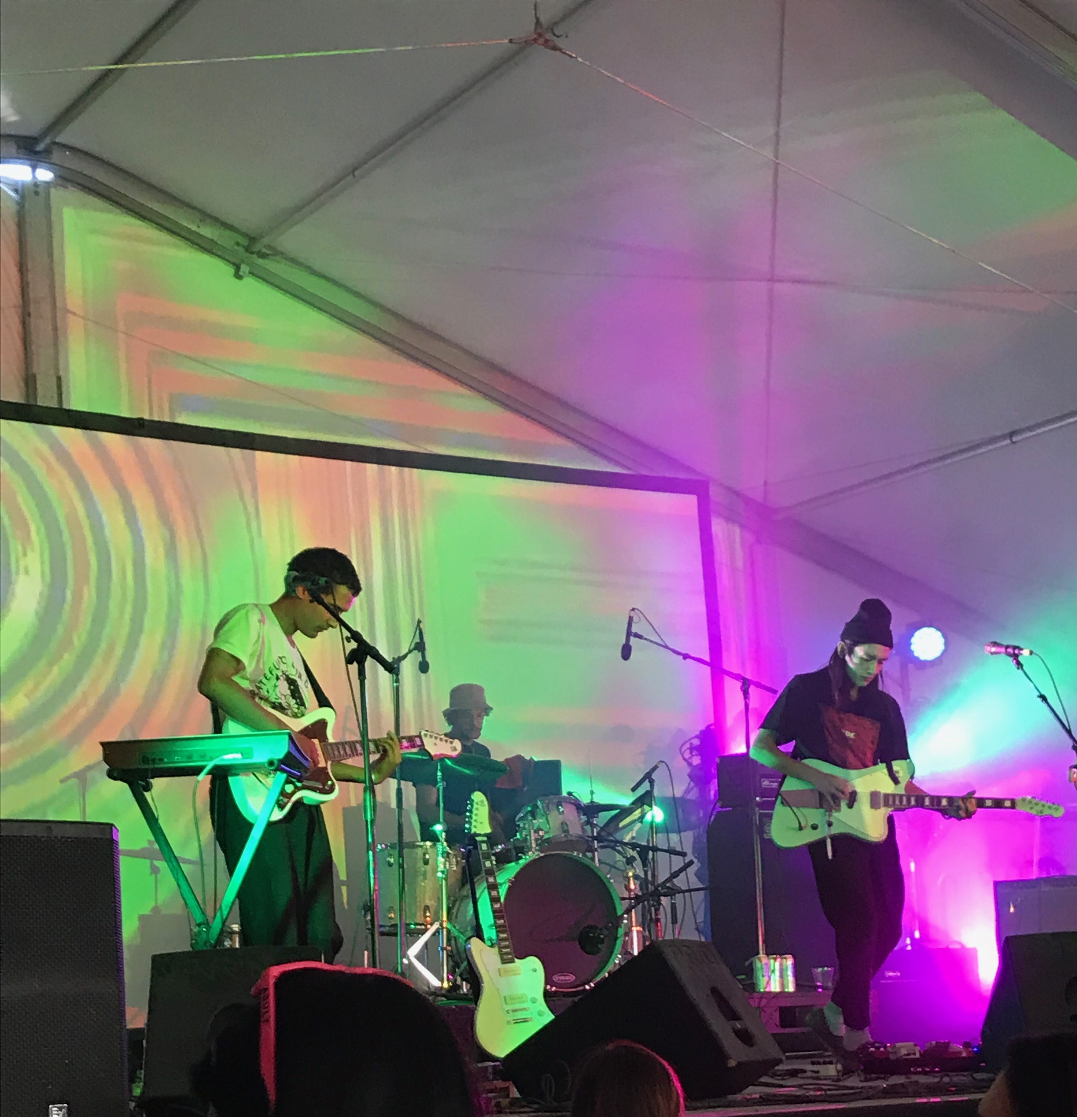 Another exceptional daytime performance was given by fellow L.A. rockers Frankie and the Witch Fingers, whose powerful set matched the midday desert heat. With a sound straight from the garage-rocking ‘60’s and a style to match, Frankie and the Witch Fingers fit in perfectly at the festival, mixing fuzzy riffs with fast rhythms. Fans of other performing bands such as Mr. Elevator and Dopey’s Rope found satisfaction in these up-and-comers’ psychedelic set.

One performance that truly stood out to me was that of Panda Bear, ¼ of the group Animal Collective and the creator of much solo work that I adore, including 2007’s classic Person Pitch. Having seen him perform with Animal Collective in the past, this was a different experience, as he stood on the stage solo, with just a DJ setup and his Brian Wilson-esque voice.

With repetitive, hypnotizing beats under soft, melodic vocals, Panda Bear’s set was tied together with the intense visuals broadcast behind him, including fast snippets of old cartoons, commercials, and a truly mesmerizing clip of lips morphing into fruits and vice-versa.

Throughout the desert landscape of the festival were numerous art installations boasting avant-garde themes of psychedelia, spirituality, and alternate dimensions. Ranging from homemade VR headsets with virtual worlds designed by artist Vinyl Williams to skull-headed mannequin sculptures by Oliver Hibbert, Desert Daze was teeming with creativity.

In a small building called the Noble Hall, experimental films, movies, and music videos were broadcast, including a range of unreleased material from popular Adult Swim shows Tim and Eric and Rick and Morty. Visitors were required to take off their shoes and invited to sit, lay down, and chill out on the comfy carpeting of the hall while these wild videos played. Electronic artists such as Washed Out and MNDSGN also made special appearances here, providing those seeking refuge from the desert heat with mellow, intimate sets.

Discussing the festival with my friend and fellow KCPR DJ Spenser J, we analogized the show to an all-you-can-eat buffet; there were so many good acts, artists, and vendors that we were satisfied for the nearly forty-eight hours we spent at the Institute of Mentalphysics.

Be it the gourmet food served from companies all over America., the variety of art and film displayed around the festival, or the historic lineup filling the three days with music, Desert Daze 2017 was a festival to remember.

Ian Ridsdale is KCPR’s Editor-in-Chief and takes over the airwaves from 4-6PM on Saturdays as DJ Ridsdale. Aside from his work at the station, he is a Cal Poly Political Science junior. Spenser Judd is a KCPR content contributor and DJ, broadcasting his favorite tunes over the airwaves as Spenser J from 2-4PM on Saturdays. They attended Desert Daze and documented it with these words and photographs.