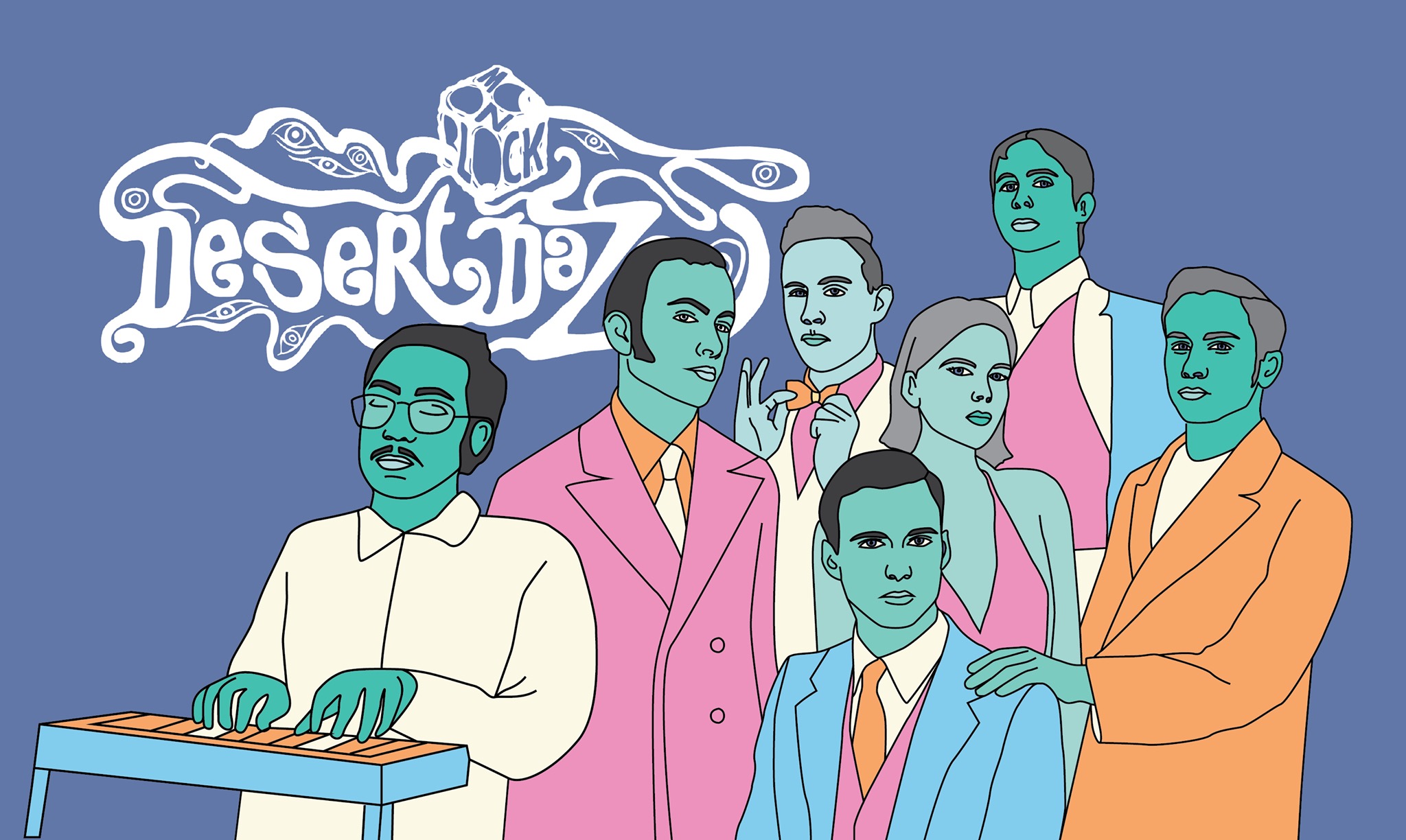 Another rotation around the sun brings the sixth installation of the Desert Daze Music and Arts Festival to Joshua Tree, California.

All walks of life are welcome to come out of the woodworks Oct.12-15, to the Institute of Mentalphysics for a restorative weekend of camping and music.

The stellar lineup is a little overwhelming. With headliners like Iggy Pop, Spiritualized, Ty Segall, and Kurt Vile, it could be easy to miss out on the smaller artists performing. Before you tune out and take the trip to Joshua Tree, check out this list of the more obscure artists that you need to see.

In 1964, Terry Riley launched the Minimalist movement after recording the revolutionary classic “In C.”  At this time, he created a new concept of music that was based on interlocking repetitive patterns. His discography altered the course of 20th century music history and has inspired the likes of Philip Glass, Steve Reich, and The Who.

Riley will grace the stage of Desert Daze along with his son Gyan Riley to perform his newest improvisations on Saturday Oct 14. Stop by his set to gaze upon hypnotic, multi layered compositions that will surely spread your head.

Are you craving your next fix of psychedelic punk rock? Whether or not your answer is yes, keep your eyes peeled for the Paris-based band La Femme.

France’s hottest band met online in 2010 and have gained a massive following in their 7-year existence. After their debut album Psycho Tropical Berlin  was released, La Femme hoodwinked the music industry by touring the US with only $3,000. Once the tour came to an end, the band was signed and introduced to pop stardom.

Make sure to to treat your ears and check out La Femme on Spotify before seeing their set at Desert Daze.

Give your feet a rest from walking around the campgrounds and take flight with Khruangbin on Sunday Oct. 15.

A small barn in the 300-person town of Burton, Texas gave rise to the surf-psych trio in 2013. By embedding the stylings of Thai funk into their music, Khruangbin stands out as a unique blend of influences.

After being featured on Bonobo’s “Late Nite Tales” mix, Khruangbin quickly gained recognition and was given the opportunity to record their debut record The Universe Smiles Upon You.  Make sure to check out their single “Two Fish and An Elephant” and their weekly DJ sets on Facebook Live.

In the mood to broaden your musical horizons? Take the trek to Black Moth Super Rainbow’s set on Saturday.

A gathering of musicians including Tobacco, Power Pill Fist, The Seven Fields of Aphelion, Father Hummingbird, and Iffernaut came together in 2002 to form Black Moth Super Rainbow. During their 15 year run as a band, BMSR have performed and collaborated with the likes of the Flaming Lips, Beck, and Mike Watt.

From playing local house parties in Philadelphia to packed-to-capacity shows at festivals like Sasquatch! and SXSW, Black Moth Super Rainbow remains as one of the most cult-acclaimed artists in the Desert Daze lineup. Check out BMSR’s first album “Falling Through a Field” to get a feel for their experimental sound.

If you find yourself misdirected while at Desert Daze, get a new perspective by sticking around for the Los Angeles-based producer MNDSGN (pronounced “mind design”).

MNDSGN grew up in south New Jersey, raised with gospel music at church and B-Boy culture at home. After experimenting with beat-making throughout his youth, MNDSGN released his first mixtape 3P on Bandcamp in 2009. Over the next few years, he established a foundation in the hip-hop community by forming the influential Klipmode collective alongside fellow producers Knxwledge and Suzi Analogue.

MNDSGN’s career flourished once he moved to Los Angeles in 2013. Around this time he collaborated with Danny Brown on “Sweeney Song” and was signed to Stones Throw later that year. During his 8 year career, MNDSGN has released around 10 eps, 2 mixtapes and 3 studio albums.

Take the dive into his discography and check out MNSDSGN’s bandcamp before heading out to Desert Daze.

More artists to check out:

Spenser Judd is a Cal Poly journalism junior and a KCPR DJ, taking the airwaves as Spenser J Saturdays 2-4PM. He wrote the article. Whitney Engelmann is KCPR’s creative director and a Cal Poly graphic design senior. She created the artwork.