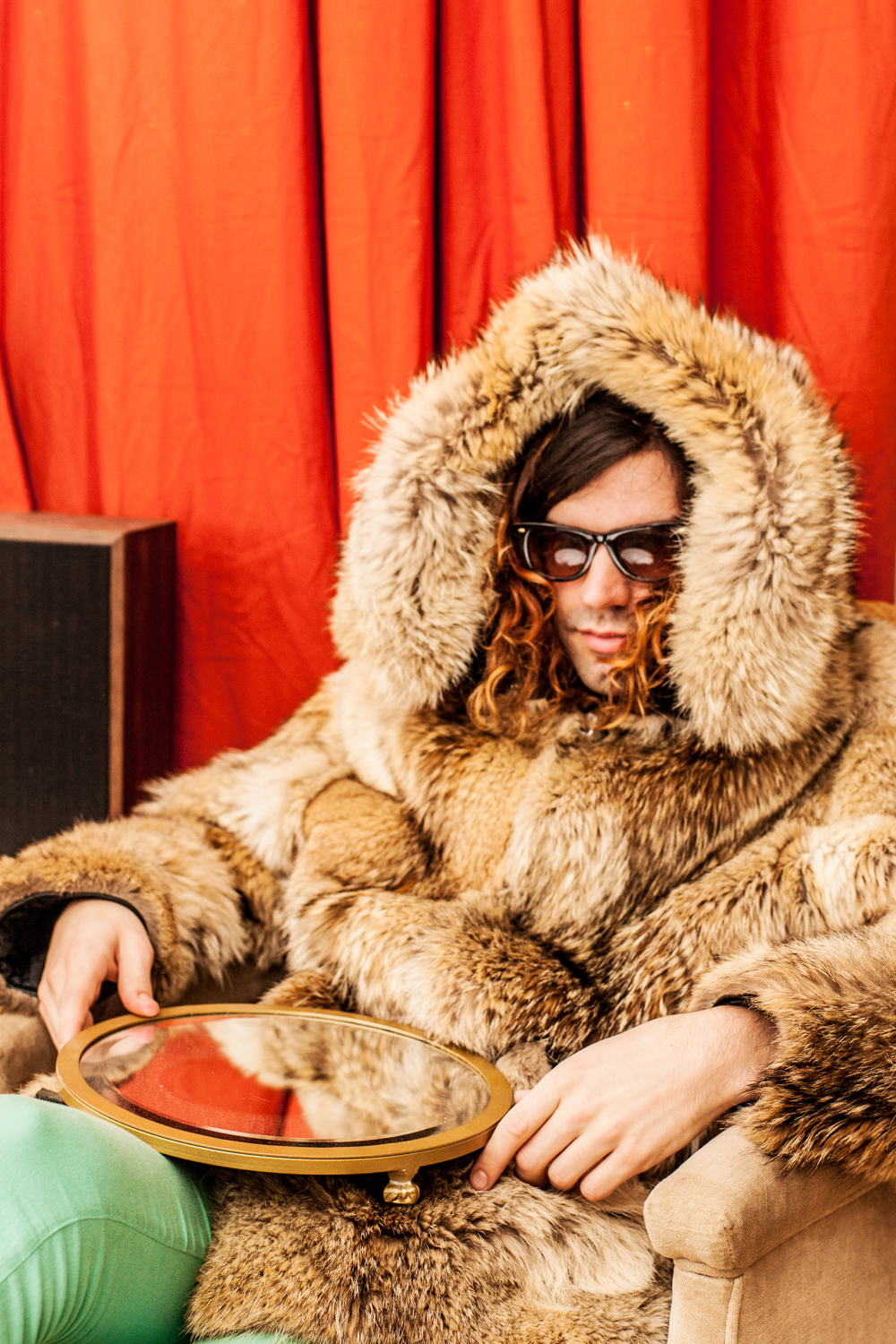 KCPR’s DJ Dionysus sat down (in different states, at different times; this was an email interview) with Suzie’s Mark Ritsema to chat about his recent release – Deluxe.

This is the first incarnation of a new series, The Undertow, which focuses on new music with the ability to pull you in fast n’ hard, make you dance during your bus ride to school, kick you in the gut, and make your mascara stream down your cheeks, but only if you’re lucky enough to find it.

Dionysus: First off, Suzie is your solo project that seems to be dealing with a lot of the frustration and loneliness of young adulthood. What was the spark that started Suzie?

Mark Ritsema: Suzie was sparked while I was playing with Night Moves. When we got signed to Domino, the feeling I got was, “Okay this is a huge commitment, and I’ll probably have to invest all my time and energy into this from here on out.”

So I started thinking of what music meant to me and what I really wanted. Night Moves was collaborative, but I had limited control. I decided to say “the hell with it,” and I left.

The Suzie sound has been something I always wanted to create, but I didn’t learn how to express myself ‘till I was a little better at making music. I got the idea that Night Moves was gonna be like, “okay guys, this is Big League, no mistakes okay?”

Starting Suzie, I could just create music without worrying about that – I like the mistakes. You know what music without mistakes sounds like? Spoon.

D: Are the songs tied to what’s happening in your life, or separate creative expression?

M: The songs are definitely personal. I had kind of an awkward high school and college experience. I’m pretty bad with social interaction and developing meaningful relationships.

The kind of mixture that leads to regret and nostalgia, which are major themes in my music.

D: Were you writing music in high school and/or college?

M: Yes, I started when I was in middle school. When I started listening to music, I discovered a lot on my own. I got into Bright Eyes first, then rap music like Bone Thugs.

So my earliest stuff was a weird mixture of that. Probably sounds like Lil Peep if I went back and listened to it.

D: Is Suzie a true solo project? I’ve read that Charles McClung was a cofounder of Suzie and other sources cite Suzie as pure Ritsema; so what’s the truth?

M: I wrote and recorded Born Single 100% on my own, and after I released it Charles came into the picture. It happened very naturally. He came over and offered to help me play live if I needed anyone – the next week we made it happen! Charles McClung and Jared Isabella (Night Moves drummer) were my two best friends at the time, and that was the first incarnation of the band.

I have really fond memories of those times. There has been a lot of lineup changes since then; we are rolling with a seven piece band right now!

D: Who are the current seven members of Suzie? Do they have any other projects that we should check out?

D: Before we get into new music stuff, I’ve got to get this out of the way: What happened to Chardonnay? I can’t find it anywhere and it’s breaking my heart!

M: I go through manic phases where I’ll say to myself,  “Everything I do sucks, why did I make that?” I took it down during one of those phases.

In a phase last month, I almost changed the band name to Soul Patch because I thought it was an incredible unused name. I loved the imagery of a patched soul, like the cover of that Korn record “Issues”.

D: And now to your newest release, Deluxe. Can you tell me more about the album? Will you be releasing it in any other formats?

M: After I released the “Isn’t It Funny” single, I linked up with my buddy Graham who is a producer and we decided to start working on a record called Pressure. That was about two years ago, so Chardonnay and Deluxe were records I made during my free time when I wasn’t working on Pressure. Pressure is almost done, I think it will be completed in a month or two.

I’ve shied away from making physical copies of either cause then I can’t delete them if I decide I don’t them to exist anymore. Pressure is different though, that will be at least a tape/CD, maybe vinyl.

D: What will you do differently for an album like Pressure that will be eternalized as a CD/tape and maybe vinyl? Are you nervous to have music that you can’t revoke?

M: Not really nervous, I think it will be funny though. It’s a really produced pop record, and that’s not necessarily the direction I plan to go in the future.

So I’ll release Pressure and then something more DIY afterwards, I’m sure. I’ll also try to tour on it more, since more people are involved I don’t wanna just put it out and not promote it. I’m gonna try harder this time.

D: I can’t wait to hear it, but back to the beautiful gem that is Deluxe! The next question is two part – what were your inspirations and whose feet are on the album cover?

M: My inspirations were Ryan Adams, Ariel Pink, Young Guv, Cody ChesnuTT, early Best Coast/ Wavves and that band Makthaverskan. I put them in a blender and drank it to make Deluxe. Oh yeah, and Hanson!! Ripped off Hanson for the song “Over It”.

I also got weirdly obsessed with that show Friday Night Lights while I was making Deluxe. I wrote the song “Southern Kick” about FNL. Such a beautiful show, I think it really did a good job of highlighting the complexities of social behavior and the internal struggle, even for the most normal people. Such a heavy thought, but knowing that the eight billion people on this planet are going through that to some extent really makes the world a more relatable place.

I credit some TV shows and movies as being just as influential to my writing as music. I wrote “Coffin in Houston” [a track off of Ritsema’s 2014 release Born Single] about the movie Gravity. Houston was a reference to “Houston Control Center” and the lyrics are about how you can’t love someone who is dead. It mirrored a personal experience of mine… holding on to the past is bad; it’s never the way you remember it. Oh yeah, and those are my feet on the album cover, with the Chloe Sevigny book on the side!! 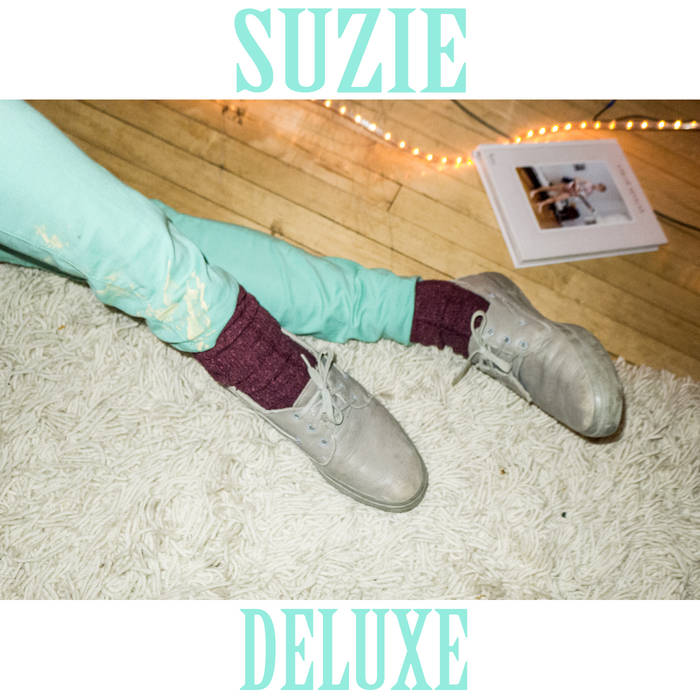 D: Are you planning to tour with this new album? How far will the kids of San Luis Obispo have to travel to hear your love-fi (term used by 7th Street Entry to describe your sound) tunes?

M: I’ve always only toured East, so next Suzie tour will be to the West. It’s just easier, living in Minneapolis to go out East, it’s so condensed. I’ll come to San Luis Obispo if I’m in Cali though!!

D: We’d love to have you! How have your experiences playing with Dent May, Cullen Omori, and Christopher Owens been? Those are all shows I would have loved to see if they didn’t require a plane ticket to Minneapolis on top of the $7-15 cover.

M: The Christopher Owens show was really special to me, because I really look up to him. I listen to his records all the time. He seemed to really like Suzie, too. Having one of your idols be into music they inspired you to make? What a feeling!! I’ll never forget that night, we hugged. Cullen was rad too. Such a good performer and songwriter. Excited to see where he goes.

D: Have you had any interviews/other memorable experiences with other college radio stations?

M: I usually ignore interviews to be honest. We played in Earlham College last tour and it was set up by the radio station. That was one of my favorite tour memories. We had a long drive from Chicago, talking about the multiverse theory, driving across the country, it was beautiful… Flash downpours, found this small college town, people were drinking, like, Redbull mixed with vodka mixed with wine. Our host kicked a door down, we played a really fun set, went to a sweaty-ass dance party, drank too much, chased a skunk, then woke up and left. It was almost annoying how cliché it was.

D: What do you do when you’re not making music?

M: I’ve been learning how to speak Chinese, I like to skateboard, I have a passion for horror movies. Music takes up about 80% of my time, though.

D: I’m going to have to piece this all together to make it sound more like a two-sided conversation, so if I add in a bunch of dorky fillers on my side pls don’t judge me too much. One last thing: KCPR always likes to close interviews with a dumb thing called Swipe Left/Swipe Right. So I’ll give you some prompts and you say whether you like them (right) or dislike them (left). It’s way too simplistic and 2017 for my taste, but I’m sticking to the format! Here we go… left or right (feel free to expand your answer if you’d like):