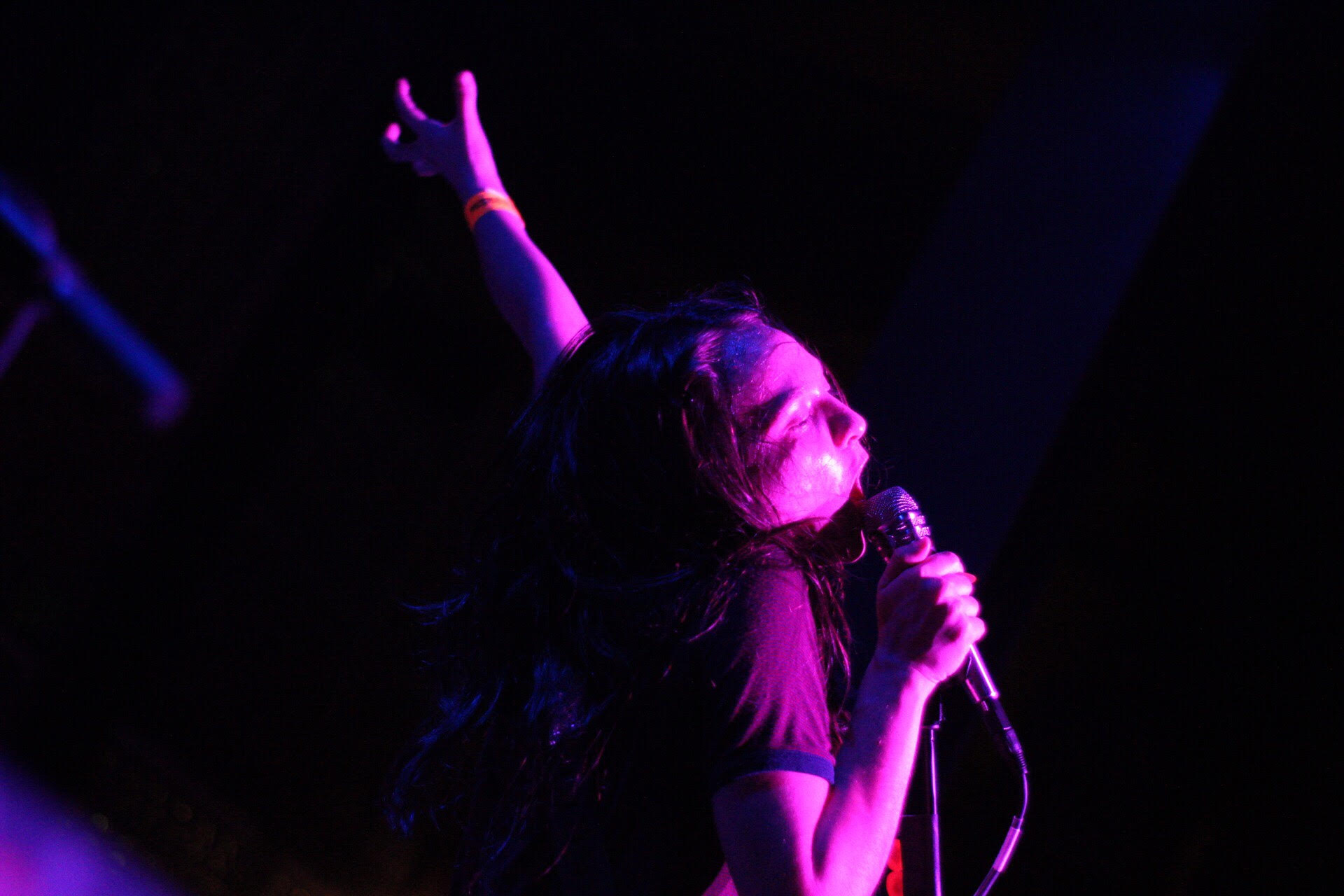 Cherry Glazerr played at SLO Brew for us last week on their Apocalipstick tour with Winter, an adorable dream rock band with similar Burger-like roots.

The band has seen some shit. Frontwoman Clementine Creevy formed the group in 2013, and soon after they were shining under a spotlight cast by the infamous Burger Records from Orange County.

As a former self-proclaimed “Burger Girl,” I can account for this; I have seen Cherry Glazerr at various venues, ranging from The Smell to random backyards. They have changed a bit since I was a senior in high school, having just released their second studio album with new drummer, Tabor Allen, and keyboardist, Sasami Ashworth.

The band’s instagram bio is “½ pussies ½ dicks,” to give you an idea of Cherry Glazerr’s vibe.

In the opening act, the sisters who are Summer Twins played backup guitar and bass with frontwoman Samira Winter, sporting berets and galaxy-print windbreakers. Winter was adorned by blue and purple light, mimicking the cover of their debut album, Supreme Blue Dream. Opening with new music and later transitioning into older favorites, such as “Crazy for You,” Winter consistently dazzled the audience, with some moshing in the process.

Cherry Glazerr themselves followed soon after, with every member taking the stage normally except for Clem, who crawled out on her hands and knees, not unlike a huge bug. Despite her boisterous entrance, she simply wore a t-shirt and high waisted shorts. 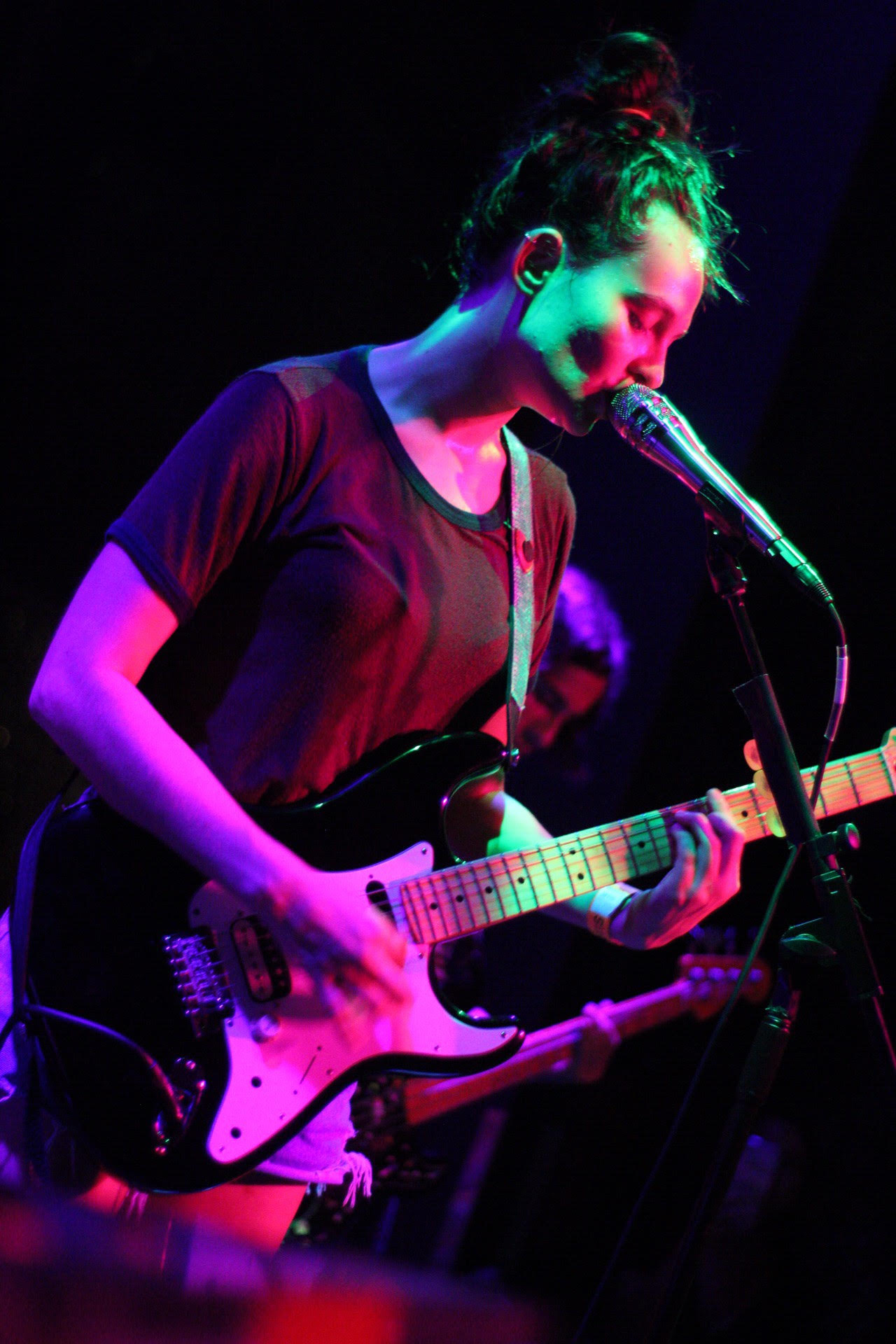 After a few welcoming screams, the rock show began. They first played long time hit “Had Ten Dollas,” which Clem revealed after to be about “bad habits,” referencing her craving for cigarettes. The audience did not take long to form a large, pulsating mosh pit, which appears to be a Cherry Glazerr show tradition. Ashworth backed up Clem’s vocals throughout the show, accompanied by simultaneous head bangs.

Their set pleased long-time and short-time CG fans alike, playing a healthy mixture of Haxel Princess era songs, such as common favorite “Teenage Girl,” and newer Apocalipstick songs, including KCPR rotations like “Nuclear Bomb” and “Told You I’d Be With The Guys.” Even if you didn’t know any of the songs, the performance was fun: the wave was facilitated and Clem did a “drunk Orange County mom” dance. 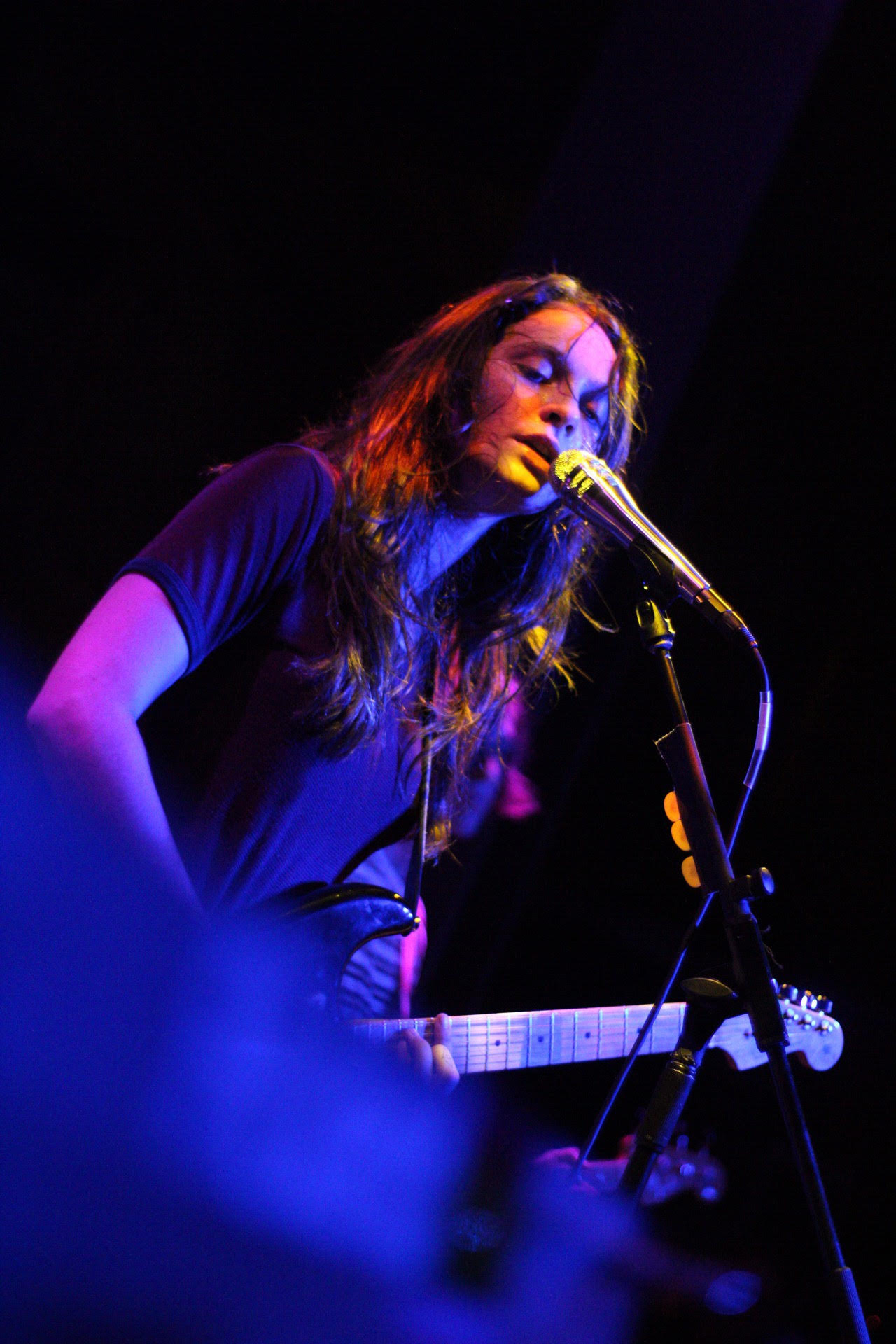 They love making fun of themselves, but it’s clear that the content of their songs come from a true, raw, emotional place. Adopting a “young and dumb” mentality, Cherry Glazerr knows that growing up is gritty. And yet, Apocalipstick feels cathartic, tackling frustrations that surround love, lust, and life in general. So why not say “fuck it” and wiggle your tongue out at strangers?

Lucy McNeil is a KCPR DJ and Cal Poly psychology student. She attended the show and wrote this article. She dons the title Encarnacion and handles the airwaves on KCPR San Luis Obispo 91.3 FM and KCPR.org from 10 a.m. to noon on Tuesdays. Hannah Quitugua is a Cal Poly political science student and Marketing Director at KCPR. She took the pictures. Mikaela Duhs is a KCPR’s video director and a Cal Poly journalism senior. Pierre McAllister is a KCPR DJ, our in-studio director, and a Cal Poly journalism sophomore. Together, they shot and edited the video.