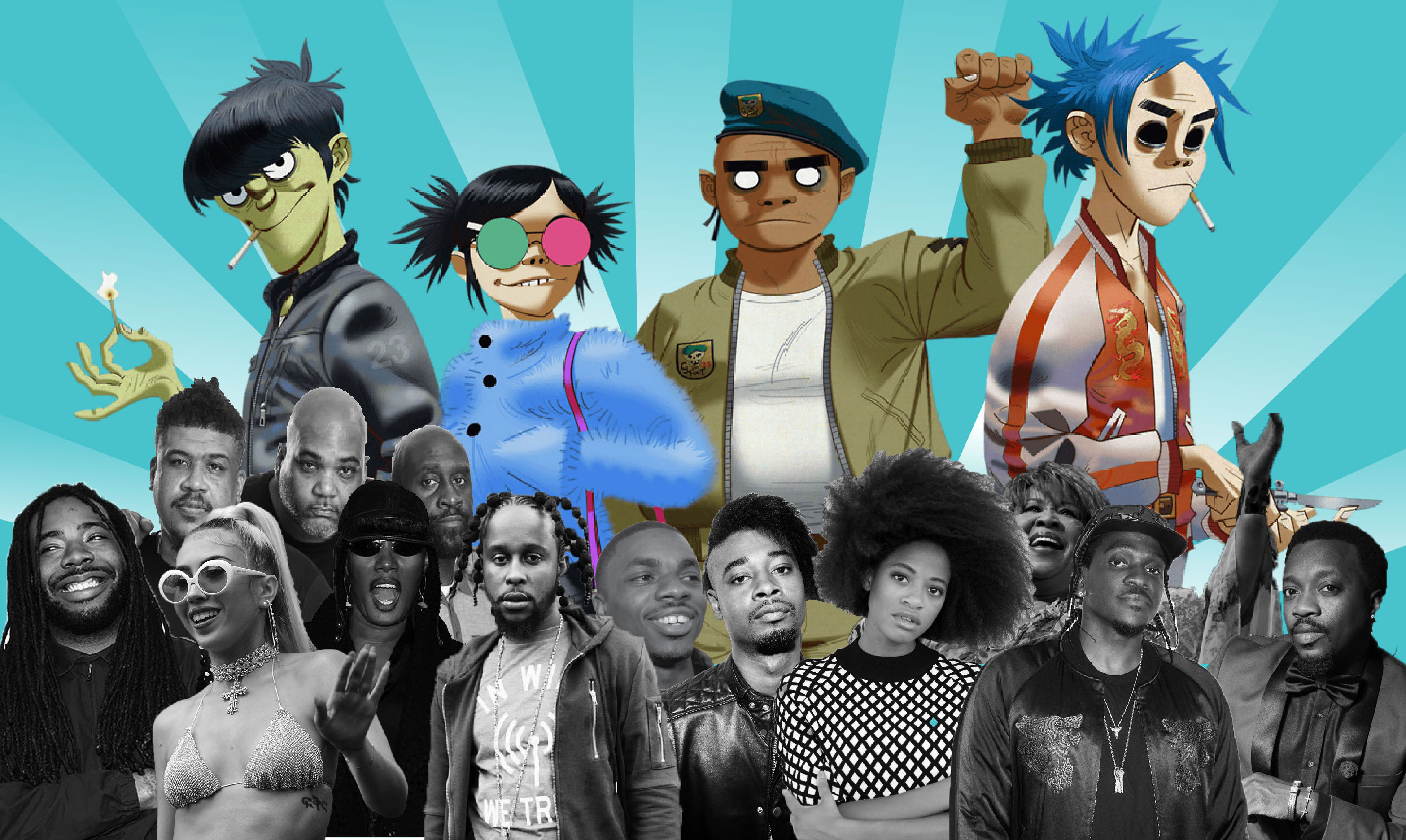 Let’s Get Dirty: Tips for Roughing it Outside of a Campground

It’s massive: 26 tracks – six of which are interludes, plus one introduction – featuring 22 different artists in addition to the four virtual virtuosos (cyborg spitters? mechanical MC’s?) of the band itself.

This is arguably their most danceable collection yet, lacing illusory synthesizer and vocals between punchy beats and rap.

In an interview with the Canadian site Exclaim, Gorillaz co-creator Damon Albarn said of the release, “I’m determined that my next record will be very upbeat, and I will try to set myself the benchmark of 125 bpm and nothing underneath that.”

He did not fail.

On the tracks, it’s clear he stuck to his work with this album; each song is it’s own trap/hip-hop fusion track resulting in a whole new sound, while simultaneously adhering to the classic Gorillaz way. Additionally, Australian actor Ben Mendelsohn (as seen most recently in the most recent Star Wars installment, “Rogue One”) narrates the album’s interludes.

Despite the deep techno influence on this album from Albarn, the featured artists range from the reggae fusion DJ Popcaan, to disco-indie-soul artist/supermodel/lyricist/grandmother Grace Jones, to poet and composer Benjamin Clementine. The end result: a wonderfully constructed, buoyant album that draws sound from a wide range of artists and confidantes, granting an overall cohesive album that spans genres.

Though the release date of the album was set for March on January 20th – the day Donald Trump was elected into office – Gorillaz released their first track as a taste, their first new music since 2011. The song, titled “Hallelujah Money”, sparked  discourse around the globe.

In the song, Benjamin Clementine expresses in a spoken verse,

If this be the end, then so shall it be

Until we say so, nothing will move

It’s not against our morals

While the whole world

And whole beasts of nations desire

The song ends with an audio bit of Spongebob Squarepants crying. However, a little bit later, Gorillaz released four more songs off the album, one of which titled “We Got the Power.” This song stands in stark contrast to “Hallelujah Money,” telling listeners that we are “indestructible,” and that we have the power to love each other despite the negative forces surrounding us. The title Humanz does not have to do with the pressure humanity impresses upon itself, but rather the ability humanity has to transcend the boundaries of animosity.

A few songs on the tracklist have extraterrestrial titles, and the theme of space seems to be prevalent in both the songs’ titles and sounds, showing that the four fictional band members in Gorillaz have finally left the Plastic Beach and are on to other adventures past our atmosphere.

On the entire album, there is only one song that is solely Gorillaz. “Busted and Blue” begins with calm, lulling piano that eases into soft vocals. This is the smoothest song on the album, presenting tranquil synthesizer and harmonious vocals that beg, “Be my light, be my light.” Though the only track exclusively Gorillaz, this song is perhaps the furthest from their traditional sound. It serves as a break from the fluttering cadence of the other songs to a more intense, abysmal sound. Despite not being one of the more prominent tracks on the album, this song highlights Gorillaz’ unreal range.

Gorillaz also announced tour dates for this upcoming summer, their first North American shows in seven years. The tour makes stops in cities spanning the entire country, plus appearances at Life is Beautiful Festival in Las Vegas and Outside Lands in San Francisco.