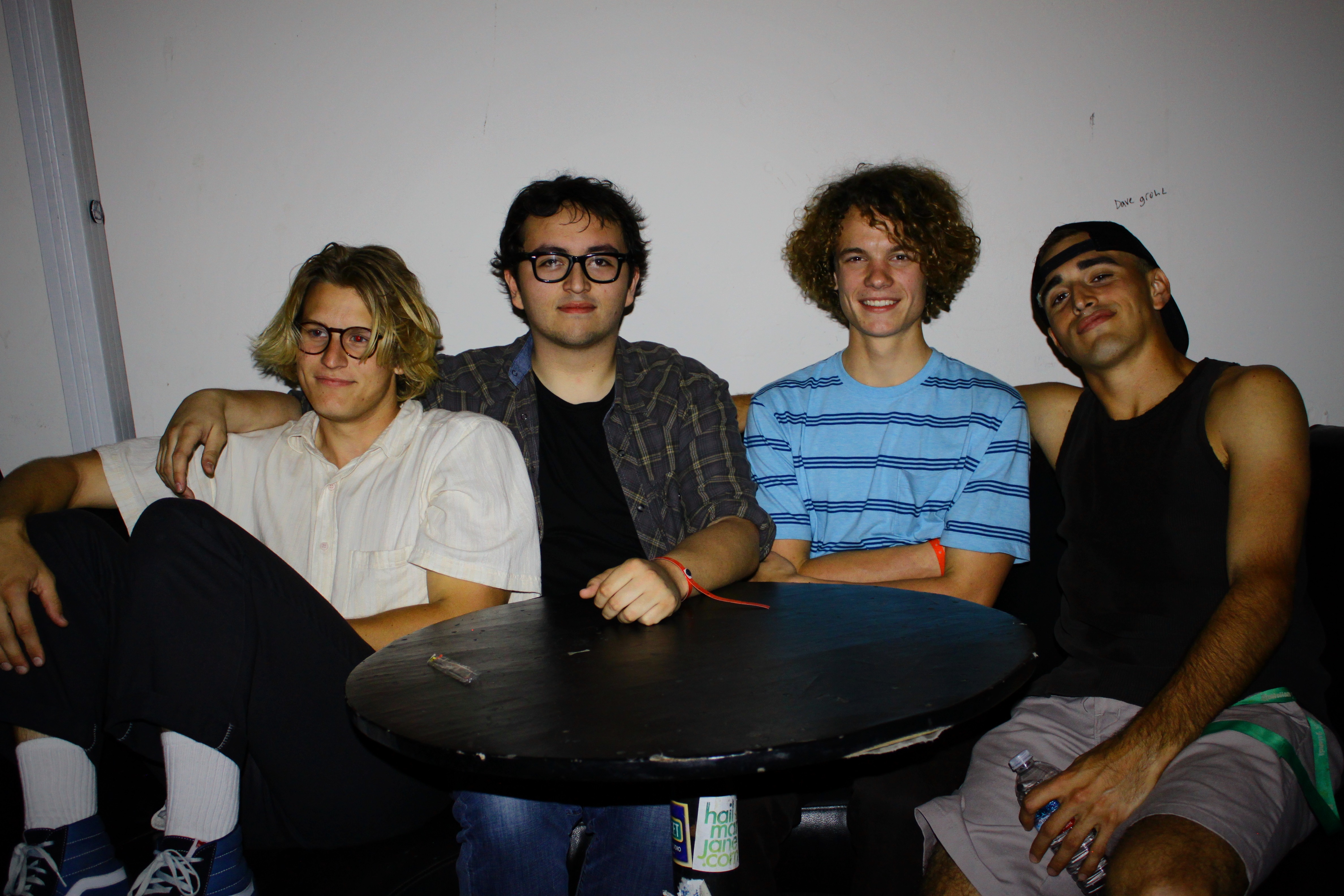 The Frights in Studio, Post-Mimosas

Nucklehead and Pancho and the Wizards are growing in recognition in the Central Coast’s DIY music scene. Between the two bands, they’ve opened for punk powerhouses like Tijuana Panthers, Joyce Manor and The Frights.

Both bands are planning to release EP’s in the near future and are on their way to making 2017 their most accomplished year yet. I hung out with the guys from both bands during their show with The Regrettes at Velvet Jones in Santa Barbara. We talked about Jason Segal and other things.

The interview, slightly edited for readability, is below. It comes as the second part of our two-part Double Interview Extravaganza in anticipation for the Shabang.

How are all of you guys? Can you introduce yourselves?

Will: Left to right? I’m Will Agtang, bass guitar–

Noah: Left to right and then you start?

Will: I’m Will Agtang! Bass guitar.

I know you guys are good friends with Pancho and the Wizards and you both are performing at Shabang this year. How did you approach getting on the line up?

Noah: So I moved to go to school in San Luis Obispo and in the first month or so my orientation leader made me go to this event. She said there would be a music festival right up my alley and I went cause all my friends who I just made went. I showed up and it seemed like a really cool event. So I went online and looked up the booker and shot him an email. He said play around San Luis Obispo some more and then we’ll talk. And so our first show in town I texted him asking to open up for us with his band. He agreed and when we played together he asked us if we wanted to play. 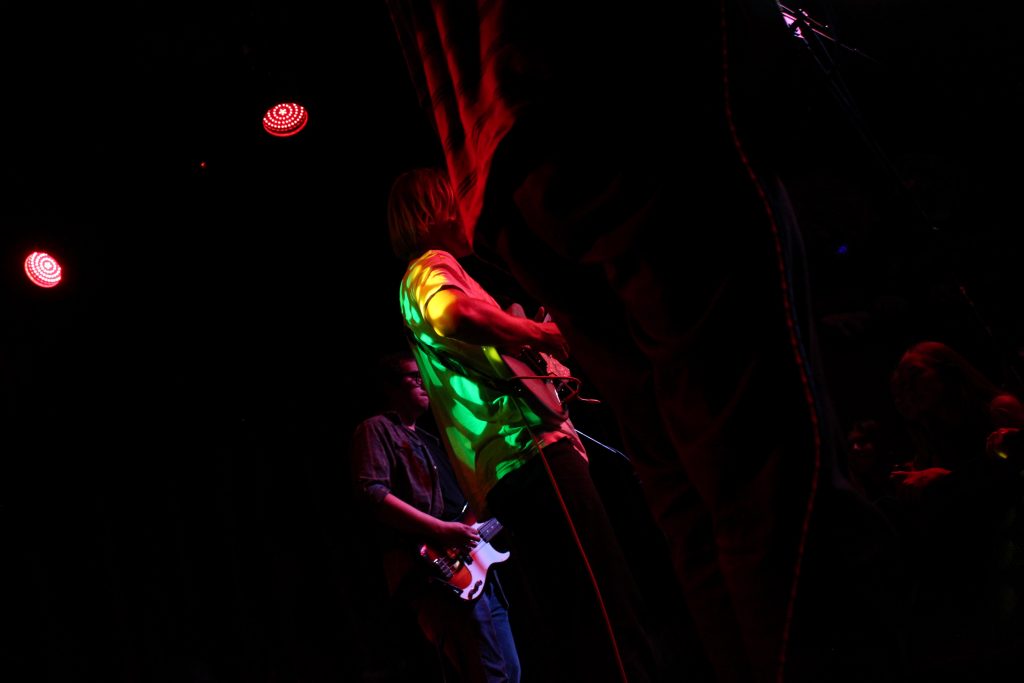 So you’re all are native to Ventura, but now that one of your bandmates goes to Cal Poly you guys have gotten to get a feel of the San Luis Obispo music scene. How would you compare Ventura’s music scene with ours?

Noah: Ventura is kinda on it’s way up with the youth.

Will: Yeah definitely. Before I joined this band I didn’t even know that scene existed. And then going out and seeing it as this booming thing, it’s poppin’. As for SLO, I’m not totally sure. Noah could probably answer that one.

Noah: I can only speak from what I’ve heard. I’ve caught a few bands and honestly it seems like there was a point where San Luis Obispo was where it was happening, but it seems like it’s on its way out a little bit. Hopefully we can reboot it and have what we have going on in Ventura.

Zach: That would be a good position. I mean they’re both really similar scenes.

How does having a bandmate live a few hours away affect the band? Have you noticed any major changes?

Will: I mean, I don’t know how it was before he left, but it’s kinda cool because we (Will, Trevor, and Zach) get down the basis of it and Noah comes and adds a whole new –

Will: And it’s really cool. We kinda do the demo versions, the three of us, while he’s gone. Then he comes and just finishes it.

Will: Plus, a second guitar adds an entire new dynamic to this band anyway, so it’s really cool to see what he does.

It’s great that you guys still manage to make it work out. Recently you guys played with Joyce Manor and Surf Curse at the Ventura Theater. What was it like playing at a big venue in your home town? Did you ever think anything like that would have happened so early on in the band’s career?

Trevor: We were really far apart from each other.

Noah: Yeah, I didn’t know what to do with all that space.

Will: Yeah, I had a lot of room to dance which was really fun!

Zach: It was cool cause my first show when I was twelve was at that venue and to come back six years later for me was like a dream come true to play at that specific venue with this first very successful band of mine. To see a lot of people going crazy and having fun was ultimately very rewarding.

You guys are living the dream. I heard you performed at a fundraiser for Ojai’s skate park and Jason Segal showed up. Tell me about how that event went.

Will: We were up on stage playing our first set and me and Zach you know, just were looking at the crowd some guy walks by with his girlfriend and is looking at us and was like, “Yeah!” nodding his head at us. And I was like, “Holy crap that is Jason Segal.”

I turned around to Zach and was like, “Do you see what I see?!”

Zach: We looked at each other and were like, just astonished.

Noah: So then my dad said, “Hey, we need to go take some photos of our entire band at this pro photoshoot thing” because there was a professional photographer there. Then we were sitting there and thought, “What if we got Jason to take a photo with us?”

Will: And it was a complete joke. I was like, “We’ll make it our profile picture and become the biggest band in Ventura.” *Laughs* 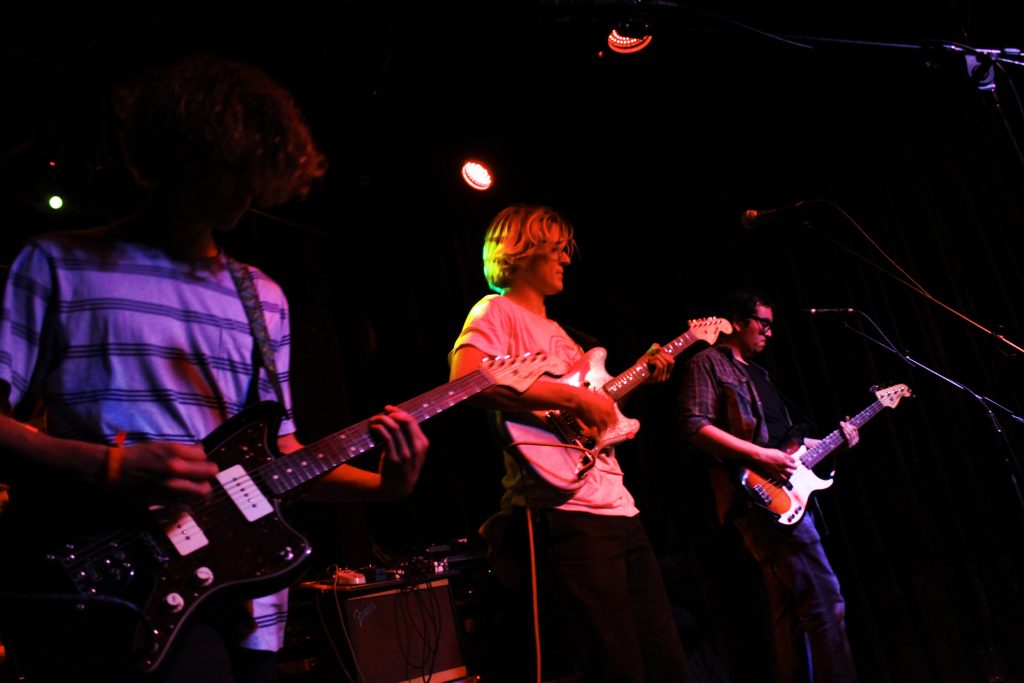 Last question you guys, who would you all consider to be the biggest “nucklehead” out of the group?

Noah: Zach showed up one minute before our set.

Trevor: He literally showed up, got out of his car, and walked to his drum set.

Will: Literally one minute before our set, that’s not even an exaggeration.

Trevor: It is an exaggeration, it was probably thirty seconds before.

Noah: Yeah, he was running. *Laughs*

Trevor: He slid to his drum set.

Will: It was good though, he played the shit outta that shit.

Thanks so much guys, any last words for KCPR?

Noah: See you at Shabang, catch us and Pancho!

Will: Thanks to Velvet Jones and The Regrettes for having us. Everything was really fun.

Erica Flojo is a KCPR DJ and Cal Poly environmental sciences freshman. She conducted this interview and shot the wonderful photographs. Shabang, the San Luis Obispo music festival, which will feature Nucklehead, is on May 6, 2017 at Laguna Lake Park. More information is available at www.shabangslo.com.