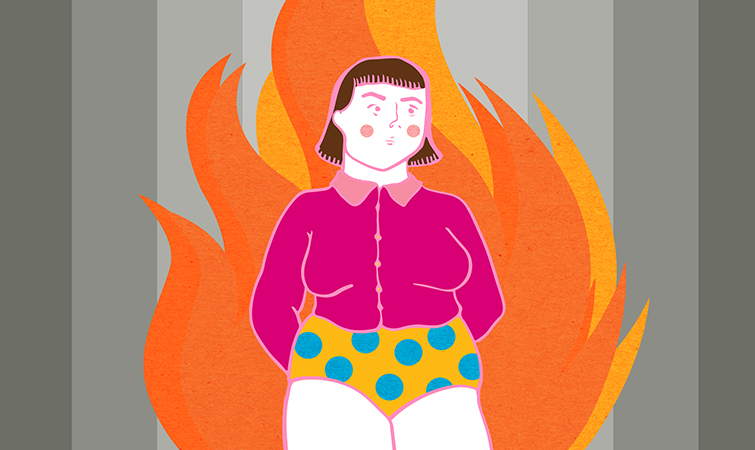 Go ahead, call me an angry woman – because I am.

There are a lot of things to be angry about right now in the face of our misogynistic government, ask any woman.

The wage gap is alive and well, Planned Parenthood is fighting to receive federal funding. Our very own President was caught on camera okaying the objectification of women and glorifying rape culture.

Women are vastly misrepresented not only in the political rights and equity, but in art, too.

This came to my attention the other day when I was listening to a review of Noname’s latest mixtape, Telefone, on Youtube. The reviewer’s first remark was that Noname was a “female rapper.” I then looked in the comments and saw a statement that made me shudder:

This person literally called Noname the girl version of a DIFFERENT rapper, with DIFFERENT style and DIFFERENT lyrical content. Now, I understand that this person’s intention was probably to complement her in comparing her to Chance. Nonetheless, it was a comparison.

In saying this, Noname is deemed inauthentic.

Rhetoric is very important in tackling microaggressions towards women, which is something men and women alike need to realize. In giving Noname the title of “female version of a male rapper,” you are demeaning her, putting her in a box with other women who rap, not allowing the men and women rappers to intersect as simply rappers.

Have you ever compared Syd, Kamaiyah, or Missy Elliot to Kendrick Lamar or ScHoolboy Q? I’ve never seen it. And that’s not a huge surprise, because this is a divide that is so systemic, it’s hard to notice sometimes.

Hip-hop is not the only genre dominated by men. The amount of times that I’ve heard La Luz or Hinds be called an “all-girl garage band” and Mitski be called a “female singer/songwriter” is vast. I’ve never once heard the Growlers be described as an “all-male” surf rock band.

Stereotype threat is a psychological construct that attempts to explain the dangers of stereotyping. It’s a fear that one will confirm the negative stereotype that is assigned to their group, even if they excel in said area. Women are stereotyped to be quiet, submissive, and secondary. They play flute, piano, and sing soprano. They don’t play guitar or drums. In believing in these stereotypes, women in music bear the burden.

Being cautious of microaggressions while describing women in music is a step you can take in being an ally. Women don’t want to be compared to men in everything they do. Rappers are rappers, rockers are rockers, regardless of gender.

Lucy McNeil is a KCPR DJ and Cal Poly psychology junior. She wrote this article. She handles the airwaves on KCPR San Luis Obispo 91.3 FM and KCPR.org from 10 a.m. to noon on Wednesdays. KCPR staff member Kelly Chiu created the illustration.