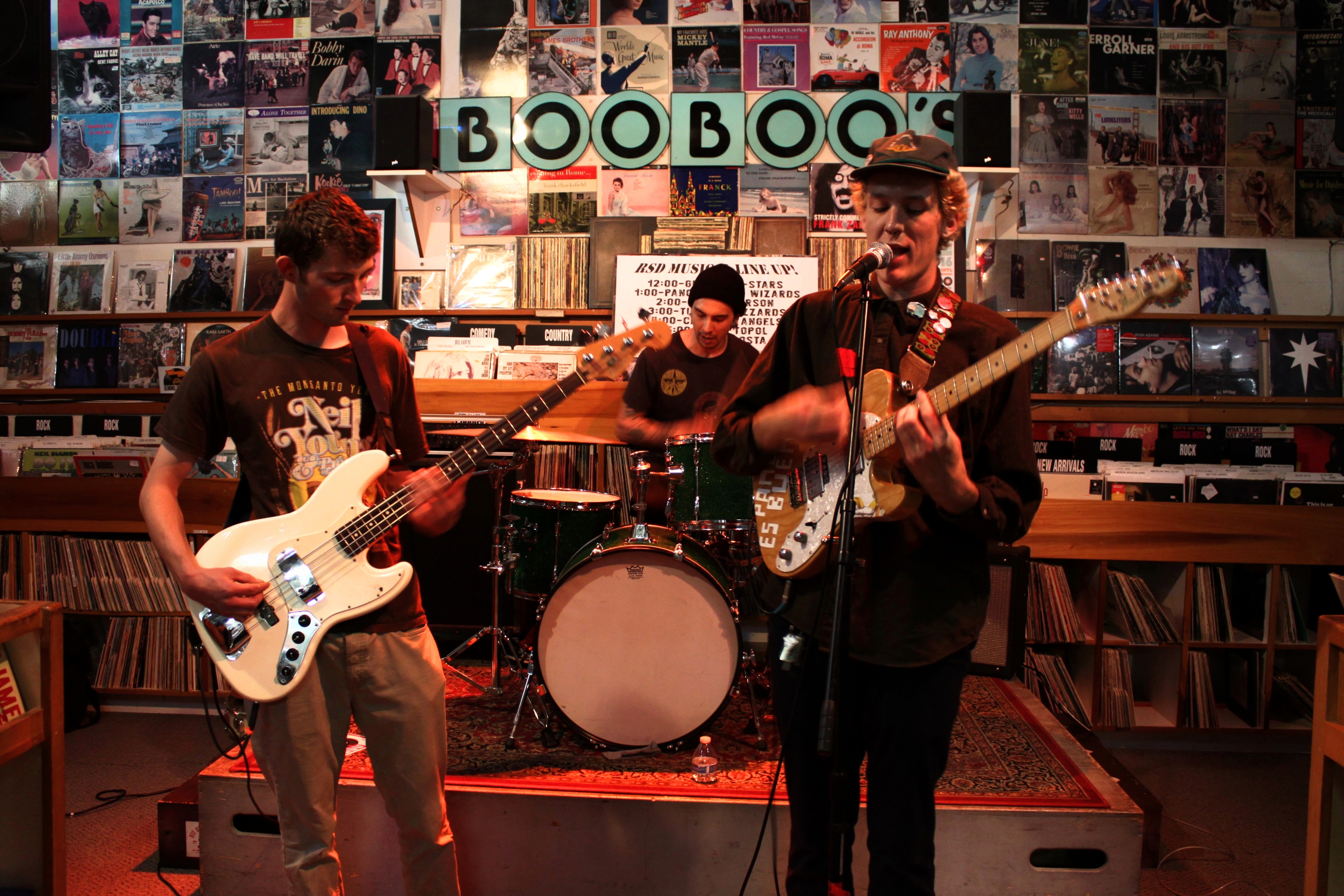 Local bands, Pancho and the Wizards and Nucklehead, are taking on the music scene here in the Central Coast, playing alongside huge names in the California surf punk realm such as Joyce Manor, Tijuana Panthers and The Frights.

Both bands are planning to release EP’s in the near future and are on their way to making 2017 their most accomplished year yet. I hung out with the guys from both bands during their show with The Regrettes at Velvet Jones in Santa Barbara. We discussed casting magic spells and living the surf culture.

Here’s how the conversation with Pancho and the Wizards went. Later this week, we’ll share our talk with Nucklehead.

You guys have a pretty eccentric name. What’s the background story behind the name “Pancho and the Wizards?”

Tristan: “Pancho” was my nickname at the restaurant I used to work at. “Wizard”’ came from my original band mate, Josh, because he was the wizard and it just became “Pancho and the Wizards.”

I understand you’ve had a history with bandmates coming in and out of the band over the years. You’ve recently added your current bassist and drummer to the new lineup, but tonight you’re performing with former Wizards, Liam and Trenton from Royal Suns. Can you give me a history on the past and present Wizards?

Tristan: Initially it was just me and Josh. Then Josh, Liam, Zander and I for some tape recordings. Then Josh moved and it became just Liam, Zander and myself. Then Zander left the band and Trenton took over. Liam moved to LA recently, so two new Wizards came into my life, Aaron Wick from Ragged Jubilee and my buddy Quintin. Liam and Trenton sub in sometimes for certain shows. 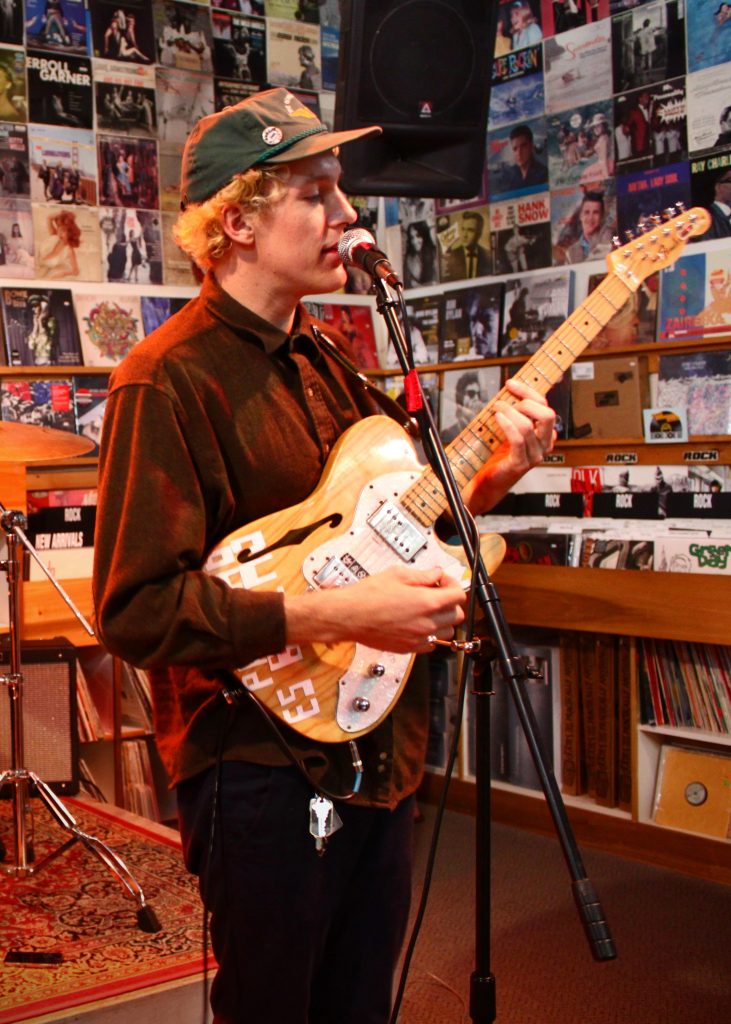 So, how have the new members influenced the production and overall sound and style of your upcoming EP compared to previous recordings?

Tristan: I think they definitely influence our sound. Aaron’s band, Ragged Jubilee, was one of my biggest influences, so his sound is definitely in the music now.

Trenton: So your sound is going backwards actually. *Laughs*

Trenton: I’m kinda into that anyways. It’s honestly for the best.

Could you describe the sonic progression of your sound?

Tristan: Original jam band, that was the plan.

Trenton: I mean, the whole real name of the band was “Pancho and the Mucho Wizard Jam Band.”

Liam: Josh and I are pop music stifflers, so being in a band with Tristan was always like, “Hey, let’s cut the jam down, cut the corners and tighten it up.” It definitely made some nice middle ground.

Liam: I think opposites attract. And I think it’s good medium to both be in a band together.

Tristan: Liam is really into pop music and I’m not.

Liam: But now I jam!

As natives to San Luis Obispo County, you’ve gotten to first-handedly witness and be a part of the evolution of the music scene here. Pretty big names have toured around and you’ve gotten to play alongside these artists recently. Who would you consider your favorite act you’ve performed with so far and why?

Tristan: My favorite I’ve performed with was probably, well I don’t know. My favorite show that I did recently was with The Frights and The Garden. That was cool. We played with No Parents, that was sick.

Liam: That was a fun show.

Trenton: We’ve played at like, a lot of garages and shit.

Trenton: Oh, I loved Criminal Hygiene! I had no idea who they were, but they were just, just so good. Such cool guys. Can we get them in the interview? Can we interview them? *Laughs*

Maybe someday we’ll get to when they’re around the area! So, growing up in the Central Coast, how the has culture influenced your sound?

Tristan: I guess surf rock is kinda like a thing here.

Liam: I would say the laid back culture has definitely given me a platform to try everything and anything.

Liam: If we lived in different areas we’d probably just never get around to trying what we do because the people are different. And I think the 805 love should be everywhere.

Speaking of surf culture, your songs “Space Jam” and “Grumplerr” were recently featured in a video premiered by the popular surf culture magazine, Stab. Tell me how that happened.

They didn’t tell you guys?!

Tristan: Noah saw the video like in — where’d you see it?

Noah: I walked into my dorm and I heard five seconds of the song and was like, “Huh?” Some kid was laying on my bed playing it and I was like, “Hey, play that again. And he played it again and I was like, alright give me your phone. I listened to the whole thing. I couldn’t even believe it.

Tristan: He sent it to me and then I  emailed them and was like, “Hey thanks for using our songs in the video. Let us know next time before you do, um you can use it in the future if you want, just let us know.” And they were just like, “For sure!” 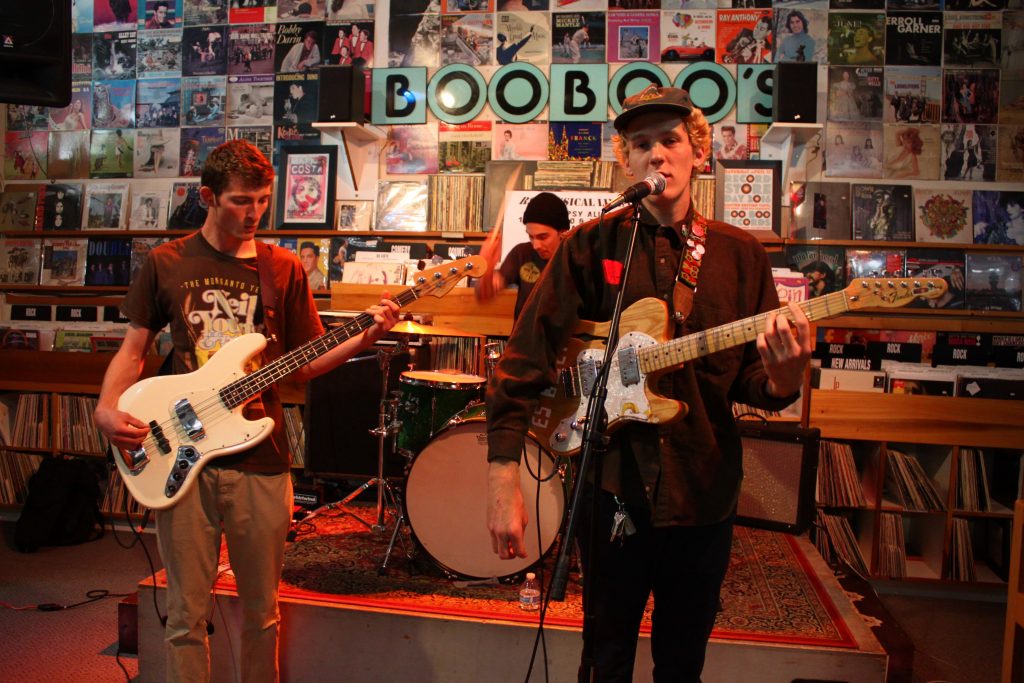 That’s a funny way to discover your own music out there. So last question here, as a real life wizard, what would be your special magic spell?

Tristan: Hm, Trenton’s got this one first.

Trenton: Um, isn’t it obvious? Either to fly or be invisible? *Laughs*

Tristan: I wish I could start fire with my bare hands like go like this *motions hand* and a fire could just woosh.

Thank you guys so much! Can’t wait to hear you guys perform all together again tonight.

Trenton: Wizards are always on time.

Erica Flojo is a KCPR DJ and Cal Poly environmental sciences freshman. She conducted this interview and shot the wonderful photographs. Shabang, the San Luis Obispo music festival, which will feature Pancho and the Wizards, is on May 6, 2017 at Laguna Lake Park. More information is available at www.shabangslo.com.