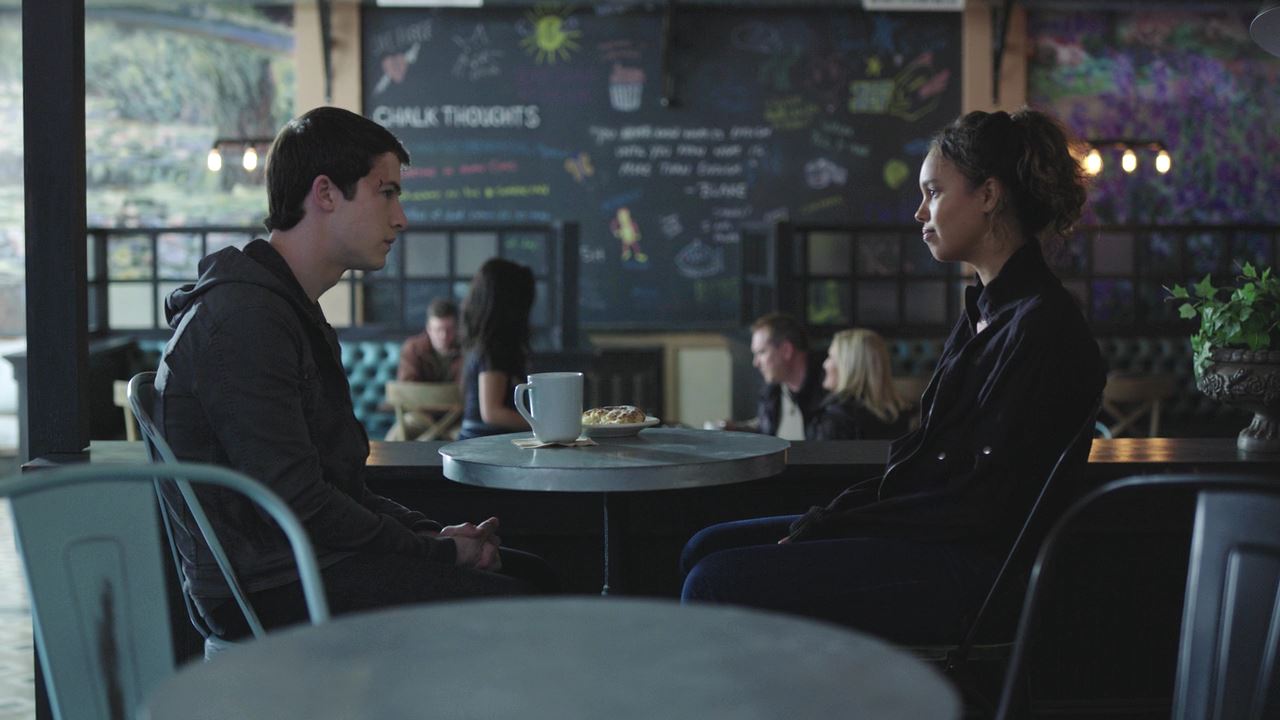 Teen angst is as natural as the sun rising in the morning.

Breakups, fights with parents, friend drama, the often painful process of self-discovery– they’ve all provided the basis of countless books, films, and television series. From “The Catcher In the Rye” to “90210,” society has always had an odd fascination with teen angst.

What happens when these issues go beyond typical high school drama, beyond something that can be wrapped up in a 30-minute special like a neat little present? Occasionally, pop culture takes it upon itself to explore the darker side of growing up. Some television programs, albeit not without controversy, find the courage to delve into more intense, grittier, storylines— the kind that leave you squirming, that put a knot in your stomach. The new Netflix mini-series “13 Reasons Why” is one of those programs.

It’s a different kind of knot in your stomach.

It’s not the same one you get from a terrifying horror film or a blood ’n guts action flick. “13 Reasons Why” is meant to be unsettling because it deals with a subject that’s real. The series, a Netflix adaption is based on the best-selling 2007 novel by Jay Asher, revolves around high-school student Clay Jensen (portrayed by Dylan Minnette), who receives a package of 13 tapes from his classmate Hannah Baker (Katherine Langford).

The thing is, Hannah committed suicide weeks ago.

The tapes each explain a different reason why Hannah chose to kill herself. Each person who receives the tapes, including Clay, must listen to them and then pass them on to the next person.

“Hey, it’s Hannah. Hannah Baker,” the Netflix trailer shows Clay listening to on a walkman. “Settle in, because I’m about to tell you the story of my life. More specifically, why my life ended. And if you’re listening to this tape — you’re one of the reasons why.”

The aim of the project, author Jay Asher said, is to raise awareness of suicide, a difficult subject that’s rarely openly discussed.

“People will have different opinions, people will think I went too far,” Asher said. “But if these things happen— [and] this stuff does happen— then seeing them is something that’s needed. It’s only taboo because it’s uncomfortable. But it shouldn’t be uncomfortable. That’s exactly why you need to talk about it.”

Asher makes it clear that “13 Reasons Why” is in no way meant to glorify or sensationalize suicide.

“There are some graphic things, but none of it is grotesque,” he said. “If you see something disturbing, it should be disturbing. [You can’t] gloss over it… you have to tackle it head on.”

Asher also disclosed that the cast and crew worked on set with mental health professionals to determine what to show and how much would be too much.

“There is a line where it becomes sensational,” Asher said. “But everyone is coming at it with their absolute best intentions.”

Actor Christian Navarro, who plays Clay’s friend Tony in the series, adds that while the show may be initially shocking to some viewers, he encourages audiences to focus on the overall message of the series.

“Very simply put, this show should shake its audience into a bit of introspection,” Navarro said. “Hopefully after a few minutes thinking about their own actions, and the actions of the people they associate with, our audience will make the very courageous choice to be kind in the face of disrespect, to extend a hand to those who are in need, and actively seek out those people who feel like they’re alone.”

In short, the show’s message is quite simple: be kind, because you never know what someone is going through.

“We all know someone who’s hurting,” Navarro continued. “We all know someone who needs a friend. And if we’re honest with ourselves, we need friends, and we are hurting. If you make a consorted effort to be kinder, and to listen, we may be able to save a life. Even if you give someone one more day on this planet because you smiled, and cared, that’s one more day they didn’t have.”

With its star-studded cast and crew, the series has the potential to reach a large audience. In addition to actors Minnette, Langford, and Navarro, the cast features some familiar faces, like “Parenthood’s” Miles Heizer, who plays the Alex, and “Riverdale’s” Ross Butler, who plays the character Zach. Minnette is also well-known for his roles in the films “Goosebumps” and “Don’t Breathe.”

“I can say with 100 percent honesty, this cast is phenomenal,” Navarro said. “We’ve all become great friends. And that’s not always the case, so it’s yet another small blessing. Every single actor on this project is dedicated to telling the story. It’s been a blessing.”

The show’s executive producer, Selena Gomez, calls the series her “passion project.” Gomez initially intended to play Hannah herself in a film adaptation of “13 Reasons Why,” but the team later felt a mini-series would be the best format to tell the story. Gomez first became involved with the project eight years ago. According to Asher, Gomez had just wrapped up her role on “Wizards of Waverly Place” and was looking to branch out from Disney-type roles.

Gomez’ mom, Mandy Teefey, was actually the first to approach Asher about an adaptation. Teefey went into Barnes & Noble, saw “Thirteen Reasons Why” sitting on the shelf, and was instantly intrigued by the cover.

Asher described his relationships with Gomez and Teefey as “beautiful.” “They really wanted me to stay involved [with the project], which is rare as an author,” he said. “We have a great relationship. I went to her mom’s baby shower and Selena’s 18th birthday… we [even] send each other Christmas cards.”

Similarly, Navarro had nothing but positive remarks to add about Gomez and Teefey.

“Selena is a dream,” Navarro said. “She’s incredibly kind, immeasurably supportive. We really lucked out. Her and her mother Mandy have been our champions from the beginning. Besides Jay, they have been with this project the longest. They really do believe in its power.”

Asher believes fans of the book will be satisfied with the end results of the Netflix series. “It’s a perfect adaptation,” he said. “[It’s really] an expansion of the book… almost like bonus content. All the reasons are the same, all the characters are the same, [but] we can explore a little more. I’ve just been so lucky in the entire process being involved liking and trusting the people and being completely happy with what they did.”

“13 Reasons Why” premiered on Netflix on March 31.

Kelly Martinez is a KCPR staff member and Cal Poly journalism sophomore. She wrote this article’s copy, its photographs are courtesy of IMDb.