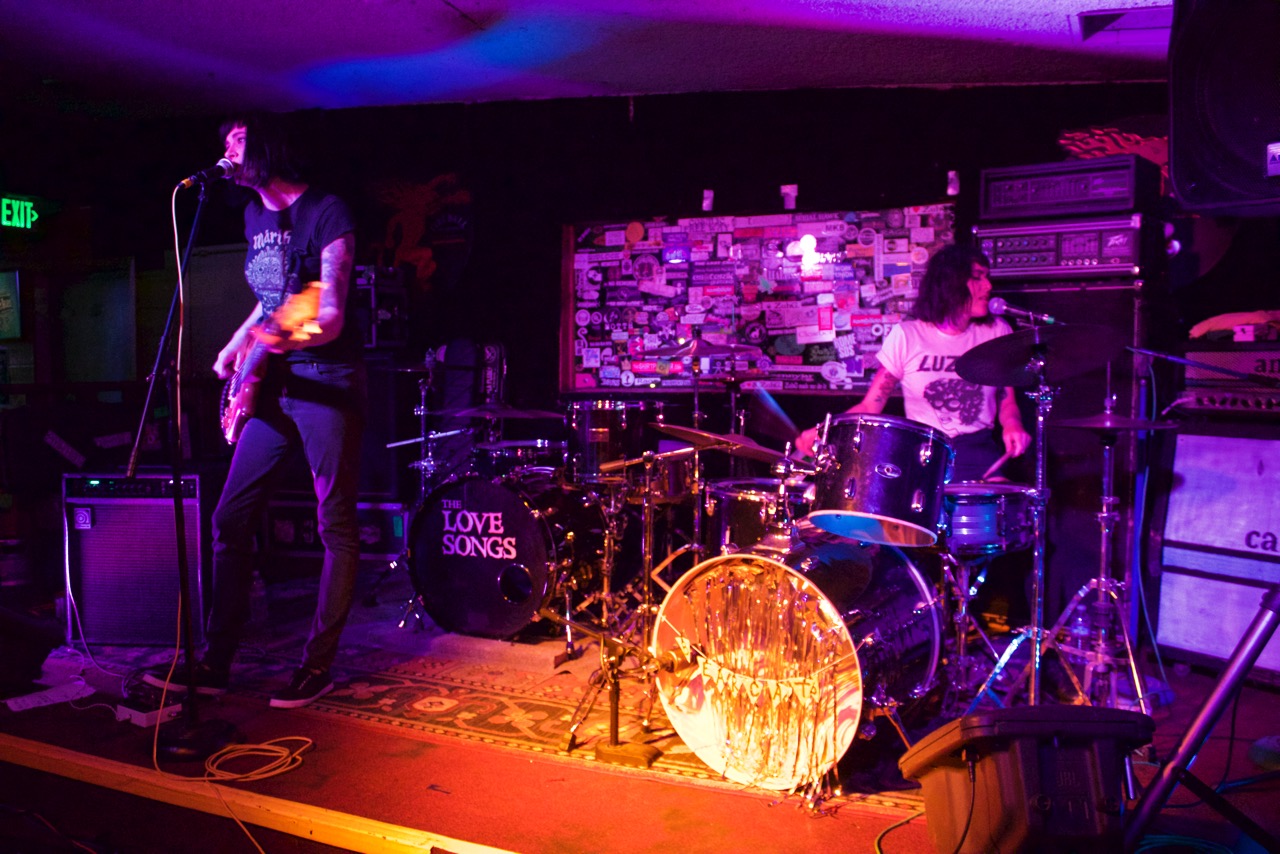 Contemporary Nomads on the Central Coast

A bass and drum kit: that’s all it took for Lisa Harrison and Lexi McCoy to flourish into San Luis Obispo’s music scene.

Behind the name, Bearcats are two girls making art punk.

The thematics that lead Bearcat’s lyrics stretch from their favorite movies, like “Scott Pilgrim Vs. the World,” to abusive relationships. Bearcats musically ties all of the distinctions into one: growing into your 20’s.

The two-piece began their musical endeavours in their high school’s marching band. While some believe them to be sisters, Harrison and McCoy met while playing for a different local band, and at their first jam session.

Since then, Bearcats infuses their garage pop sound with what Harrison describes as a “dynamic quality that gives each tune a specific feeling.” Both artists are currently influenced by emerging artists Diet Cig, PWR BTTM and Lisa Prank, which all fall under the nonlinear genre some call slop-pop, power pop or TMI punk.

Harrison and McCoy’s collective harmonies and altering effects create a rollercoaster of power and emotion on stage. Yet, Bearcats’ eloquent screams and honest lyrics are just a part of their whole package. The duo’s give no fucks attitude, authentic style and ability to express their individual persona on stage has allowed Bearcats to stand out in San Luis Obispo’s small – but mighty – music scene. Within the past few months, Bearcats has played local DIY shows and opened up for Laura Stevenson and McCoy’s favorite band, Joyce Manor.

“When I saw the show flyer with Joyce Manor’s name and ours, I just burst into tears,” McCoy said. 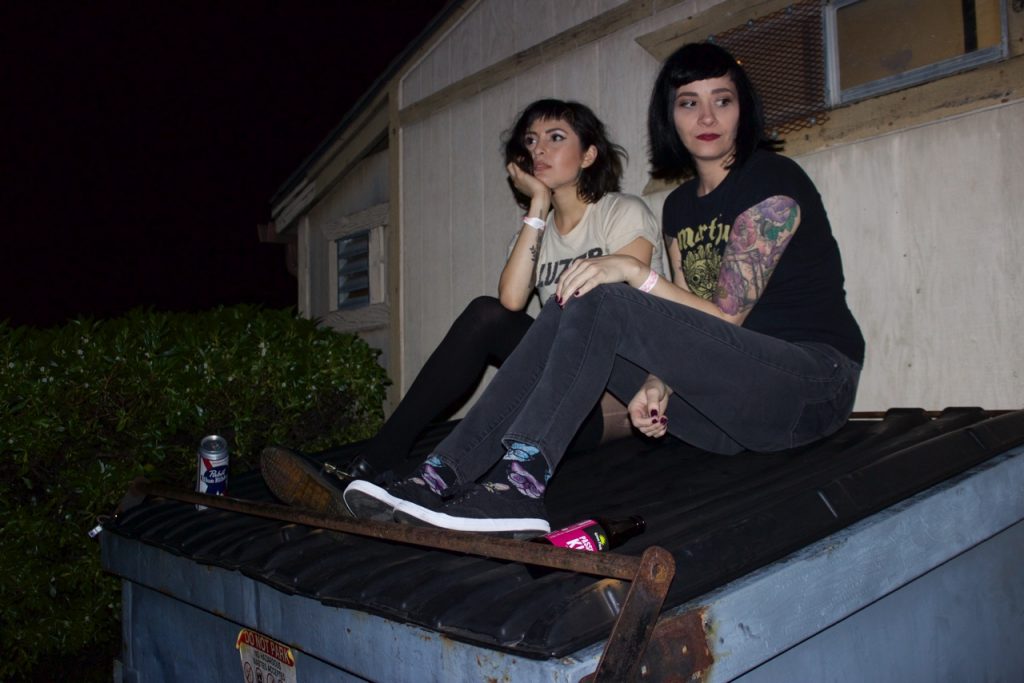 Last Thursday night, April 13th, Bearcats opened up for punk rock legends, Subhumans, in Los Osos. While placed on the same bill as legends is a dream, McCoy sees it as far more than just luck with promoters.

Bearcats are not only pushing melodic boundaries, but setting the scene for other small town bands to follow. There isn’t much that can stop this duo.

From plans to touring Seattle to releasing their first full-length in the upcoming year, Bearcats hopes they’ll “inspire all girls to start bands, be themselves, and not ever give a fuck.”

After all, the name Bearcats is 1920’s slang for “outspoken and sassy women.” That’s exactly who Lisa Harrison and Lexi McCoy are.

Camille Corcuera is a KCPR DJ and Cal Poly journalism sophomore. She interviewed Bearcats and wrote this article. The photographs are courtesy of Bearcats.