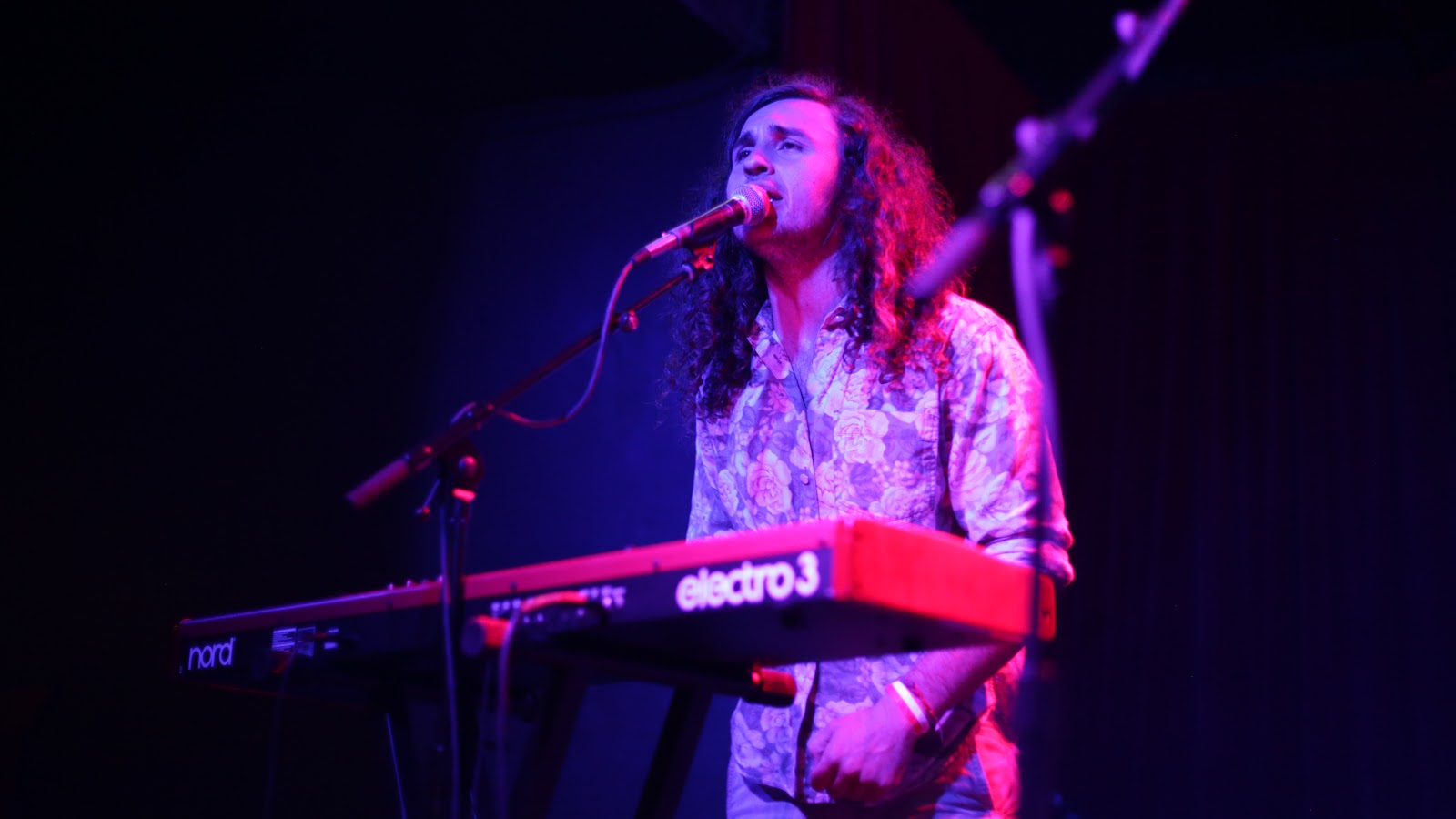 He requires a calm setting either early in the morning or late at night. He may be riding a bike or reading a book when an idea pops into his head. It may take him 15 minutes to complete. Sometimes it takes him more than six months.

Although Nick Larson almost always writes his songs in his bedroom, he finds inspiration from everywhere else.

“It’s way more than a hobby, it’s my passion,” Larson said as an effortless smile formed. “It’s the thing that keeps me up at night and wakes me up in the morning.”

Some people keep journals to express their emotions on paper, Larson externalizes his feelings through music. He is the current singer and guitarist of the local band Próxima Parada. A few weeks ago, the band made their way into KCPR’s space to perform an in-studio, but their first show was several years ago in a coffee shop. Since then, they’ve played as far away as San Francisco and Seattle.  To Larson, music is a form of therapy rather than just entertainment. Turning his feelings into tangible lyrics has helped him choose a life path based on simplicity and close human relationships.

“It’s kind of cathartic,” he said. “As men, we don’t really get to share our emotions very much. But when you sing it’s an opportunity to actually express what’s going on inside of you.”

Larson has no intention of pursuing an alternative career that limits this form of human connection based on lyrics and musical melodies.

“You get this sharing of reality and I find that is the most fulfilling thing I can do right now,” Larson said. “I give people permission to be vulnerable and pursue their passion.”

Larson said keeping a band together is like trying to hold a marriage between four guys. While many tend to leave for other “normal” job opportunities, the show must go on.

“In the scheme of things, no one knows who we are,” he said. We’re a tiny band in a tiny city. But even as a tiny band we are able to connect with people,” Larson said. 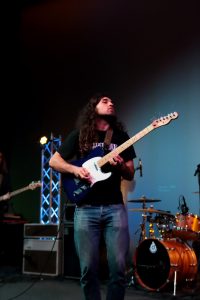 In a college town where technology and school work seemed to consume the lives of everyone around him, Larson saw music as a way to be in touch with the present moment and his inner emotions. Whether these emotions were traumatic or filled with joy, lyrics allowed him to share his vulnerabilities with complete strangers.

When he performs, he has to relive what he felt when he was writing the lyrics of each song, which can trigger layers of emotional memories. Although Larson exposes some of his most vulnerable sides to large crowds of foreign faces during his performances, he is really externalizing his soul and passion.

“It’s life enriching,” Larson said. “I try to enjoy lyrics even if it means looking through a difficult past. Hopefully my performance makes people feel more alive and in touch with themselves.”

Larson found himself in a situation similar to many other college students after graduation; buried in student loans with pressure to get a good job that suited the major he chose to be in four years earlier.

He felt tied to being consistent and following what everyone else was doing. Once he slowed down, stayed receptive and listened to his intuition, he chose the path many people are too afraid to take. While many of his classmates were heading to physical therapy school, Larson chose music.

Following your gut is one of the hardest yet rewarding choices an individual can make, especially when they are about to receive a college diploma.

“I have a belief that there is a knowing-self inside us all. People call it so many different things. You can call it the knowing-self, the Buddha or God inside of you,” Larson said. “I don’t know what to call it but I just know every once in awhile I get a glimpse of it and I know exactly what I’m supposed to be doing.”

Barbara Levin is a KCPR staff member and Cal Poly journalism senior. She profiled Larson in this article. The photography is courtesy of Larson.