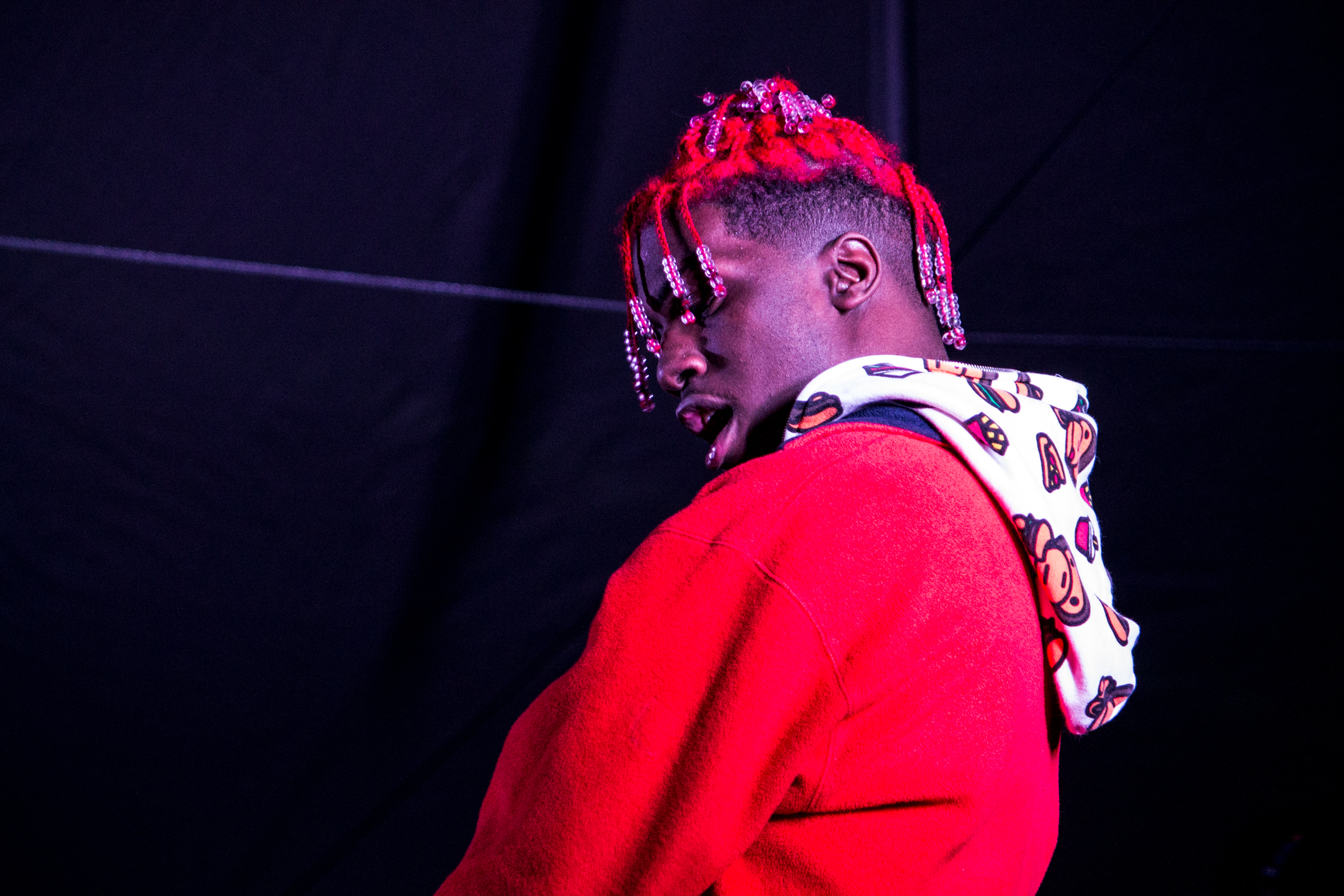 They came in technicolor jumpsuits.

This year’s sold out SnowGlobe Music Festival boasted more than 60,000 attendees over its three day span, and not one person stopped moving to keep warm the entire weekend.

The festival ran from Dec. 29-31 and rang in the New Year with an especially stellar performance from electronic heavyweights Odesza. With temperatures dropping harder than the bass, festival-goers were in a constant battle of nature versus concert, surrounded on all sides by the mountains of South Lake Tahoe.

Still, that didn’t stop anybody from having a good time.

It was a sensory overload in the best of ways. In between sets from world-renowned electronic artists like Flume and RL Grime, skiers performed back flips, fire-throwers illuminated the air and took off the chill, and the crowd’s reaction to such spectacles kept the atmosphere almost – warm.

The festival grounds were half the spectacle. SnowGlobe is situated smack dab along pine-peppered ups and downs of South Lake Tahoe. In order to get from one stage to the next, we marched through the snow and up a little ice covered hill (to the great dismay of my legs and ass). Food trucks and warm drink bars hid in tents throughout the grounds. A warm Asian noodle bowl or hot cocoa proved to be the saving grace time and time again.

There were three stages, two outdoor and one indoor stage with the unbelievably clever name, “The Igloo.” Between the talent and LED visuals, experiences across “The Igloo” and stages not called “The Igloo” were well-worth loss of limbs to the elements. 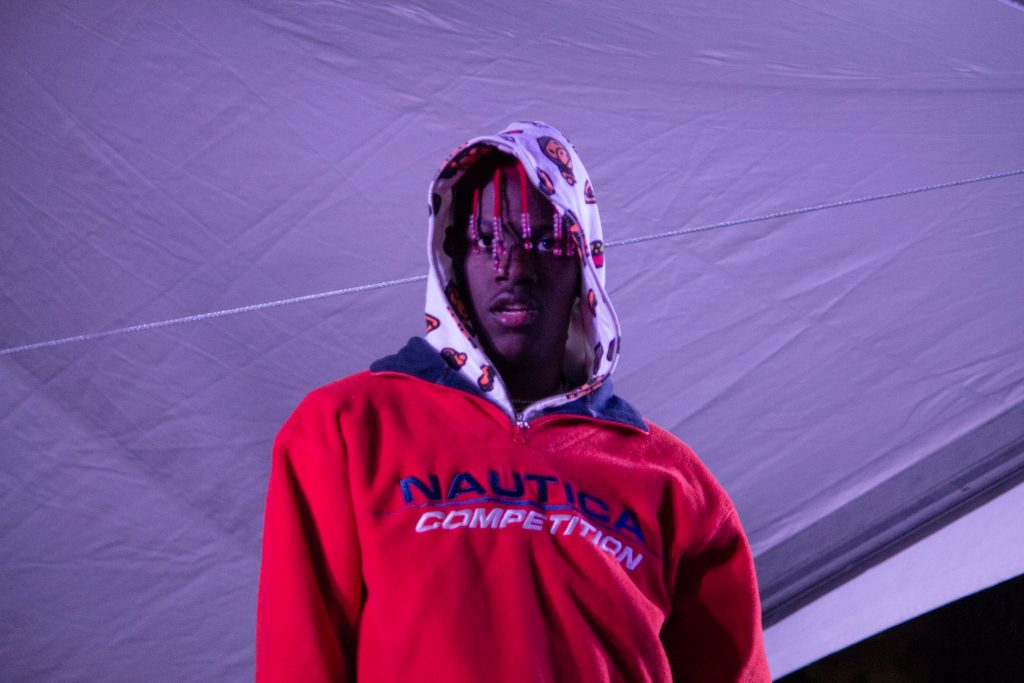 Lil Yachty set the crowd into a frenzy with his twilight set, opening up the crowd a few times for a snowsuit-padded mosh pit. His infamous cherry red braids peeked out of his hoodie and swung about as he performed his hit songs “Minnesota,” “Broccoli,” and the internet sensation “One Night.” The phrase “I just want you for the night,” floated out from behind every face warmer in the crowd. Not a single snow boot stood still for the growing star’s set.

Mr.Carmack had a standout performance on the main stage despite his midday set time. He translated popular rap tracks into dancehall bangers with ease. Initially, he emerged onto the stage with mysterious figure, adorned in a completely white headdress. As the music picked up, the silvery snowbeing contorted himself and danced about in rhythm to Mr.Carmack’s vast assortment of hits.

His set impressed, even with a few hiccups in his mixing, which only proved that he was actually doing something up there besides plugging in an aux cord and hitting play. (I’m looking at you, The Chainsmokers.) 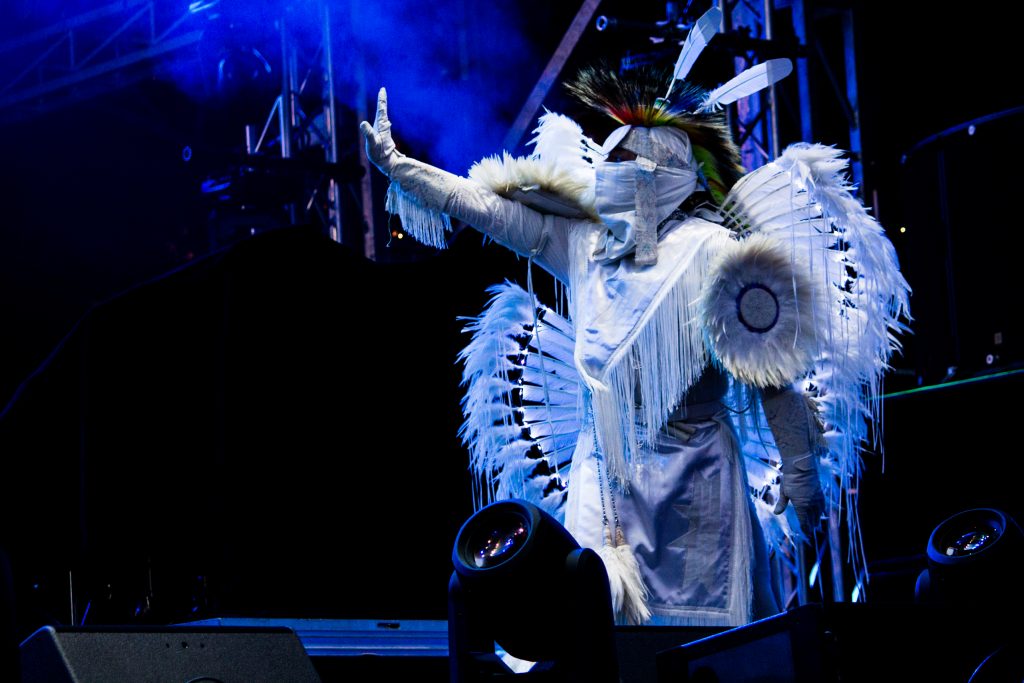 DJs went back to back to back on the main stage with an astounding assortment of electronic beats. RL Grime brought life to the night as he played his original tracks “Scylla” and “Tell Me.” The presentation was heightened with pyrotechnics and a giant tombstone, à la his label’s trademark, breaking through the dry ice smoke. Flume banged away on his drum pads to close out the first night, and Odesza brought out an entire drum line to perform under the fireworks as the clocks changed to 2017. Up and coming stars Gavin Turek and Sam Gellaitry played on the smaller stages, but to noticeably large crowds that were constantly getting groovy.

One unique aspect to this festival were the totems that filled the air above the crowd. For those of you that don’t know, totems are decorated tall sticks, signs or flags used by groups of people to mark the gathering place of their tribes, their groups and social circles. Christmas light-adorned jellyfish jumped next to signs like “Make America Trap Again” or “I’m not NOT down.”

My personal favorite was a mop. Someone actually grabbed a mop from their closet, brought it to the festival, and waved it about for the world to see.

Even from the back of the crowd at the mainstage, the artists peaked through totems lighting up the sky. 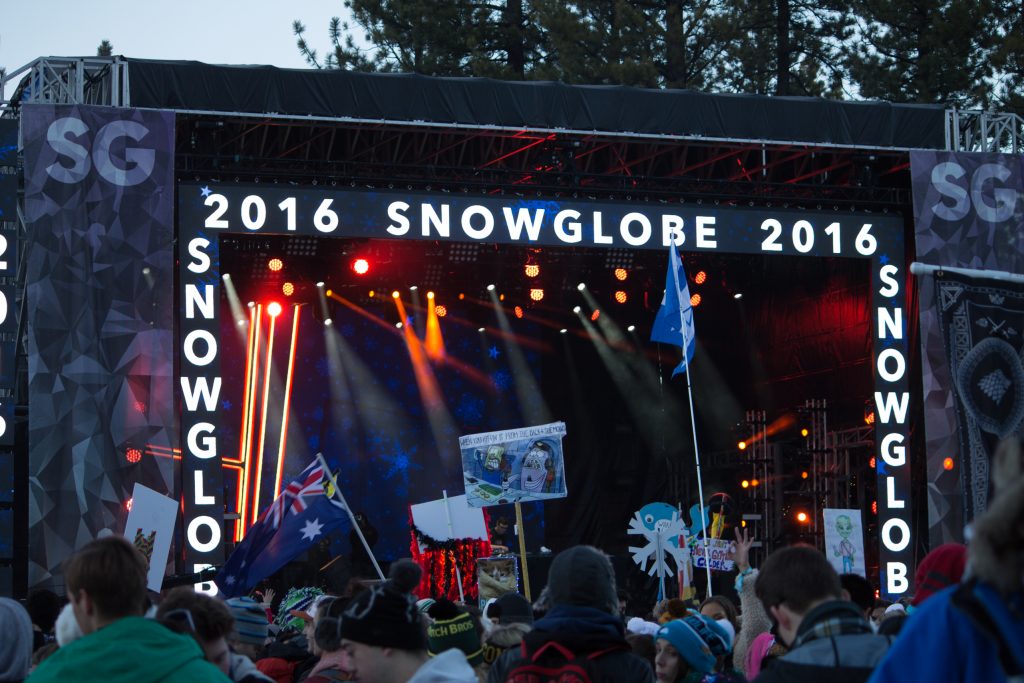 This year, SnowGlobe proved worthy, evidenced by the sea of smiles under the last flickering fireworks. This KCPR DJ waded his way back to the rented trap house cabin, satisfied. Just remember to bring handwarmers for your lightgloves next year.

Peter Jensch is a KCPR DJ and Cal Poly business administration senior. He wrote the words and occupies KCPR airwaves on Wednesdays from 10 p.m. to midnight. Cynthia Davis took the photographs. She’s a KCPR and Cal Poly environmental earth and soil sciences junior, and spins tracks on Wednesdays from 6 p.m. to 8 p.m. KCPR is accessible in the San Luis Obispo, CA area via KCPR San Luis Obispo 91.3 FM or anywhere via KCPR.org.