Toro y Moi has been around for a minute.

Chaz Bundick, the brain behind Toro, celebrated his 30th birthday last week. That leaves him in in his eighth year of professionally making music. I’ve had the pleasure of seeing him perform twice before. I first saw him at FYF Fest in LA in 2013, when he was primarily performing stuff off his debut, Causers of This, and at the time had just released Anything in Return. I saw him again at FYF two years later with full band accompaniment, playing exclusively off his more psychedelic-rock focused What For?

Look, my point is this, the guy has been evolving musically in a big way. On Friday night, I saw that in person for the third time. 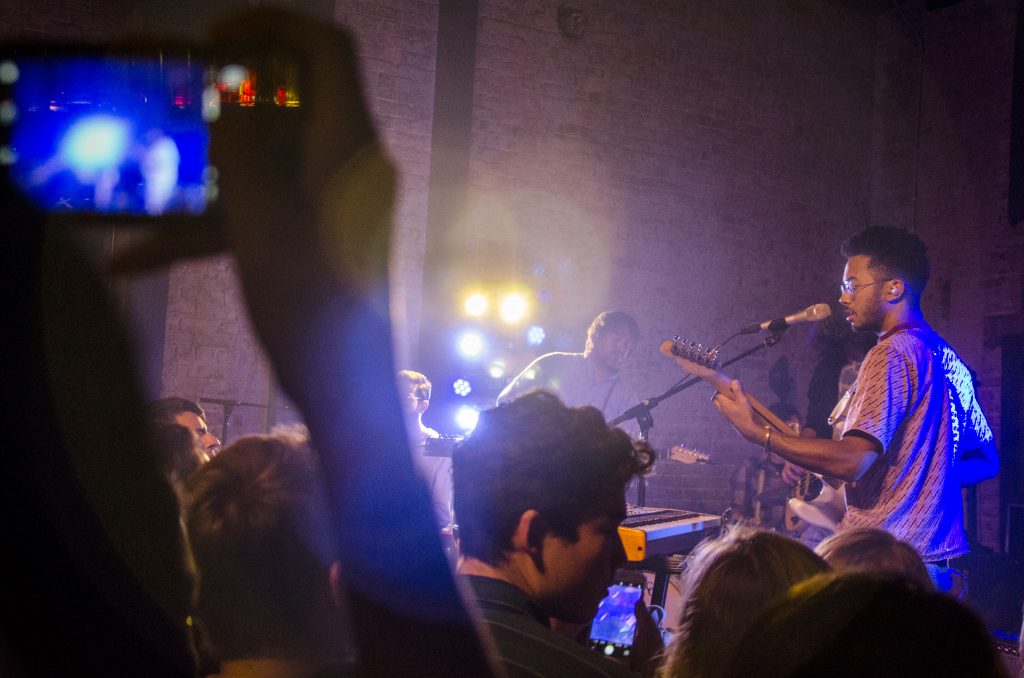 The Mattson 2, the opener, and Bundick made their way to SLO Brew and performed in front of a sold-out hip-ish audience, young and old. The venue was teeming with excited fans and the energy was unmatched.

The Mattson 2 came out first and played complex jazz-influenced surf rock, reminiscent of Vulfpeck or El Michels Affair. The two guys, one clad with a double necked guitar, another on the drums. The guitar isn’t even the gimmicky part of the outfit — they’re identical twins. Jared and Jonathan Mattson shimmer together, creating the perfect high-energy vibration in preparation for Toro’s set.

Bundick hadn’t released anything new since What For?, so I really didn’t know what to expect. Fortunately, his performance matched the overwhelming fan enthusiasm, and exceeded the previous times that I had seen him. He played a refreshing blend of classic beat-oriented and new psych-rock Toro y Moi. 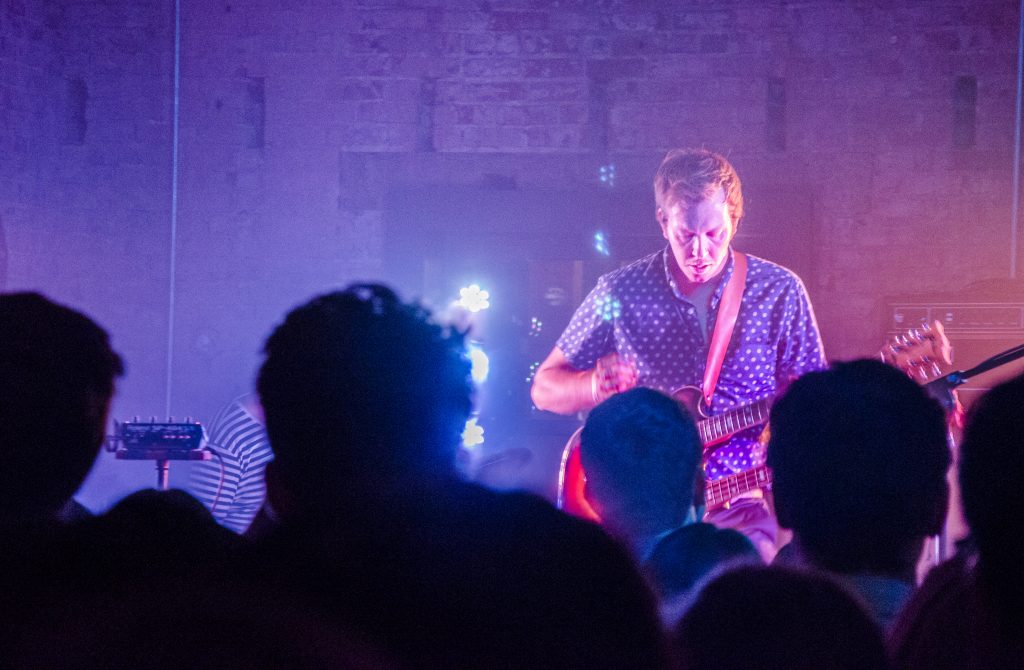 Bundick and his bandmates took the stage, starting off with “Lilly” from What For?, immediately setting the erratic, but overall groovy dancing from the audience into motion. Bundick, though adored by everyone in the room, says a quiet “thank you” after each song, which followed with roaring applause. After a few heavily instrumental songs, they began to play tracks from Anything in Return, transitioning into more iconic-Toro chillwave electronic sounds.

Halfway through the set, they brought it back down with “High Living,” which feels like a slow, groovy intermission, the audience swaying together. Bundick seamlessly moved from instrument to instrument, playing guitar, keys, and manning the synthesizing and electronic cues. He even reached far back and played a track from his debut album, Causers of This, which evoked a really positive reaction from his long-time fans. And yet, he feels as casual as his jeans and red t-shirt.

The band stepped off stage, shaking hands with excited fans before disappearing backstage. The show did not disappoint; while Bundick focused on his new, less “chillwave” style with a full band, he made time to show his roots, incorporating the electronic music that got him started. For that, we love him.

Lucy McNeil wrote the words; she’s a KCPR DJ and Cal Poly psychology junior. Lucy throws down Toro tracks on Thursdays from 4 p.m. to 6 p.m. on KCPR San Luis Obispo 91.3 FM or from our website’s stream. Matt Goulding, who shot the photos, plays music on KCPR on Saturdays from noon to 2 p.m.