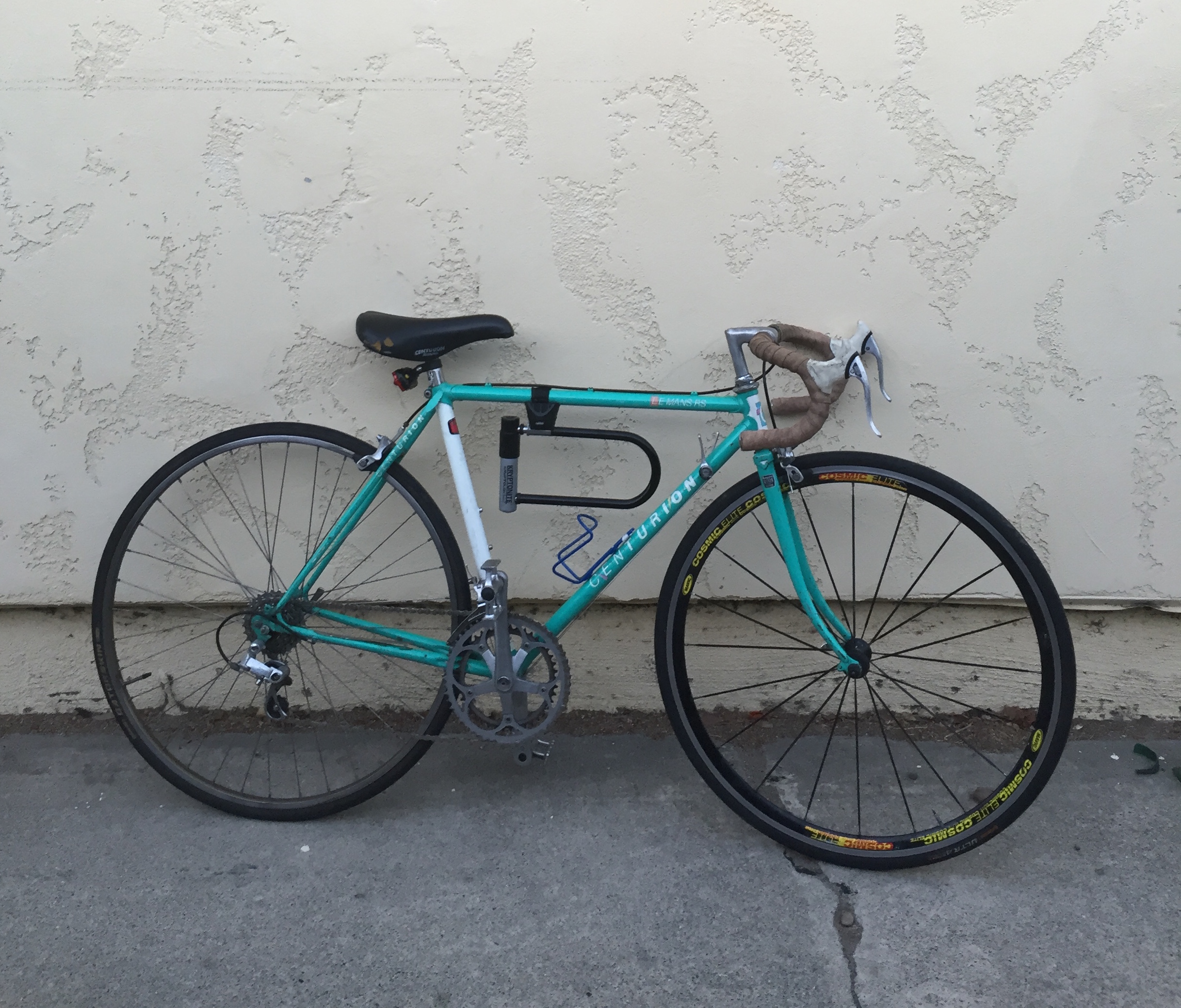 A few weeks ago, my bike got stolen.

My 1986 teal steel-framed Centurion LeMans road bike — a real beaut. I was devastated. While my main concern should have been that I had no way to get around, I couldn’t help but feel sad and nostalgic. This bike meant a lot more to me than the thief probably realized.

I had had that bike for almost four years, which means that senior year of high school, I was whipping around my neighborhood listening to the Palo Alto soundtrack through my headphones on full volume. Listening to music while riding my bike is one of my favorite past times. When the Real Estate’s album Atlas came out in 2014, I’d go out and ride around blasting it. Nothing is better than pedaling fast and feeling explosive wind against your face, singing along to sad lyrics.

When I was feeling freaky, I’d listen to “Visions” by Grimes and bomb a nearby hill, perfectly timed with the drop in “Genesis.” I listened to everything from my ex-boyfriends’ mixes to playlists from 8tracks. Riding with music became my greatest distraction from the angst and high school busywork.

My bike stuck with me during everything, including my tumultuous Burger Records phase, riding to the beach singing along to Summer Twins and FIDLAR. My ever important musical growth during high school would not have been the same without my Centurion. I even mastered the “stick-one-earbud-in-your-shirt-when-a-cop-drives-by” technique. It was an edgy time that served a great purpose in my growing up. 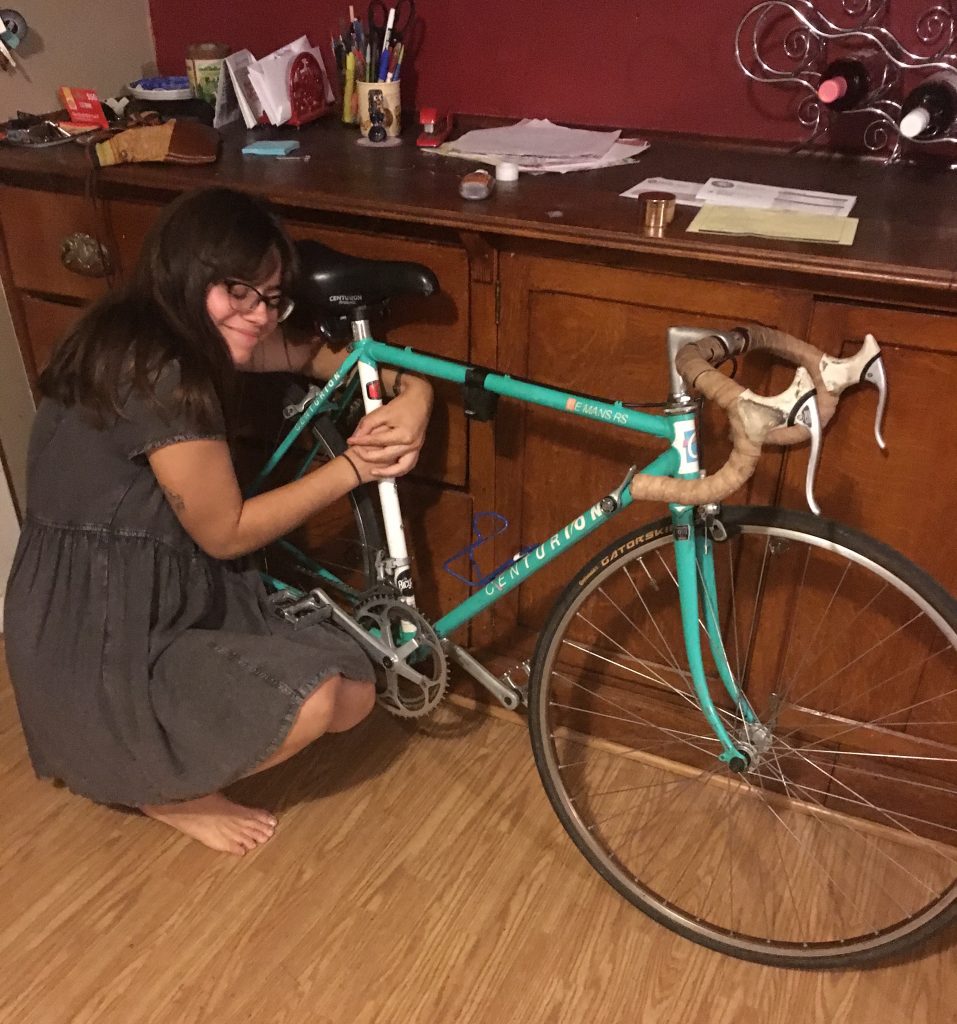 The fun didn’t stop when I came to Cal Poly; I’d speed down Perimeter Street at 3:50 a.m. to get to my 4 a.m. radio show at KCPR, usually cold and in a bad mood, but I didn’t mind. As my music taste matured, picking up on underground music that I was hearing at the station, I found myself listening to music during every waking moment that I wasn’t in class, including the bike ride to and from class. Ariel Pink, Jerry Paper, Good Morning, and Homeshake made their way into my rotation.

Miraculously, I ended up finding my bike two days later on account of the carelessness of the thief, who was hanging out at the park around the corner. Through all the madness, I had realized how much my bike means to me. It’s more than a bike. It housed an important musical development in my life. Maybe it took losing it to realize that.

There are more ways to enjoy music than you might think. Whether you like blasting music in the car or prefer that early morning run, it has a different feeling through each activity that it manifests. Music is multifaceted, harboring different emotions in different ways. Exploring music in these ways has helped me better understand what I’m listening to.

Music at its core is movement. The way you move to music reflects it in a completely different way than if it were played sitting still.

Lucy McNeil is a KCPR DJ and Cal Poly psychology junior. You can hear music straight out of her nostalgic musings Thursdays from 4 p.m. to 6 p.m. on KCPR San Luis Obispo 91.3 FM or from our website’s stream.