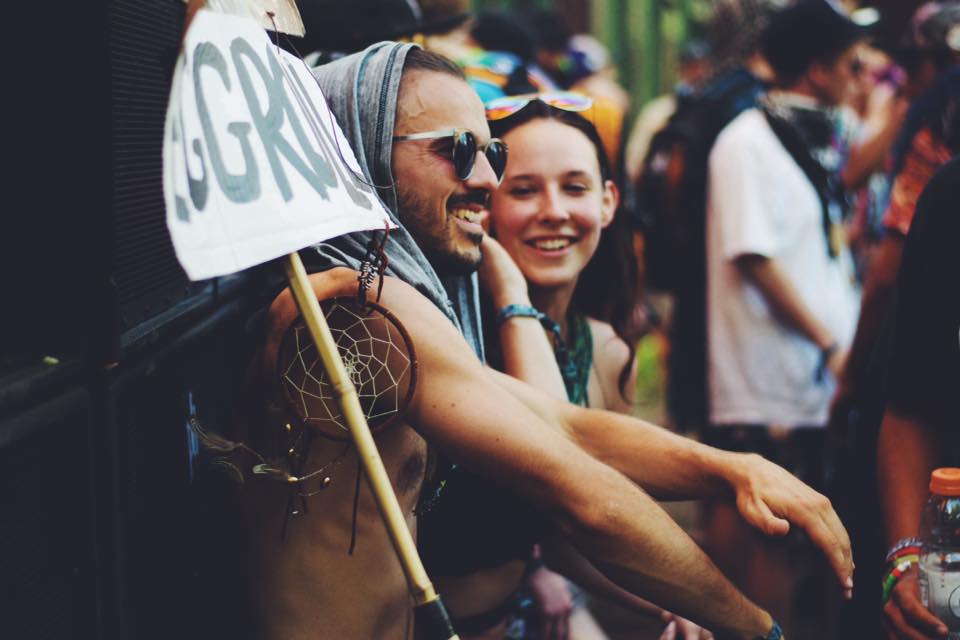 The Shabang is Back

I rolled down the car window, filled my lungs with a dose of crisp British Columbian mountain air and felt the corners of my mouth curl upward; I kept my gaze fixed on a passing parallax of fir trees as my mind fell numb. Perhaps it’s the familiarity that the Rocky Mountains Carry — my memories of an Idaho upbringing brought me to the backseat of my mother’s olive green Lexus as we wound through towering spruce-clad mountains and listened to the lyrics of rock and dirt crunch under the wheels. The road to Shambhala was uncannily reminiscent of my childhood commute in the Sawtooth mountains; this same feeling of peace and tranquility flowed through my veins when I realized — I was just going home.

Hand-painted letters danced in the breeze — a “Welcome Home to Shambhala” sign sang to its one-weekend residents as they trickled in through the festival entrance to become part of this ephemeral society. Acres of tie-dyed rooftops, camp chair sculptures, and painted busses lined the valley floor and hugged the curves of the Salmo River. 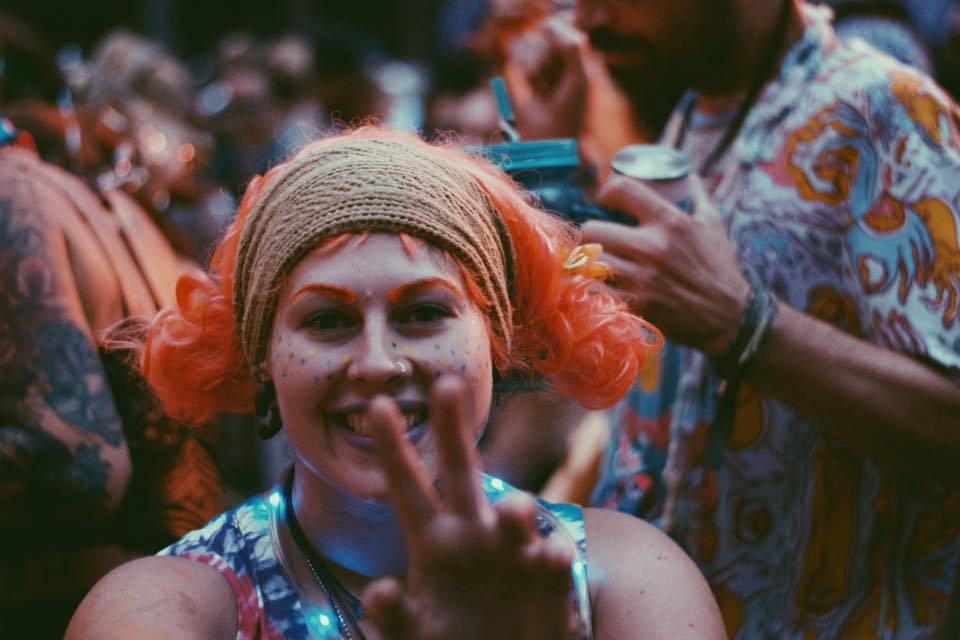 I quickly learned that everyone at Shambhala is already your friend, family. Formal introductions are thrown aside in place of a hug or customized greeting inspired by a detail in a costume, beautiful facial feature or distinguished emotional expression. In an environment free of judgement, there’s really no place for empty small talk or a handshake. Like any family reunion, I walked no more than several feet before pausing to reconnect with a long-time stranger.

Consequently, what I assumed would be a fifteen minute walk to the heart of the festival grounds landed me three hours later in a window-lined landscaping truck with hardwood floors and an extensive collection of dinosaur figurines lining the bumper. I was invited aboard to join a fluctuating gander of individuals nested in their neon tutus; they exchanged stories with a sort of satisfaction reminiscent of pairing a missing sock with its match and folding the two together. I seemed to fit right in by standing out, and I fed off of their anecdotes as if grazing on an appetizer platter. 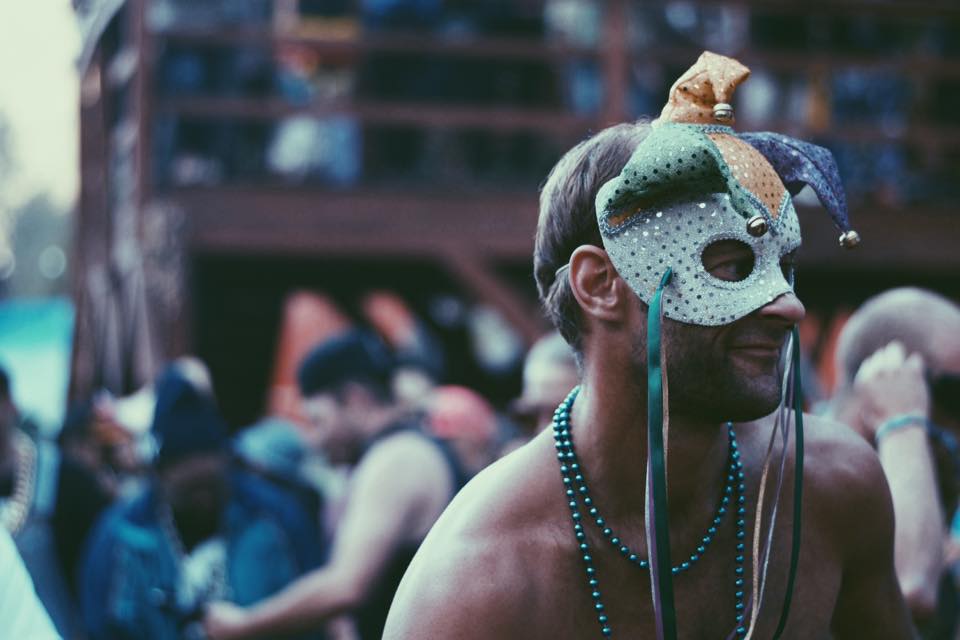 Herds of Shambhalites rolled by the stern of the glass truck like the afternoon swell, building momentum and breaking just as they passed under the archway and into the festival grounds. I strapped on my panda bear backpack and jumped in, riding the waves of eager faces through the front gate and into Shambhala.

I posed with my thoughts by the river and observed a tide of bodies rise and fall under the heat of the sun. I sat in a treehouse and listened to the music of light rain percussion and the melody of continuous conversation. I watched a garden of muscle and concentration sway in the breeze of  Vinyasa flow. I dozed off weightless among a cluster of hammocks, submerged in my own self acceptance and observed everything become more beautiful. I felt comfortable in my own company. I felt comfortable in the company of others. 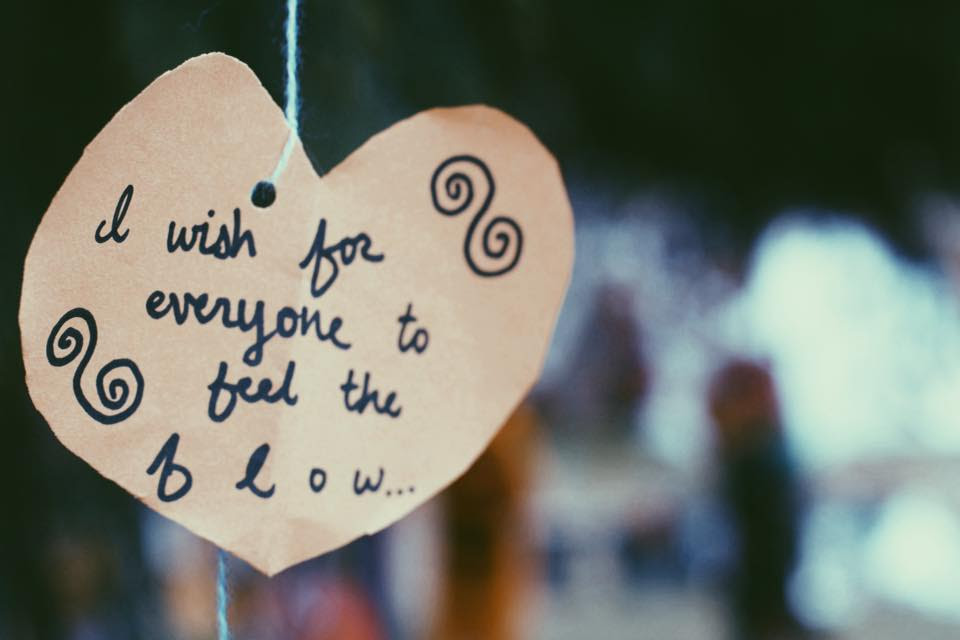 As the sun slid down the backside of the mountain like a dimmer switch, the festival grounds and its inhabitants began a metamorphosis. Daytime details shed to make way for all that glittered under a bottomless sea of stars. Wide-eyed Shambhalites with shiny scales and glowing fins flowed through textured structures, dancing bioluminescence and sandy dance floors. Each individual was utterly unique in form and sported outfits, features and embellishments that were adapted to each of their own needs.

In the festival there are six venues — submerged in layers of shifting laser beams and plumes of fog that lured schools of guests while throbbing speakers captured them in a wide net of pulsating booms. These venues breathe the oxygen created by the Shambhalites — a photosynthesis of collective movement, energy and expression. I have attended festivals where bodies are packed like sardines — where people must swim or die. At Shambhala everyone is given their own space — and within it their own universe, planet, and world. 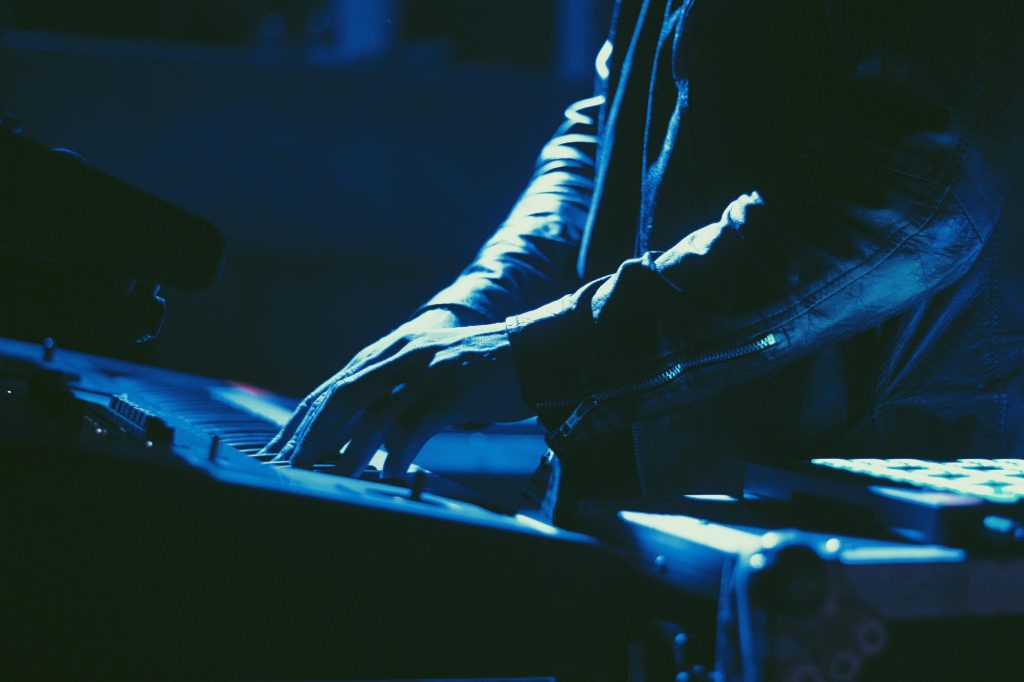 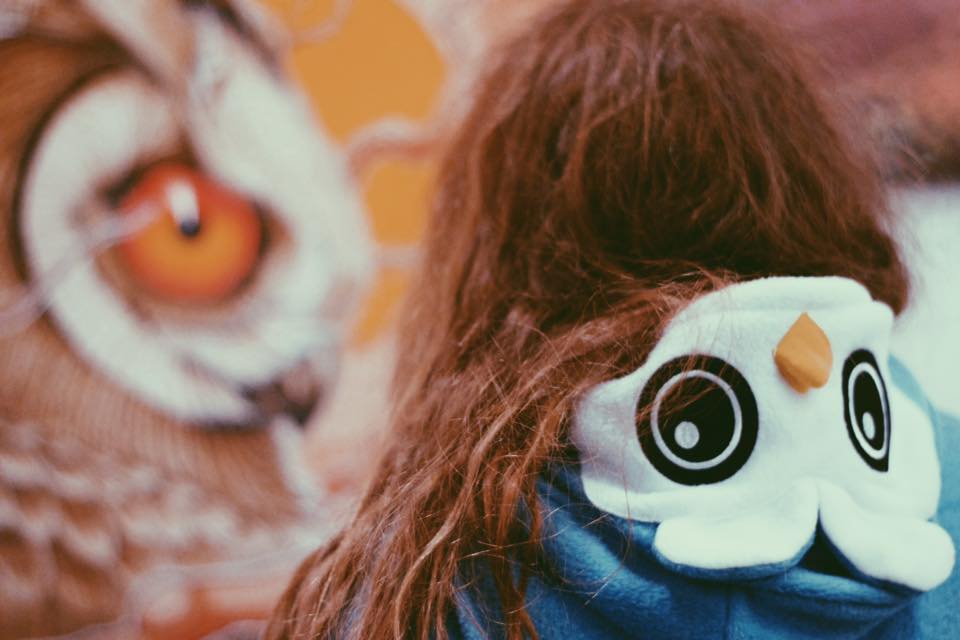 During these 3 days, I experienced nocturnal living for 3 straight nights. Owls belong to a species of bird known as Strigiformes that are nocturnal birds of prey recognized for their impeccable hearing, vision and silent flight. My fleece feathers swayed softly with each step and no matter where I was perched, the constancy of loose and seamless light blue fabric on my skin told my brain I was a child laying on a living room rug.

Harboring no two critters alike, many herds, flocks, and litters roamed the festival grounds; dinosaurs walked with Pikachu, walked with unicorns, walked with dogs. With eyelids at half-mast, many were sprawled on their furry stomachs before a giant projection of Mario bumping into mystery cubes or could be spotted nesting near atypical altars. 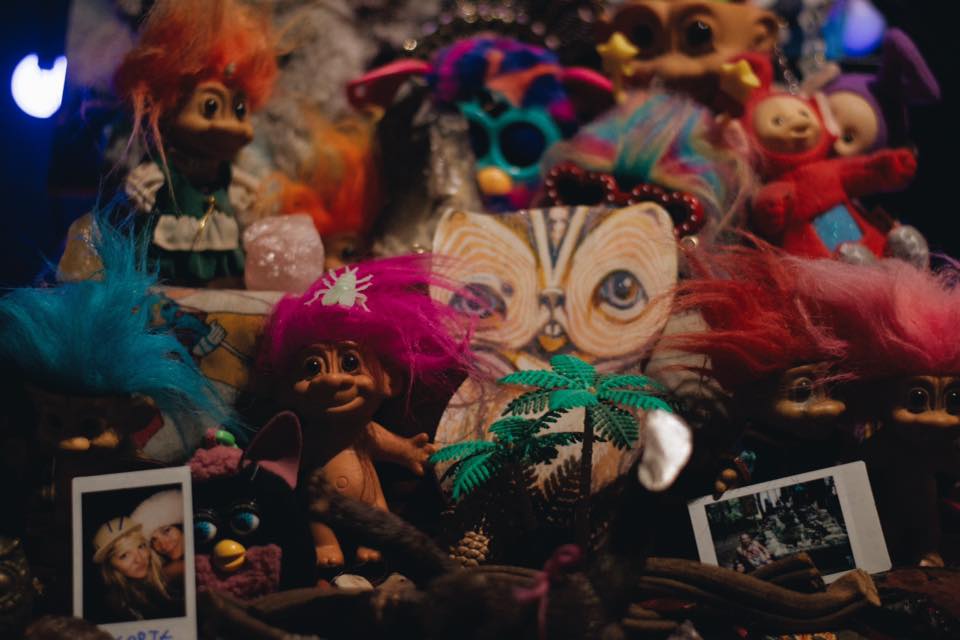 I wandered into a large geo dome structure, like the one typical of an elementary school playground. A layer of thin white fabric blanketed its skeleton of wooden triangle poles and allowed the morning sunlight to saturate the still air inside. I was greeted by canvas-clad walls sporting a mismatched array of colors, textures, patterns and subjects. I idled in front of a painting of a small red-headed prince with a hunch in his neck and a face void of expression — the sparkle in his eye stolen by the biggest jewel on his chunky crown. His body proportionally could have weighed half that of his head, yet it was enough to hold his heavy mind suspended there in time. A bald man with a frosted-tip fur coat sauntered in and stood next to me, trying on my perspective for size. He commented that my face seemed to match the one gazing back from the wall — I told him I was taking a shark nap. Most sharks need a constant flow of oxygen through their gills, so they really never stop moving even when they are asleep, just rather a moment of physical restfulness.

And in proper shark form, I swam unaccompanied, occasionally feeding on larger performances in a small group. Despite this manner of solitude, I have never felt more in the company of others. A simple smile in passing or perhaps hours of conversation, I saw acknowledgment in each set of eyes; it was with regard that the Shambhalites treated each other, the environment and themselves. 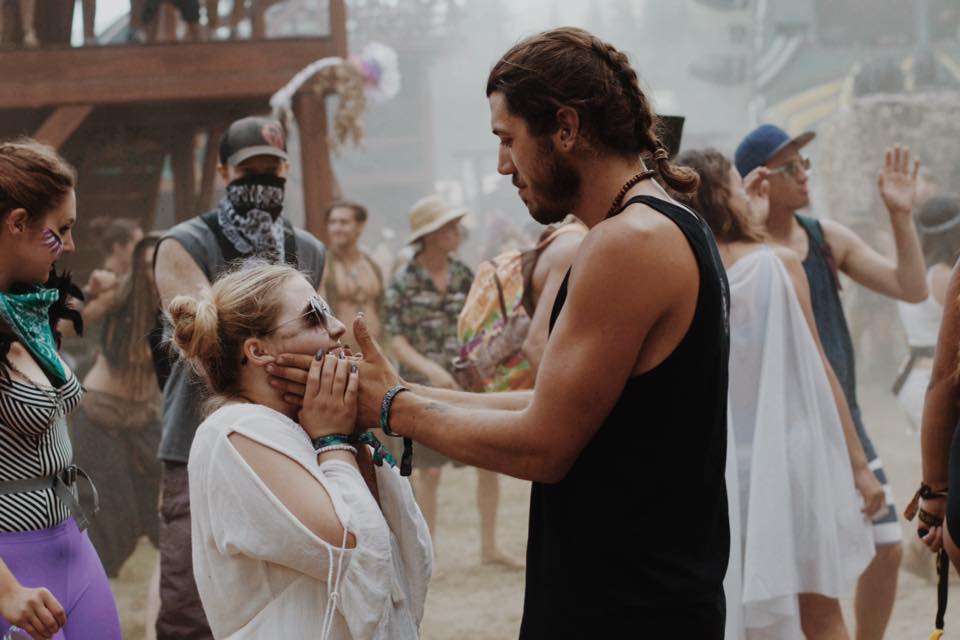 Printed navigational aids were sparse in these waters. Maps were simply not in circulation, and if one desired a schedule of performances, it was exchanged at an unadvertised location for a story, joke or custom offering. I followed an internal bloodhound that proved a loyal companion, picking up on the scent of contentment regardless of the situation. I suppose you miss out on a lot of things at a festival when you already know where everything is — when one has no set path, she can end up anywhere.

On our drive back to San Luis Obispo — from Canada — a wildfire sent us wandering toward the coastline of a golden and rolling Northern California. Siri’s head was somewhere else, so we were left to our own to find a place to use the restroom; we were soon ushered into the check-in area of a Buddhist convention by Llama Jerry and his mother, who kindly pointed out the marbles in my mouth whilst pronouncing ShOmBluh.

ShAMbAla is a Sanskrit term used in many Buddhist teachings alluding to a “magical kingdom”; Shambhala is a place of tranquility, peace and happiness where all inhabitants are enlightened and war and injustice is unknown. Mipham Rinpoche, one of Tibet’s most revered meditation masters, specifies that the legend, Shambhala, was able to thrive due to it’s inhabitants. Each of these figures participated fully in creating a culture of kindness, generosity and courage. 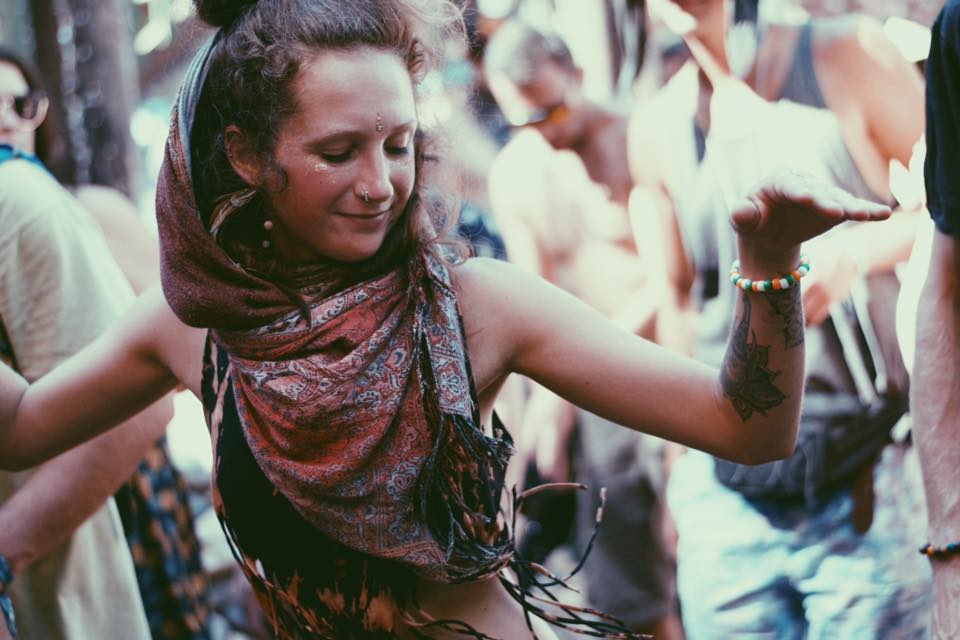 Most Instagram-able Spots Across the Central Coast