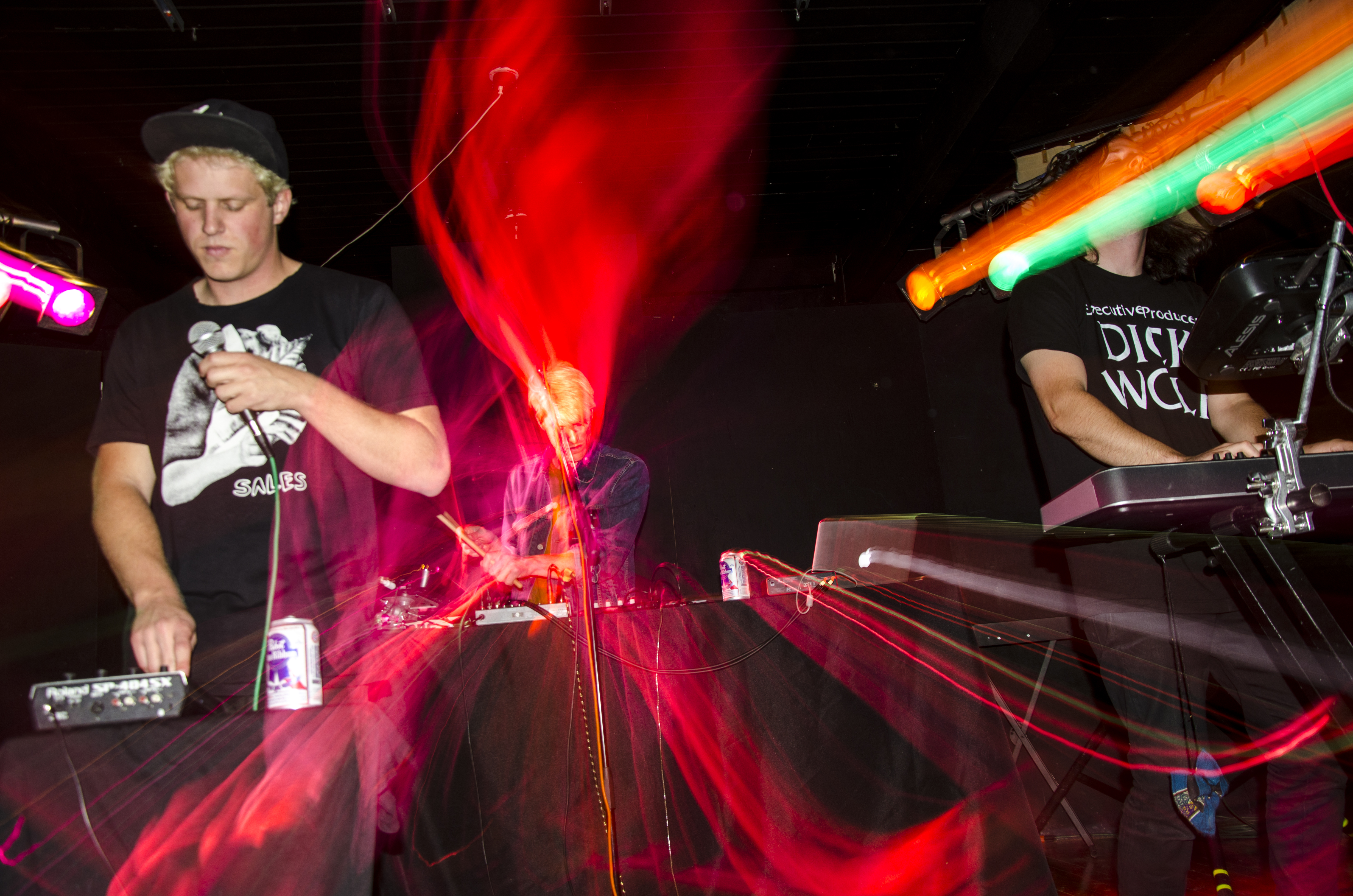 At 7:30 p.m. last Thursday, Monster Rally and TV Girl kicked off KCPR’s Benefit Series with a bang. The venue, the San Luis Obispo Grange Hall, was packed at the front of the stage with room for the hula-hooping and dance circles on the opposite side of the hall. The décor, as TV Girl member Brad Petering acknowledged, was reminiscent of a high school prom: complete with streamers, pastel colored lights, a disco ball and a mannequin with a snapback that read “Chinatown.”

Monster Rally, a.k.a. Ted Feighan, is a Cleveland native, now producing his own unique tropical pop out of Los Angeles. His last album release was in May of last year, but more recently he produced “What’s He Talkin’ About” on the new Not the 1s album and released a “creepy new video” for his song “Swami.” Feighan set the mood for the event on Thursday by establishing a mellow but lighthearted mood among the crowd with jazz, funk and dancehall-influenced tropical pop. But then, TV Girl brought it up a notch. 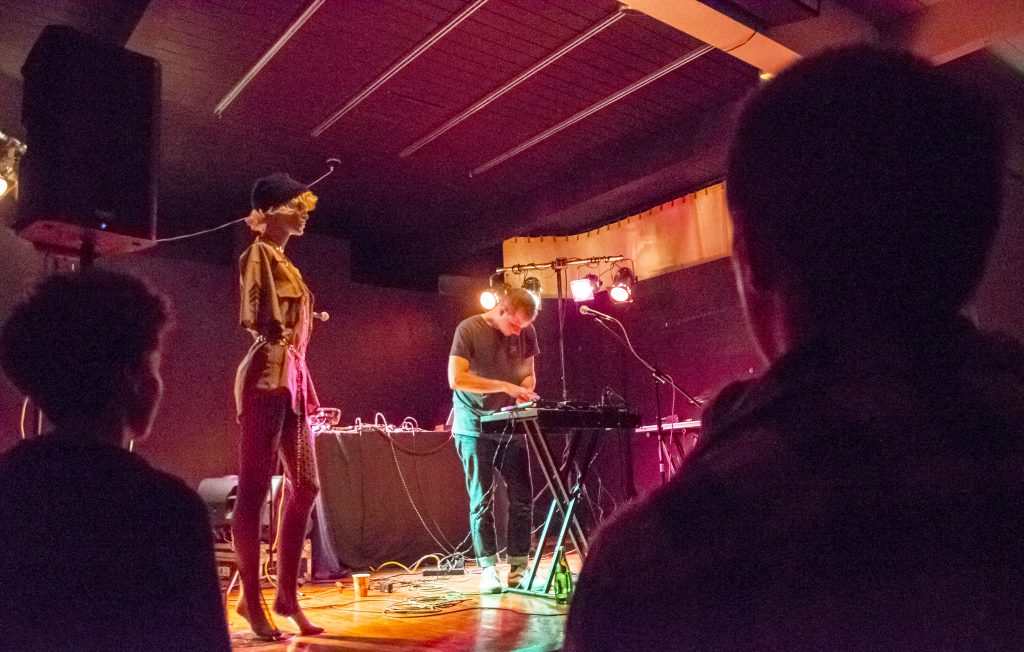 TV Girl describes their music as indie pop that “you can sing along to, but wouldn’t sing around your parents.” The trio of Petering, Jason Wyman, and Wyatt Harmon were a bunch of close friends having a great time. There didn’t need to be anybody watching.

They got unabashedly personal with the audience. About seven minutes from the end of the show, after Petering’s intimate dance with the mannequin (resulting in her losing her hat and hair),  Harmon explained the synchronized dance he and Petering had performed during their last song. This somewhat interpretive dance, “the apple,” consisted of moving your body to appear as though you are first picking the apple then polishing the apple, discovering a worm in the apple, and finally stomping on the worm repeatedly — until it dies. 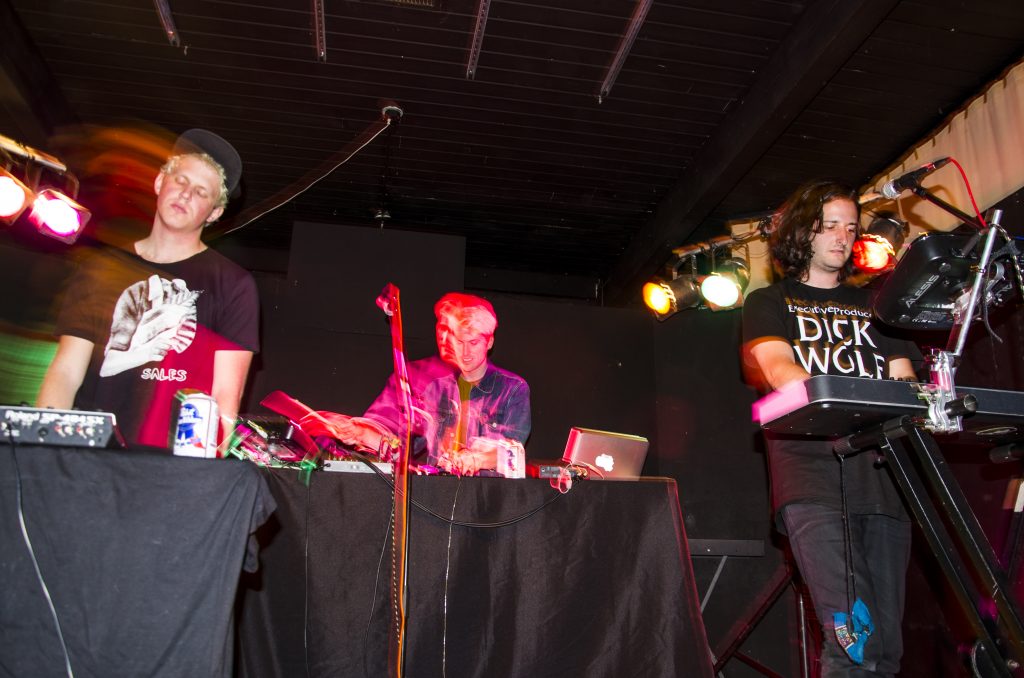 Their playful sense of humor stimulated the crowd. That mood was emitted through both their banter and their music. TV Girl was undeniably dorky, making them relatable and lovable, and making the audience comfortable. There was no pressure to be cool.

The songs were not solely playful. TV Girl evoked nostalgia and even some good ol’ teenage angst by acknowledging the prom-like setting and singing about items they left at girls houses. (Certainly got me thinking about some shit I left behind.) They evoked a different, more classic type of nostalgia by combining swing/50’s pop undertones accompanied by some “wah-oohs” into their unique postmodernist indie pop sounds. 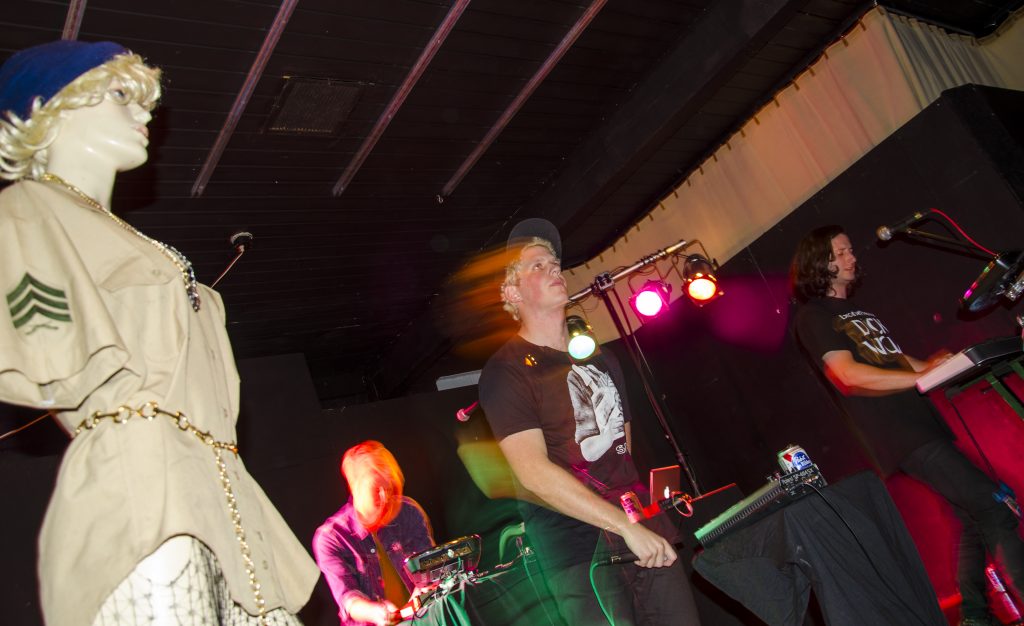 As TV Girl played their last song the crowd around me appeared to be dancing their hearts out. When it was all said and done there was no chant of an encore– not because we were done hearing from the group, but because the end of the show felt so satisfyingly complete.

The KCPR Benefit Series will continue with Vundabar, Dante Elephante and Shoot the Mariner also at the San Luis Grange Hall on May 30th at 7 p.m.