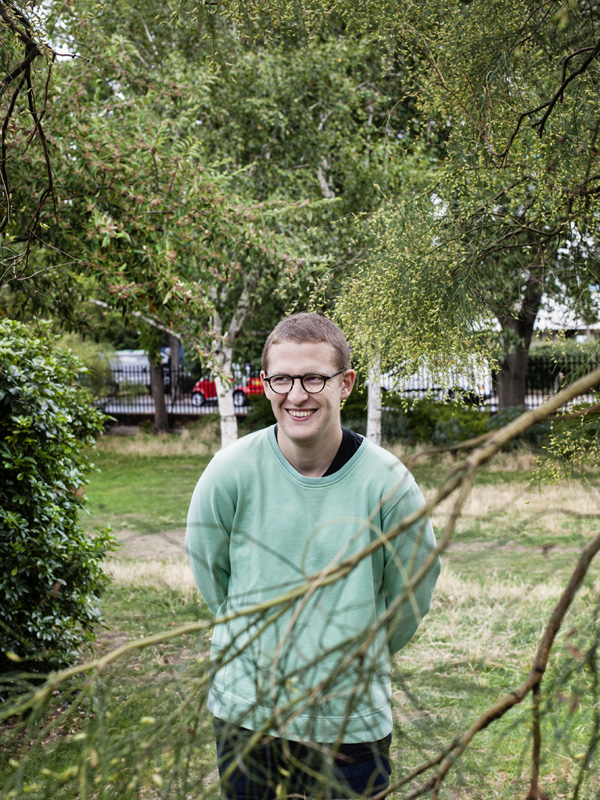 In contemporary mathematics, the concept of a floating point is used to describe a series of numbers that surround a decimal place — numbers that aren’t fixed in space, numbers that float.

In a culture that reveres efficiency at the expense of true, meditative thought — efforts to envision the buoyancy of mathematics feel inconceivable. How can a number actually jump? Or float? What comprises this space? Few and far in between can comfortably visualize a scene like this. I know I can’t.

Often times, we assume our inquiries are restricted to those wearing thick-framed eyeglasses or trump-rankings on RuneScape. In little spurts, we concentrate to answer momentary questions, only to eventually retreat to our own, contemporary silence. Confusion has a horrible habit of confounding complexity. In other words, when things stop making immediate sense, our brains turn off.

Sam Shepherd, a.k.a Floating Points is the modern incongruence — a neuroscientist, an electronic musician, owner of over 10,000 records, the son of a priest. A kindred force to many in the sphere of intelligent dance music (IDM), Shepherd’s fluency in mixing seemingly oppositional music has set him apart from the constricting format of musical production. He excels in fusing bits and pieces of things he’s collected over the years — forgotten samba, bizarre jazz, infectious disco, and frequently collaborates with musicians like Four Tet, Caribou and Jamie XX to produce sometimes 6 hour long sparkling DJ sets.

Shepherd recently completed his PhD in epigenetics, news perfectly timed to the celebration of his newest, critically acclaimed release, Elaenia — an album better described as a rebirth.

I spoke to Sam over the phone this week to talk about his upcoming show in Los Angeles at the Shrine on April 30th, not reading enough, and how vinyl may someday kill the Earth.

You’ve mentioned realizing you wanted to do music for the rest of your life during your doctorate work in London, but how did you come to that point?  When (and how) did you start collecting records and begin to amass this astonishing amount of music?

I started collecting records really as a necessity, because there was music I wanted to hear. Growing up in Manchester,  CDs were stupidly expensive for a kid with no cash. So I was just buying these records really cheap. I wasn’t thinking about a record collection because there wasn’t anything cool about it. It wasn’t cool at all. Actually, at school people thought it was a bit silly. I needed the music — it turned into a thing when I started wanting to buy records. That’s where it became a problem [laughs].

Yeah, it’s definitely not fetishization in any way. I didn’t care, I just wanted the music. A lot of the music I wanted to listen to just wasn’t digitized. There were a lot of jazz recordings at the time I was super interested in finding, but I could only find on records.

What do you think of the reach toward digitization and its effect on records?

I think it’s great. I just want music to be accessible and people to be able to get hold on music. That’s super important. There’s a lot of places nowadays where vinyl wouldn’t be an accessible format. Modern vinyl production —  there is something slightly fetishized about it, but I enjoy putting out records. Of course, I have environmental concerns about the amount of oil it uses compared to a  digital file.

I was in Amoeba the other day and found “Light as a Feather” by Chick Corea. I think it was the very first record I ever bought. It’s a record that means a lot to me. It’s a really beautiful record, with Chick on piano and Flora Purim on percussion — anyway, it’s an insane jazz record, basically — it’s very uplifting.

In these long, expansive sets, especially like the ones you performed at Plastic People (a British nightclub), how do you mentally arrange the music you select? I mean, you go from Dee Edwards to Jimi Hendricks to Cortex to Burial…

I guess it kind of stems back to how I keep my records, which is in absolutely no order.

There’s all there, just on a shelf and then before a gig I’ll just go down to my records and be pulling things out of shelves. I’ll just be like, “Oh, I haven’t heard that in ages — I’ll pull that one.”

Whatever I fancy at that literal second is what I choose ….

So it’s not a calculated decision where you’re thinking about it weeks prior to…?

[Laughing] No, no. Like maybe about 15 seconds before the record starts playing, I’ve made my mind up. And you know sometimes — when I first started doing it, I’d change my mind in the last second right before the record ran out. But those things never struck me as being a problem, you know? The music stopping, starting again. No one cares.

It’s great, you know — Ade, who used to own Plastic People — he would just stop records, or maybe not even play them to the end. He would just stop them at a certain point… and then there’d be silence — but somehow that silence added to the music.

Absolutely. Some might even say the silence is a crucial component. Now, this weekend at the shrine you’re playing with a huge roster: Ben UFO, Madlib, Four Tet, Daphni. What can we expect from that show / will it reminisce Plastic People days?

I think so. We want it to be like a no-frill communal dance. There is this temptation to really bang out and play like obvious kind of banging music, and there will be some of that, but I also like the idea of treating the room as if it was you know, tuned to the capacity of Plastic People — and playing challenging music. And obviously, you’ve got Madlib- he’s the king of playing obscure, interesting music. But you know, we’ll all just be scratching our heads.

You’ve mentioned you tend to stay away from club drugs, especially on account that you already feel so connected musically — can you talk a little bit about that?

I don’t do any drugs. I don’t like the idea them – of that kind of control over my faculties. It’s a little bit sad I think, but some people actually do it in order to feel connected to the music, to have a sense of greater elevation which perhaps is fine, I don’t judge them. I think it’s fine for people to do whatever they want. I’m not being really annoying. [laughs]. That was kind of critical.

No, not at all. With regards to Elaenia, which released last November, you’ve talked a lot about space and dimension, referencing Talk Talk as major influences. It seems like there’s a great deal of care applied to dimensions and layering. How much precision is there in creating and building those elements?

Definitely. I think one of the most interesting things with recorded music is playing with space. And that’s an amazing luxury afforded when you’re making music. The idea of creating architectural space just with two little ear-bud headphones — you could be in a massive room or a tiny, tiny, little box. Having multi-dimension space just through sound is a very interesting thing to play with.

For me, I do feel like I’m controlling it, a lot. And I do try and control it. When I’m mixing a record, I’ll set it up so I have all the elements at my fingertips but when I actually do the final mixdown, I always always do it live. I’ll ultimately have my fingers on faders. So yeah, there is lots of control but there is also just the moment, you know.

There’s certainly a living element to kind of dimension space that you’ve created.

There’s one record I did called “Nectarines” … I got vocal samples of my friend Rahel singing and it pops out crazy loud in the mix — it just sort of happens once. And I think maybe it wasn’t supposed to be that loud, but the rest of the mix was great so I kind of just stuck with it. That’s like one moment where it probably shouldn’t have been that loud, but it sort of captures a living thing.

Exactly. In being so concentrated in your life, the collector of thousands of records, a touring musician, do you ever feel like they are things you’ve had to sacrifice?

I guess in the moment, I mean … I’m not actively practicing science, which is a bit sad. I get a lot out of being in a lab. I do miss it, but I’m focusing on this at the moment, I guess. I just don’t want to do anything in sort of half-measures. I just want to concentrate on one thing.

I guess consciously, yeah, I’m leaving that behind. My girlfriend always chastises me for not reading enough, and I mean, she’s right — I haven’t spent as much time reading James Joyce as I do manuals for synthesizers.

I’m pretty sure James Joyce stole the idea for Ulysses from the manual for a synthesizer. I think you’re fine. And in the spirit of making spur-of-the-moment musical decisions, we would love for you to compile a 5 track mix for the month of May.