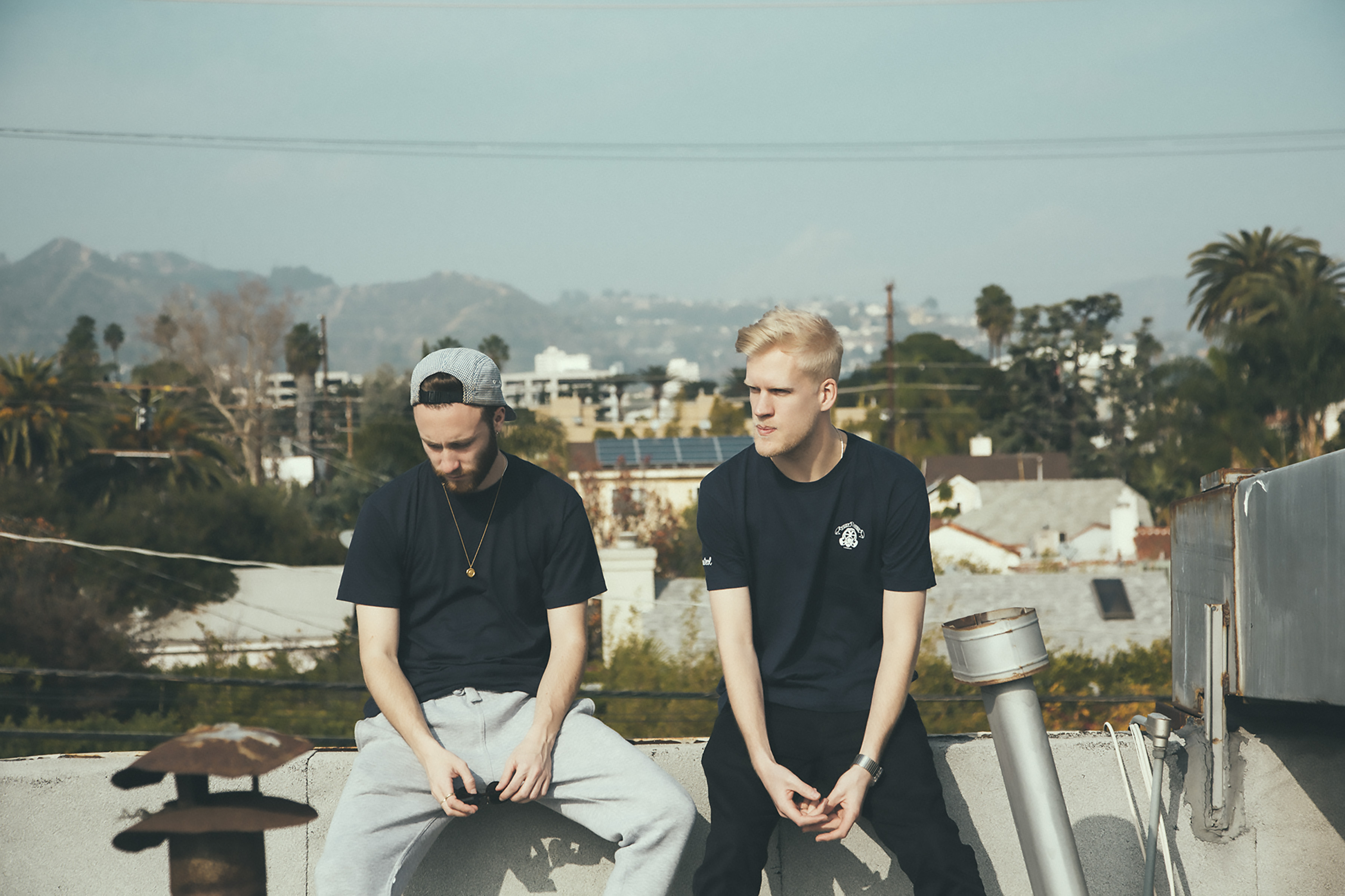 Snakehips is a London based producer duo specializing in a special blend of r&b, rap, and electronic music. Though originally both from the UK, the duo met over drinks by chance in Hong Kong. Since then they’ve gone on to make tracks that have defined Majestic Casual and Hypemachine, as well as topped charts within the UK. I briefly talked to band member Oliver Lee about their new music, and their upcoming Coachella performance.

Steven: I was reading and I saw that both you and James met at a bar in Hong Kong. How in the world did that lead to you working together in London? Can you explain a little bit on that?

Olly: I don’t know man, we met kind of randomly, and we were just into the same sort of things. We got home and we both just kind of spoke to each other. I guess I just kind of ended up sending him a bunch of things and I guess it just worked really good. I think I’d always needed help cleaning up my productions and stuff. James has always been technical with doing that kind of stuff. We kind of just had the skills that the other person needed to do their shit well. So it just worked out real good man, I don’t know. It was cool.

Steven: I heard you guys actually met over sake, can you tell me a bit more on that?

Olly: [Laughs] Yeah!! Yeah, we were just out drinking man it was a bit of a random meeting, but you know, we got to talking music and stuff and kinda got to work on that [laughs once more].

It’s kind of up to us and people like us to be putting music out at the same time for the sites to become what they were in the first place, you know?

Steven: I’ve been listening to you guys for a good three or four years now, and I remember vividly finding your music on Majestic Casual. Can you tell me a bit about how you think Majestic Casual and sites like Hypemachine have not only affected the way you make music, but how it has also effected your career?

Olly: Yeah it’s weird man! I was talking to someone about this the other day, about majestic, and when I first started putting out songs on there, they were getting no views. It all just kind of happened at the same time. I dunno, it was always cool get a little bit of extra exposure, but I feel like we really had one of the first tunes that to blow up on one of those sites. It’s kind of up to us and people like us to be putting music out at the same time for the sites to become what they were in the first place, you know? Hypemachine definitely helped us out a lot. I remember some of the remixes getting loads and loads of hits early on. It kind of all happened at the same time, quite organically. So yeah, I don’t know. It’s definitely been helpful.

Steven: In reading a little bit about “All My Friends” and from listening to the song as well it’s pretty apparent that the song is about the mediocrity of most club experiences. How do you feel about the irony of that song getting plays in clubs? Have you heard it yourself in a club so far?

Olly: Yeah man, I don’t know it’s kind of weird isn’t it? [Laughs] Like people going out and singing a song about having a bad night. It’s strange. I haven’t actually heard it, apart from when I’ve played it. I haven’t experienced the weirdness of that, but that’s a funny situation there [laughs].

Steven: Tell me a bit more about your label Hoffman West. I see you’re the only artist on your roster. Are you looking at adding more artists in the future? Or is it just for you right now?

Olly: We kind of just set it up that way to have our own way of putting out our records early on. So I dunno, I think we will do so someday. We will kind of bring some more people into it, but initially it was our way of putting out our own stuff, on our own label, and having control of everything that was going on. That was kind of the idea behind it.

Steven: You just dropped the track “Money on Me” with Anderson Paak. Can tell me a little bit on your creative process on that? Did you make the beat and then I say I need Anderson Paak on this? Or was it something where he reached out to you?

Olly: No we did it all in a session together in LA, which was back in October I think. We just had a week out there in the studio while we were in the middle of our tour. I can’t remember how we set out initially, we heard loads of his stuff with knxldg and thought he was sick, so we just kinda organized it and produced that track just one evening last October, all in just a few hours. So it was cool man. It worked out real nice. It was a really cool experience, he’s a cool dude.

Steven: You and Anderson Paak have really blown up this year. How has it been for you to go from doing a few small tours with Majestic Casual to being one of the higher up artists on the Coachella lineup?

Olly: Yeah man, I don’t it’s crazy man… It’s been… yeah. It’s great we get to play such cool shows now and get to work with so many people that we’ve been fans of. It’s been a crazy few months but in a good way [laughs].

Steven: When would you say it take hold of you how big of a track “All My Friends” was, and how did that impact you?

Olly: I don’t know mate, we never really had anything popular in our country really, in the UK, that had gotten into the charts and played on the radio. We had always felt like our stuff had been listened to more in America or Australia, or different places. Having a top five record in the UK had us like “wow man.” We really didn’t ever expect that to happen. So yeah, its crazy man, how well it’s picked up.

Steven:  So tell me, who are you most excited to see at Coachella?

Olly: Man, I don’t even know if I am gonna get to see anyone. We’re only there on the Friday both weekends. There are so many cool people playing. I feel like I’m going to miss everything. I’m trying not to look at the lineup though because it’s making me really upset that I’m gonna miss the party [laughs].

Steven: So are you playing a few other shows?

Olly: Yeah, we’ve got other shows on the Saturdays and Sundays. So we’re gonna try to catch as much stuff as possible while we’re there. But I don’t know what yet.

Steven: So is there anyone else we should be on the lookout for when we come to see you? Any special guest appearances to watch out for?

Olly: Yeah, we’ve got a couple of guests, but we don’t want to give it all away. It’ll be cool [laughs]!