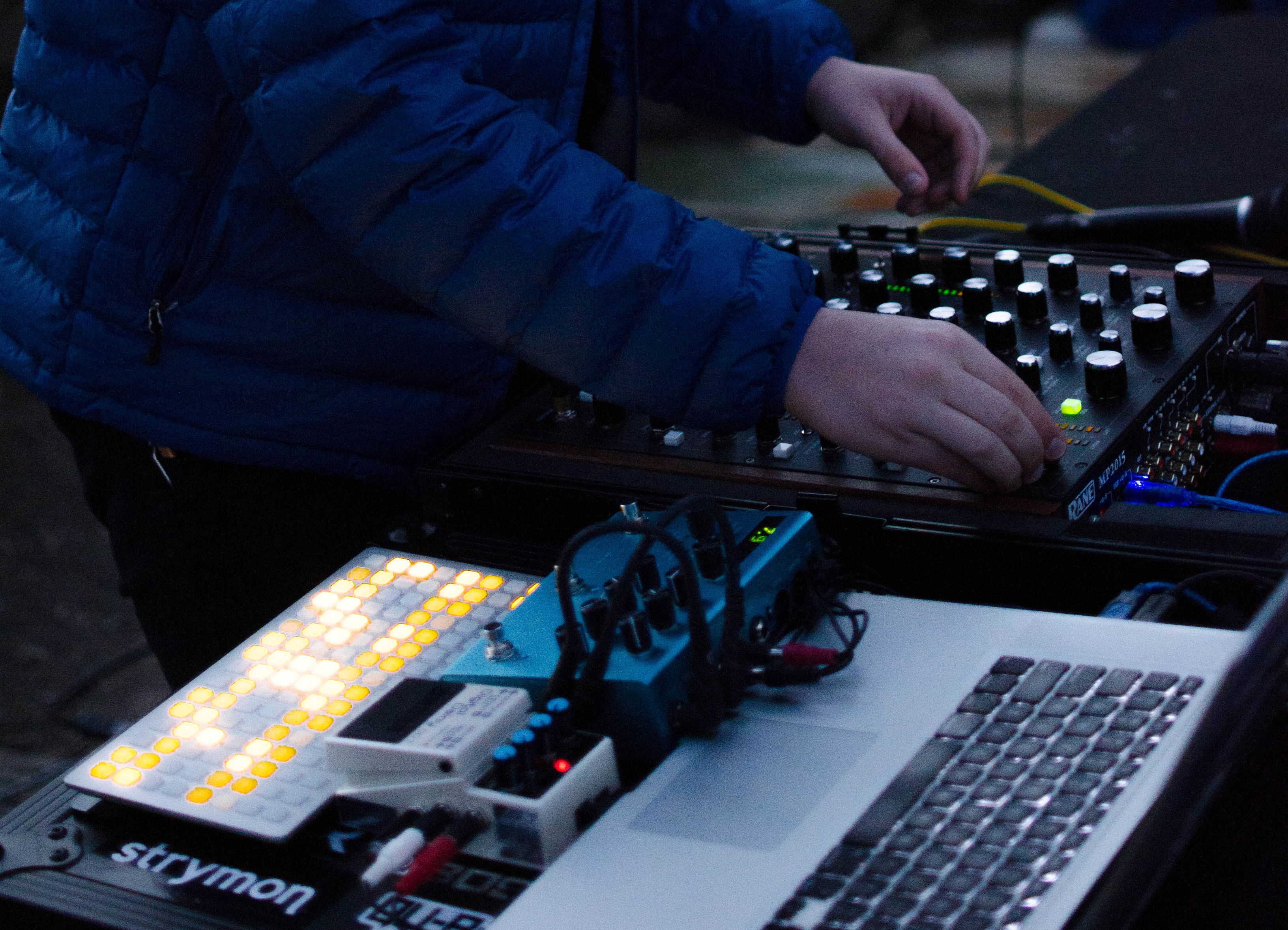 Being Burglarized with Nosaj Thing

Late one Friday evening in 2004, Ryan Rosario was leaving a lab in the Graphic Arts building on the Cal Poly campus when he heard strains of electronic music coming from the KCPR studio.

“This is exactly what I’ve been looking for,” he thought.

Inside, then-KCPR DJ Velanche Stewart was playing his electronic music show, “Urban Landscapes.” Rosario walked in and introduced himself.

“We had a great conversation during the rest of Velanche’s show, and he encouraged me to become a DJ,” said Rosario.

Soon after their first meeting, Stewart and Rosario decided to start a live-mixing show together. Stewart was a longtime fan of funk, soul and techno music; Rosario liked uptempo dance beats. Their new show was dedicated to mixing samples and beats to create a unique fusion of soul, techno and world sounds with a high-energy dance twist.

“I essentially learned everything about DJing live on air,” Rosario emphasized. “When we started, I didn’t know how to do anything at all.”

The show, eventually christened “Club 91,” was the first at KCPR exclusively dedicated to live-mixing on the FM airwaves.

“Since I was so new, my entire first year was pretty rough, and sometimes I would lose the beat,” Rosario recalled.

Stewart remembered Club 91’s beginning as a work in progress, “I also hadn’t been mixing for very long, so there we lots of times that we messed up on air together.”

There were many other so-called “live moments” on Club 91 when Rosario and Stewart first started the show. According to Rosario, a “middle-aged raver type” who called himself “The Hedonistic Mystic” was a regular listener from Grover Beach. He called the station every Saturday night during the show to heap praise on Rosario and Stewart’s mixes and talk shop about electronic music.

Rosario was flattered, but the Hedonistic Mystic couldn’t seem to understand that they were busy doing the show and couldn’t be talking on the phone.

“I told him almost every week for four years to call us after the show,” said Rosario. “Then we can have a real conversation, but he never really seemed to understand that. When we would hang up he would just call again.”

According to Rosario, listeners could frequently hear the phone ringing in the background on air.

“The Hedonistic Mystic was such a regular listener that he would notice if we repeated a mix from a previous show, and phone in and call us on it. By just knowing that someone actually listened to the stuff I put out, both Velanche and the Hedonistic Mystic really made me a better DJ.”

Club 91 also received fan mail from the California Men’s Colony adjacent to campus. KCPR has had many inmate fans over the years, but one particular prisoner would write to Rosario and Stewart specifically—and describe sneaking out into the halls of the prison and dancing to the Saturday night dance show on KCPR.

“Who knows if this actually happened or not, but either way the letters were very strange. But, in it’s own weird uncomfortable way, it was personal validation, and it was good to know people were actually listening,” Rosario said.

“It became more about building a community for DJs and electronic music, instead of just Velanche and I messing around in the station every Saturday night.”

According to him, Stewart’s music knowledge was expansive, nearly endless even.

“Velanche and I would talk about music, but mostly it would be him teaching me about music,” Rosario said. For years, Stewart wrote to record labels the world over, and had a huge stockpile of promos and samples from electronica pioneers all over Europe and the US.

Rosario emphasized that music wasn’t as easy to access as it is today, so having a friend with such an extensive record and CD collection was instrumental in discovering new music.

As the show gained a following, Stewart and Rosario began to receive letters from DJs around the Central Coast—both hobbyists and professional DJs who tuned in and liked their sound, and wanted to collaborate.

“Guest DJs changed the way I felt about the show,” Rosario said. “It became more about building a community for DJs and electronic music, instead of just Velanche and I messing around in the station every Saturday night. It made the show more diverse in sound, and it also made it more important.”

In the era before EDM hit the mainstream, Club 91 was the only outlet for electronic music on the whole Central Coast.

“DJs from Top 40 radio stations would hit us up and tell us that they appreciated the direction we were taking. I think because we were confident in being so different, in taking such a different direction from mainstream radio, it really attracted people to our show, said Rosario.”

Several months later, he was playing the Saturday late-night show in the studio, when a Cal Poly student named Marcus Rosario wandered into the station and introduced himself.

“Marcus and I met the same way I met Velanche,” Rosario said. “We had the same last name, we both loved electronic music, and so he asked if he could get involved. This kind of passing down of knowledge is what our generation of DJs is about. We had this genuine, organic shared interest for this specific type of music, and it brought us together. To me, this is what KCPR is.”

Twelve years later, Velanche Stewart and Ryan Rosario are both still DJs, and Club 91 is on every week from Wednesday through Saturday from 10 p.m. to midnight on KCPR San Luis Obispo 91.3 FM.