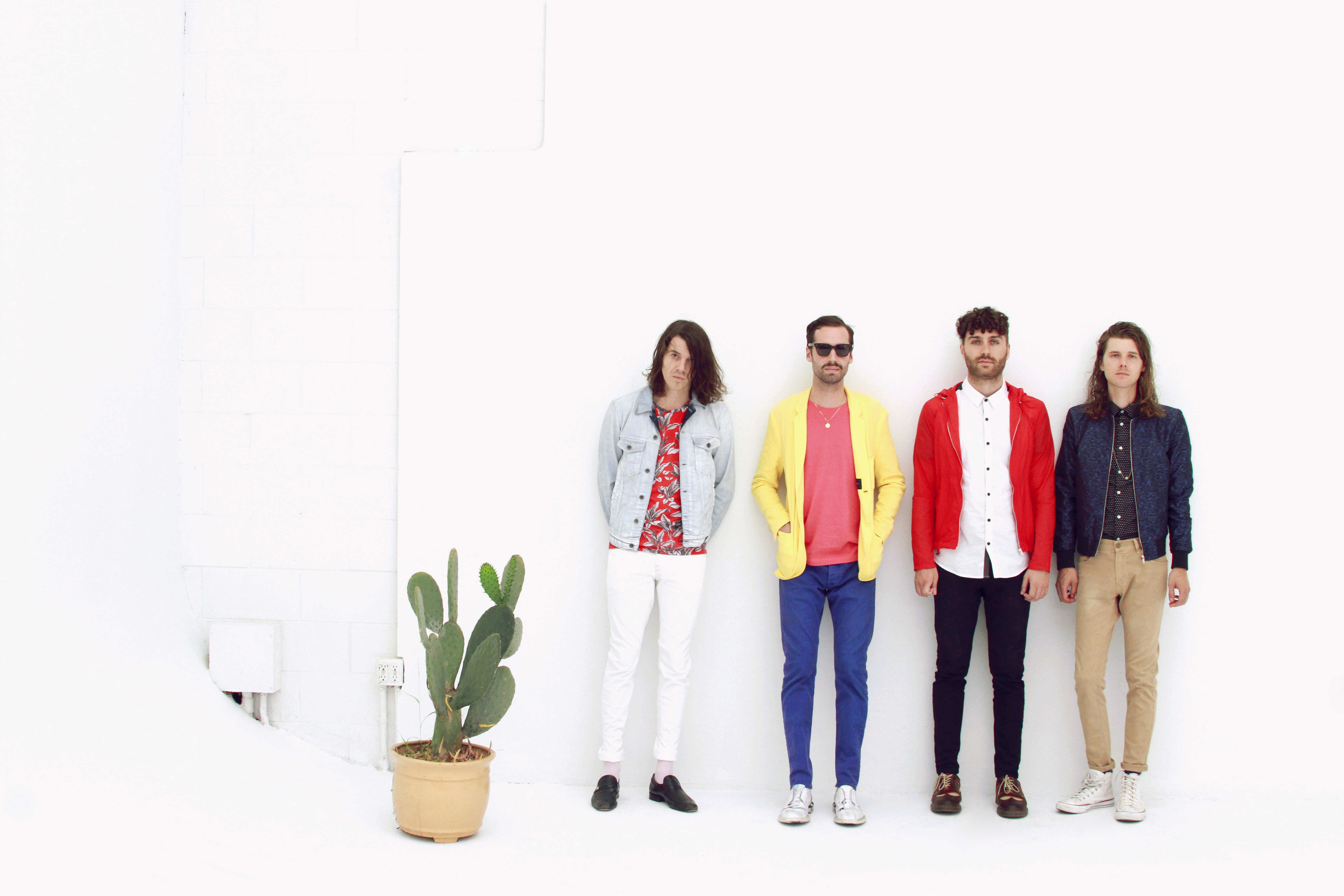 Miami Horror is an Australian synthpop group reminiscent of electropop from the ’80s. The group started as the solo DJ project of Ben Plant, the front man. It has been a year since their sophomore album “All Possible Futures,” which takes the listener on a more personal and intimate journey than their 2010 debut “Illumination,” while maintaining a strong grip on their summer sound. In anticipation of their performance at Coachella this year, we interviewed Ben about plants, their relocation to California, hot dogs, lyrical decisions, and more plants.

Tristan: We’re here with Ben Plant right now of Miami Horror, an indietronica band from Melbourne. So, you guys have been living in LA for a while now after starting in Melbourne, how are you liking LA compared to Melbourne?

Ben: We love it. We were supposed to stay for maybe one year, but the way of life was a lot more stress free. You can focus on music; you don’t have to worry about the other things that get in the way like weather and stuff like that and the people are really interesting and nice, so we’re here for a while.

Tristan: I want to ask if there’s any question more obnoxious than asking what your band name means?

Ben: No there isn’t, so that’s probably the most obnoxious question. I’m sure there’s more obnoxious, but that’s the most repetitive question we get.

Tristan: So uh, what does your band name mean?

Ben: It doesn’t mean anything, surprisingly.

Tristan: So did you just like how it sounded? Did you like how it fit the aesthetic or something?

Ben: Well, the way we came up with the name was, I had a lot of words – that I liked – and I put them in a row [laughs] and I chose two that I thought seemed quite contrasting and bold in the sense of the way they look as words and the visuals that they present as words.

Tristan: Cool, and I think that dichotomy shines through in your music too. I know a lot of people will characterize it as really summery and poppy, but I think you explore some darker things even in your music.

Ben: I mean, it’s not dark but, [there are] contrasting chord progressions and things.

Tristan: I know you were in film school for some time, was it your decision in the “Holidays” video to use the hot dogs on the man’s face as … what are those actually? What’s going on in that “Holidays” video?

Ben: It was just meant to be playful, there was going to be a whole other face, another mask. But the idea was that it was just meant to be this little awkward weird love story where the guy is a bit of a freak and it’s not so standard. I mean, there were a lot of videos going around at the time that were American road trip style stuff, so it was a play on that, rather than having some super hot guy it was supposed to have a freak character. Either way that wasn’t chosen by us that was chosen by the directors. We had a very similar idea so it worked well.

Tristan: So your newer album is nearly a year old now and I’ve actually got a question about the penultimate track, “Another Rise, Another Fall.” So you refer to “sitting in the lavender ‘room'” a few times. I’m a bit curious about this room, whether it’s painted- actually colored- lavender or is it lavender in some other sort of way as in some sort of evocation of a feeling or the scent?

Tristan: [sweats profusely] Oh, does it?

Ben: [laughs] Yeah. So maybe if you saw that online, I mean we have a lot of weird fans that try to make the lyrics out. Or did you see it in the insert of the album?

Tristan: No I didn’t see it in the insert that was just how I heard it.

Ben: I would hope not. [laughs]

Tristan: Sorry about that, it’s just how I’ve heard it.

Ben: The idea behind it was just metaphorical, very open to interpretation, you know, almost psychedelic in a way.

Ben: To confirm, it’s a live show. We’re going to play one or two remixes in that. So we’re trying to pull together a recent remix we did of “Sober” by Childish Gambino, well it’s kind of a cover. We’re going to give that a go I think [laughs] we’re going to try to give that a go. Otherwise it’s mostly album stuff and we do play also a cover of Todd Terje’s “Strandbar” in the set. It’s a lot of fun, yeah.

Tristan: So I’ve got one last one. I noticed that when you look up your name, “Benjamin Plant” on the internet, and you go to images, a picture of you is preceded by seven images of a ficus named the “Benjamin Ficus.”

Ben: That’s kind of a good idea, but I don’t know where I would find one. I’ve never actually heard of that in real life. It’s only the internet that’s let me know that there’s a plant called the Benjamin plant.

Tristan: I imagine you could take a picture with just any old ficus and say it’s a Benjamin ficus, I can’t imagine anybody would really call you out on that.

Tristan: Alright well thanks for talking with us here today Ben, really looking forward to you guys at Coachella. This is Ben Plant from Miami Horror again, thank you so much.

Ben: Thank you. See you around, bye.