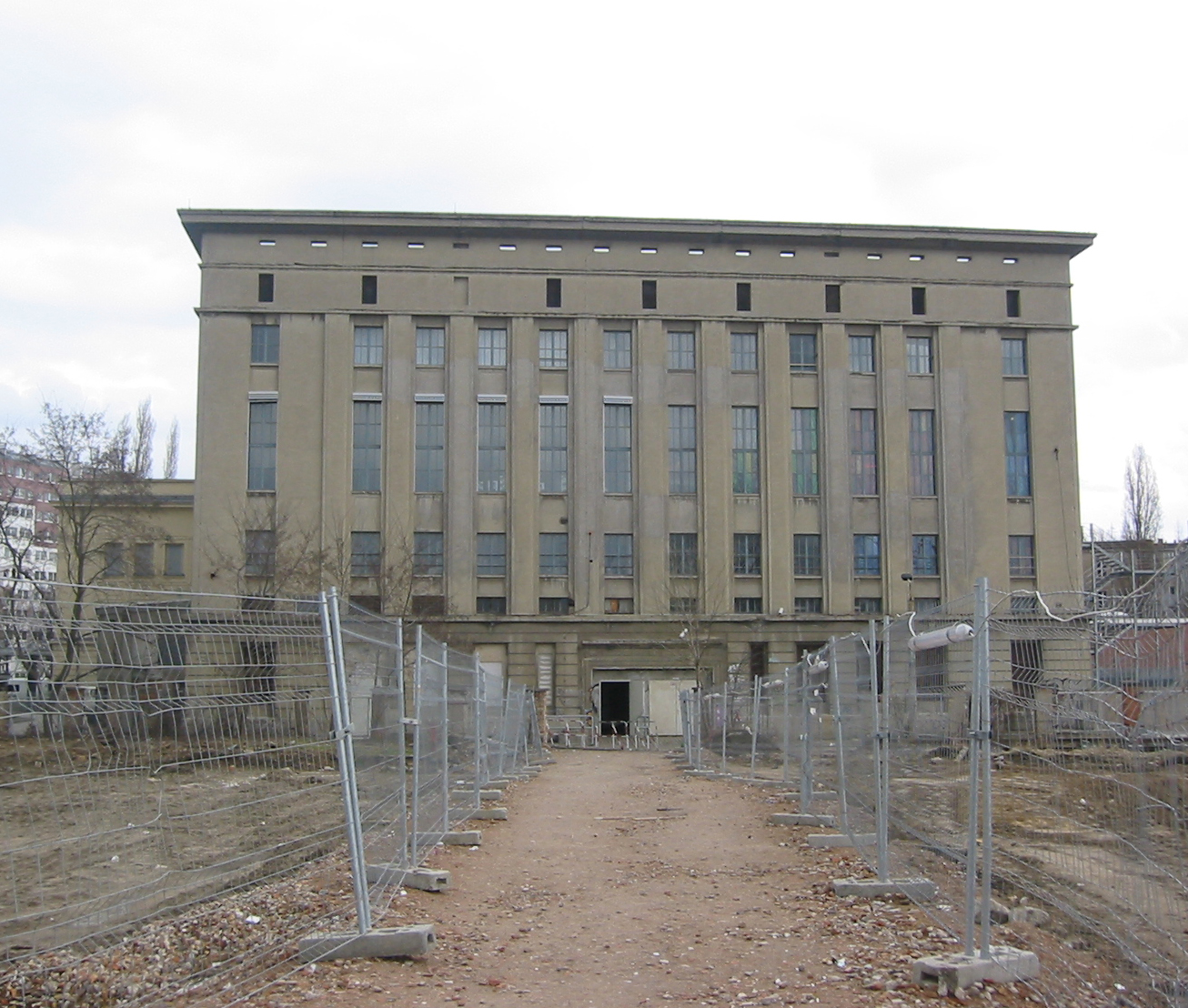 Live Music Next to Professional Snowboarders in Los Angeles: Welcome to Air + Style

In blood-red lipstick, the brutalist cement wall read: “’Anybody can be cynical… Dare to be an optimist’ -Hank Moody S6 Ep. 8.”

The real quote from the show “Californication” was said by the Faith, not Hank, but that’s beside the point. Out of all the strangely endearing misquotes I saw all over Europe, this was the one that stuck with me. I read it as I walked out of my favorite place for the final time: one of the many starkly lit halls of Berlin’s twisted mecca, Berghain.

Located on the border that once divided East and West Berlin, this bass-filled organism endlessly vibrates with cutting-edge techno and house pounding through cutting-edge speaker systems. It is widely known as one of the world’s best nightclubs, with its notorious patrons dancing in synchronized entropy, away from any sense of time or reality. But Berghain is in fact much more than that. Defining Berghain is, like any other enigma, sort of impossible. Most people are rejected at the door. Phone cameras are taped over before entry; documentation is impossible.

You literally have to be there. With four and a half months to spend in Berlin, I had to uncover the mystery.

It was 1:30 a.m. on an unusually warm Saturday night in August. I was in a six-hour queue, wrapped around an entire block. I couldn’t even see the door as I nervously joined the grotesque line.

It was a party in and of itself. Around 30 taxis lined up by the line, ready to take the rejected elsewhere. Multiple minibars opened by the line, ready to calm your nerves with a cold Beck’s. Tourists looked for any conversation they could for tips on getting in. Maybe they just wanted peace of mind from the fact they were potentially waiting six hours for nothing.

Most people followed the Internet’s tips line by line: wear all black, don’t care. There were some of the most forced faces of indifference I’ve ever seen. The tips say you’re not allowed to be loud or act excited. My mind was racing. Is anything worth waiting six hours for? I didn’t think so, but I still stood there, for some reason, waiting with my Italian friend from my German language course and a random congregation of people we had met in the line.

Regulars continuously cut the line and made the wait more eternal. By the time I was near the door, it was after dawn. I was a sleep-deprived zombie when I faced the gates of heaven. I never thought the decider of my fate would be a tall, spectacled German man standing in front of a refurbished abandoned power plant in the middle of Berlin. At 6:30 a.m., the three hip French Lesbians whom I befriended during the wait were let in with a smile. I was up next. With my heart pounding and eyes unable to make eye contact, I was asked: “Just you two?”

After I nodded, the spectacled man responded with a quiet “Sorry, not tonight.”

I felt euphoric. My Italian friend was fuming, on the verge of tears. With no words, I took the walk of shame to the S-Bahn, ate a Döner kebob, got to my Prenzlauer Berg apartment at 7:30 a.m. and laid motionless, staring at the ceiling, pondering the rejection.

I couldn’t help but smile. Would it still be heaven if St. Peter let everyone in? My faith was tested that week, but I dared to be an optimist.

I came back the next week, alone. Just an American dude in a black Adidas tee surrounded by Berlin’s clubbing elite. The same man looked me in the eyes and asked in German, “Are you alone?”

Sounding as German as I possibly could, I let out a casual “ja” and was waived in with a smile. I was so surprised and my heart was still pounding so hard that I walked in through the wrong door when I got inside. After being kindly redirected, I was patted down, my phone was taped, and I paid my 15-Euro entrance.

This night, along with the next five times I went, were some of the best of my life.

What you can expect to hear blaring from the industry standard Funktion One system.

The first thing you see inside is a massive marble statue of a naked man standing under the stairs that will take you to the main floor, also called Berghain. The space is defined with über-high ceilings and pounding Industrial Techno mixed with jaw-dropping electronic experimentation, or you can head up the stairs to Panorama Bar, where you’ll find top-notch House and a wide variety of expertly curated dance music. Both are fitted with the legendary Funktion-One loud-speaker system, able to vibrate your entire body with volume while still releasing clean and crisp sound.

DJ Hell was playing upstairs when I first walked in and people rushed to Panorama Bar to hear the label boss of International DeeJay Gigolo Records, arguably Germany’s most successful electronic label. Not a single person wasn’t dancing. Not a single person had a phone out. Never were so many people so present. People as young as 18 to people who could have been my grandfather all danced in unity, and it was beautiful. The club is a cohesive work of art, and the doormen pick people in a way that complements this.

The bathrooms are genderless, mirrorless, and each stall is designed to fit six people. These stalls are a safe space for exchanging sex, drugs, and manic conversation. The floor is usually riddled with used condoms, used drug baggies, full drug baggies, and occasionally large Euro bills. I found around 30 euros every night, just from looking around for bills carelessly dropped around the club.

A lot gets left behind in Berghain.

Dark rooms snake throughout the club, designed to fulfill the darkest sexual fantasies imaginable. You can’t see anything inside without a flashlight, but the smells and sounds were enough. There’s enough room for probably hundreds of people to engage in raunchy activities at any given time. People can indulge without the rest of the club even batting an eye. It’s amazing how free people are when they aren’t wielding their iPhones, snapping through the night.

Over my six trips to the club I saw the best DJ performances I have ever experienced, and maybe ever will. Four Tet killed it with his progressive vibe and amazing crowd control. London-based Floating Points played a set for five dream-like hours, something I didn’t even think was possible. Adam Beyer and the Drumcode label filled the crowd with pounding Swedish techno. (He is playing at Coachella.) The club’s label, Ostgut Ton, provided the most memories, with a lineup consisting of some of the most respected names in techno. Each performance from the label DJ’s, such as Nick Hoeppner and Marcel Dettmann, managed to simultaneously amaze and surprise me.

Over my time clubbing in Berghain, I experienced more interesting characters than I had in my previous 20 years put together. I met a cancer patient who skipped chemo and decided to spend his final months clubbing, lawyers from London looking to remove stress, a Korean medical student who went to his medical exam after spending the entire night on an MDMA-Ketamine-Speed Cocktail, a pudgy middle-aged drag queen wearing a rice hat being followed by a posse of five younger girls everywhere she went. The list is endless.

Enjoying music is an art on the same wavelength as music itself. Everyone experiences music in their own unique way. Having an atmosphere where everyone can enjoy music in the way that they please, with no regard to the outside world, was something very special. The world can learn from places like Berghain. It’s not just about substances, music, or sex. It’s about human expression. Put the phone away and let the music speak to you.

Shut up and dance.