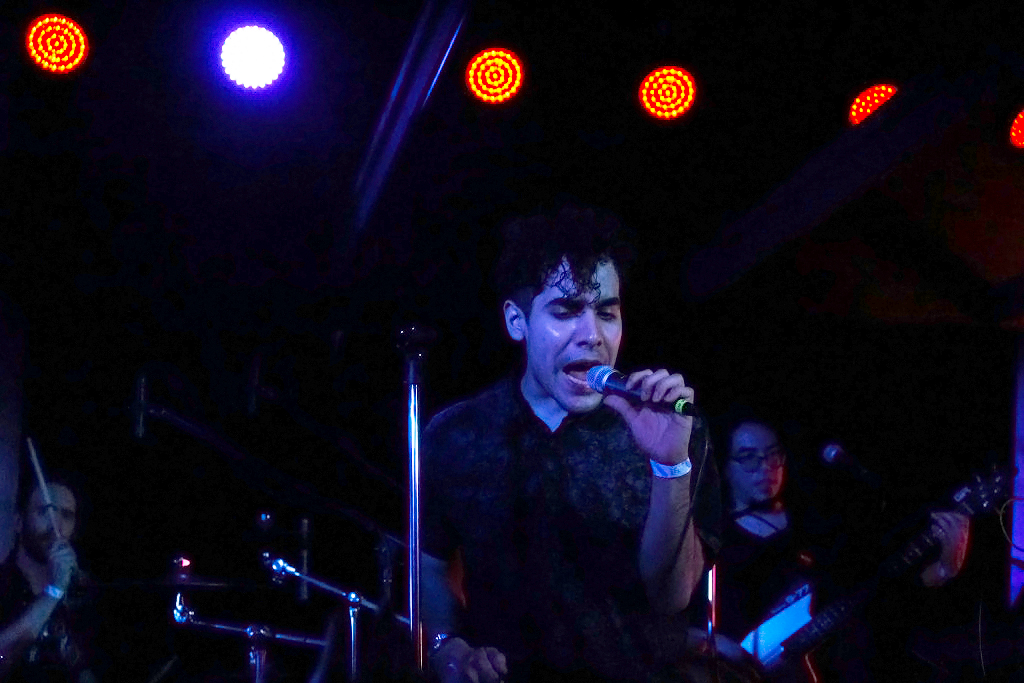 VEGA INTL. Night School, a euphemistic title for a brothel training camp in Amsterdam, or the title of an album created by the godfather of the chill wave movement? As much as I’d like to discuss the former, were it to be true, the latter would be somewhat more relevant to the experience I had last week in a boiler room-type venue, the SoHo, in Santa Barbara, California. Or would it? Well, given the red stage lights and the sexual energy displaced onto the audience by the godfather himself, Neon Indian’s Alan Palomo, I guess you could say it wasn’t far off from feeling like that particular district in The Netherlands.

Shockingly, the highlight of this performance by Palomo’s band, Neon Indian, wasn’t the apparent voluptuous atmosphere, but rather how the band strayed away from the usual confines of the so-called chillwave genre. 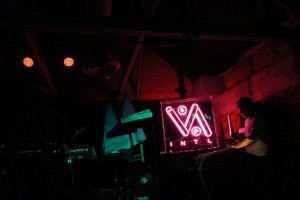 Combining elements of psychedelia, disco, and electronica, Palomo’s glow-in-the-dark Indians dazed half of the crowd into a trance-like coma, simultaneously pushing the other half into something reminiscent of the ’80s San Francisco underground club scene. These polarizing reactions, induced by the band’s versatile and cross-genre sounds, could seem off-putting on the surface. However, in the actuality of the moment, the result was an ethereal union of the crowd that the likes of Congress would never be able to rectify.

Wait, how did this turn into an anti-establishment political column? Well, without the intention of giving off an elitist connotation, the show experience for me, personally, was more of a subtle catharsis for the frustration with our current fractured and perverted sociopolitical system. Perhaps I took more out of the concert than I really should have, but Neon Indian undoubtedly did provide an aggressively trippy, yet introspective dance-punk feel for us disgruntled Millennials to groove to and, at the same time, get lost in. The way you chose to get “lost,” however, was entirely up to you, and that’s what made the band universally admired by the diversely-affected audience.

The rampant use of psychedelic drugs alongside unconventional rock music aided youth in escaping the treacheries of the ‘60s and ‘70s, and Palomo’s crew found a way to recreate those vexing, yet euphoric-seeking emotions in the complex oscillation of their synthesizers. In a symbolic, but possibly corny sense, the masters of chillwave could have been subliminally educating Generation Y that drugs are not the only resource to sedate us from the impeding cynicism of the 21st century. 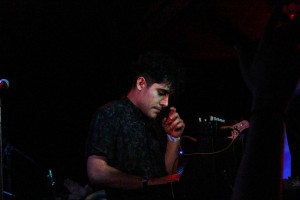 While the band members might not have been explicitly advocating against recreational drug usage, despite their innocently crafted edge, they could have been hinting that the immensely evolving world of music technology (i.e., their twenty different Roland and Moog synthesizers) could suffice in replicating that much desired euphoria—or in this case, distracting us from Palomo’s awkward, yet oddly sensual dance moves.

Not surprisingly, the anticipation of such an elevated, anti-reality state from the band’s numerous layers of immersive sound did come true for most of us, with or without the psychoactive presence of a commonly used amphetamine.

Given that VEGA is the title of Palomo’s former solo project, perhaps the VEGA INTL. Night School tour is supposed to be a mutual learning process for both of us: the instructive artist–and his fans. In this particular night school class Palomo, along with his band mates, had the chance to reinvent themselves in our presence, while showing us the gratifying reward of defying labels that become attached to you, or in this case, genres.