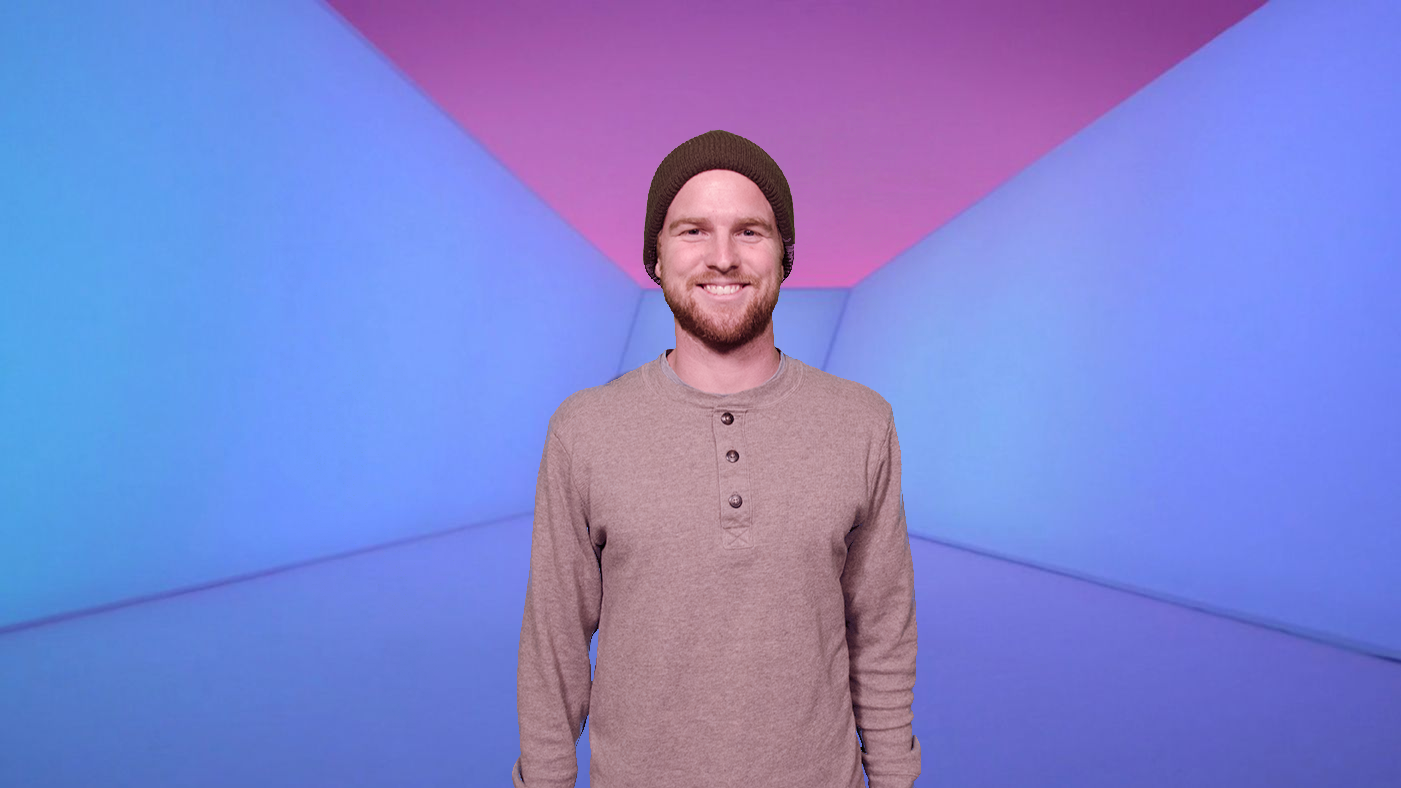 When Drake dropped “Hotline Bling” it was like the Internet had a substitute teacher. It was chaos—even that one kid who was real sensitive and sat in the back and left snacks for mice and stuff was just getting off, spitball-wise. My Facebook feed was just blocks of “Hotline Bling” parodies. And I watched them, snickered blankly, scrolled down, and was implacably irked by it all. Still am. Now, granted, “Hotline Bling” is getting to be old cultural hat, but I think we’ve basically metabolized the whole thing enough to take a look at just what it was that happened here, and where similar things might be happening in other cultural spheres. I think that the public’s reaction to “Hotline Bling” sheds a lot of light on how it is we today perceive art, social convention, and perhaps our place in relation to the both.

Critically, “Hotline Bling” was like an Rorschach test: either you saw Drake gyrating around in this intergalactic cubby as the subject of some highly self-conscious like anti-music video, or you saw Drake the loveable goofball just being his loveable, goofball self. To elaborate on the former, basically a beach ball for contemporary music critics, Drake was releasing his new single into a cultural climate in which Drake was indeed seen as a hip-hop superstar, but also—and very prominently—as the target of a wide spectrum of Internet mockery; a signifier of unchecked sensitivity, meekness, and awkwardness; a meme. Now if this interpretation of the video had held up, critics call it things like “sophisticated” and “savvy”; his releasing “Hotline Bling” would’ve been not only an act of addressing and aestheticizing the fact that his public image was vaguely substitute teacher-ish—it would’ve been an act of engaging the very audience that was mocking him, inviting a sort of punch while beating them all to it. In other words, Drake would’ve been in on the joke, which is huge right now1. Whatever the case, we’re not interested in what Drake intended.

What happened was that critics got good and riled up about Drake being sorta meta, and it only took Drake in turn getting all defensive and pouty about his dancing for these theories of a snarky, self-aware “Hotline Bling” to fold into the drooling critical exhibitionisms they always were. Drake spoiled the fun, in other words—a timeless tradition in pop-culture history—by drinking his own Kool-Aid, and thus by proxy the Kool-Aid of the cultural and economic system that deified Drake in the first place. Man, it was all so irreverent for a second there.

But you know who didn’t care about any of this? Like everyone. By this time, “Hotline Bling” had long run its course as any sort of run-of-the-mill pop single, and was now the foundation of a whole freakin’ Babylon of GIFs and pictures that turned the release itself on Drake. You could go online and see anyone from Mr. Bean to Bernie Sanders gyrating against that neon; you could see Drake playing Wii Tennis, making a pizza, and wielding a lightsaber. And I’m only scratching the surface in terms of the sheer indiscriminate mass of takeoffs here. Even the little sensitive mice kid—it was all so irreverent.

And the Internet was gonna do this regardless. Whatever Drake meant by making the video, the Internet was going to throttle him, of course, because of his status as a meme. What the story of “Hotline Bling” reaffirms is that we’re at least semi-conscious of the tendency we have to believe that celebrities (and artists and their work, for that matter), once in a kind of circulation, are the public’s to bend, mold, re-shape and stick where and how it wants to. But all this seems generally incongruous with the standard pop-culture magazine trope of the Shucks They’re Just Like Us! spread, in which we can gawk at the Drakes of the world doing such things as pumping gas and walking dogs and ingesting food. That is, when it can be somewhat difficult to project myself onto someone having a number one hit on the Billboard 100, it can be astonishingly easier to project myself onto someone engaging in activity basic to modern-day survival.

So we’re in this weird matrix of self-projection in which we want the celebrity to be constantly humiliated and demystified, and yet we want them to be special and exonerated from boring ol’ daily life, and we keep actively (or passively—it doesn’t matter) participating in this weird shadowy thing that makes celebrities celebrities in the first place, despite our knowledge that the entire thing only holds water if (and, consequently, because) we buy into it. So we listen to and watch “Hotline Bling”, but we throw another dude’s face on it so we can get a rise outta what a class-A goon Drake is.

And as a very direct result of these reactions, the ur-“Hotline Bling” video—the earnest original—has become more a sum of and reference to the parodies it’s inspired than a pop single, and we can watch it with that detached irony that everyone was harping on like twenty years ago. That is, we can watch it without buying into it, because we know something Drake doesn’t; we can laugh at Drake’s goofiness and the memes we read into it and the fact that we’re actually watching “That Hotline Bling Video”. Here’s the thing, though: Drake—not to mention the shadowy thing that makes celebrities celebrities in the first place—isn’t interested in what we intend. At the time of writing, this video has upwards of three hundred million views on YouTube; I can laugh all I want, and Drake—arm in arm with YouTube and Vevo—is laughing himself down to the bank, which I’m sure you can see in the next issue of People Magazine, which I’m now finding to be just perfectly named. In the end, I don’t have to believe in this, and certain parties involved may find it better I don’t.

The kicker here is that it indeed would’ve been totally reasonable and realistic and savvy by contemporary artistic standards for Drake to release that fabled ironic “Hotline Bling”—after all, that’s what so many people we assume know what they’re talking about assumed it was. We were very ready to get behind the idea that Drake was parodying how it is he’s perceived in order to be perceived as smart and hip and in on it, because that’s just what happens today. And so the reason I guess I can’t just write off “Hotline Bling” and the reaction it garnered as small potatoes, call me naïve or old-fashioned or whatever, is because I still think that either people learn from art, or that art and response to it serves to catalogue what’s already in the cultural ether. I think what’s been irking me is self-caricature, which will always be reductive, and which I’m beginning to think will always be popular. Its attractiveness, I think, lies in its hinting at the existence of a self that hasn’t yet been touched by what it’s poking fun at. It’s an excuse for me to do and say things I don’t necessarily believe, while reinforcing my disbelief. But look at punk; look at The Daily Show; doesn’t the ironist just stammer and stomp his foot against the very platform he stands on? Doesn’t the parodist, in a way, solidify the eminence of what it is she parodies?

I think the “Hotline Bling” phenomenon exemplifies this ongoing psychic and cultural roshambo between two equally American urges: that of defining and that of resisting and challenging definition. Irony’s a vain attempt at having cake and eating it, too. But then again I’ll be the first to defend my caginess and my sarcasm as marks of wisdom, and so you have my permission to laugh me outta the building when I say something like how at the crux of all this self-consciousness and Twenty-First Century self-projection is that we do still long for a unity or at least a sincerity, but one we’ve been poised for the past however long to reject as bull or just plain outmoded; or like how I guess more than anything I want to tell you to just be yourself, and that that’ll somehow be enough, and that maybe it has to be. Man, even I want to roll my eyes.