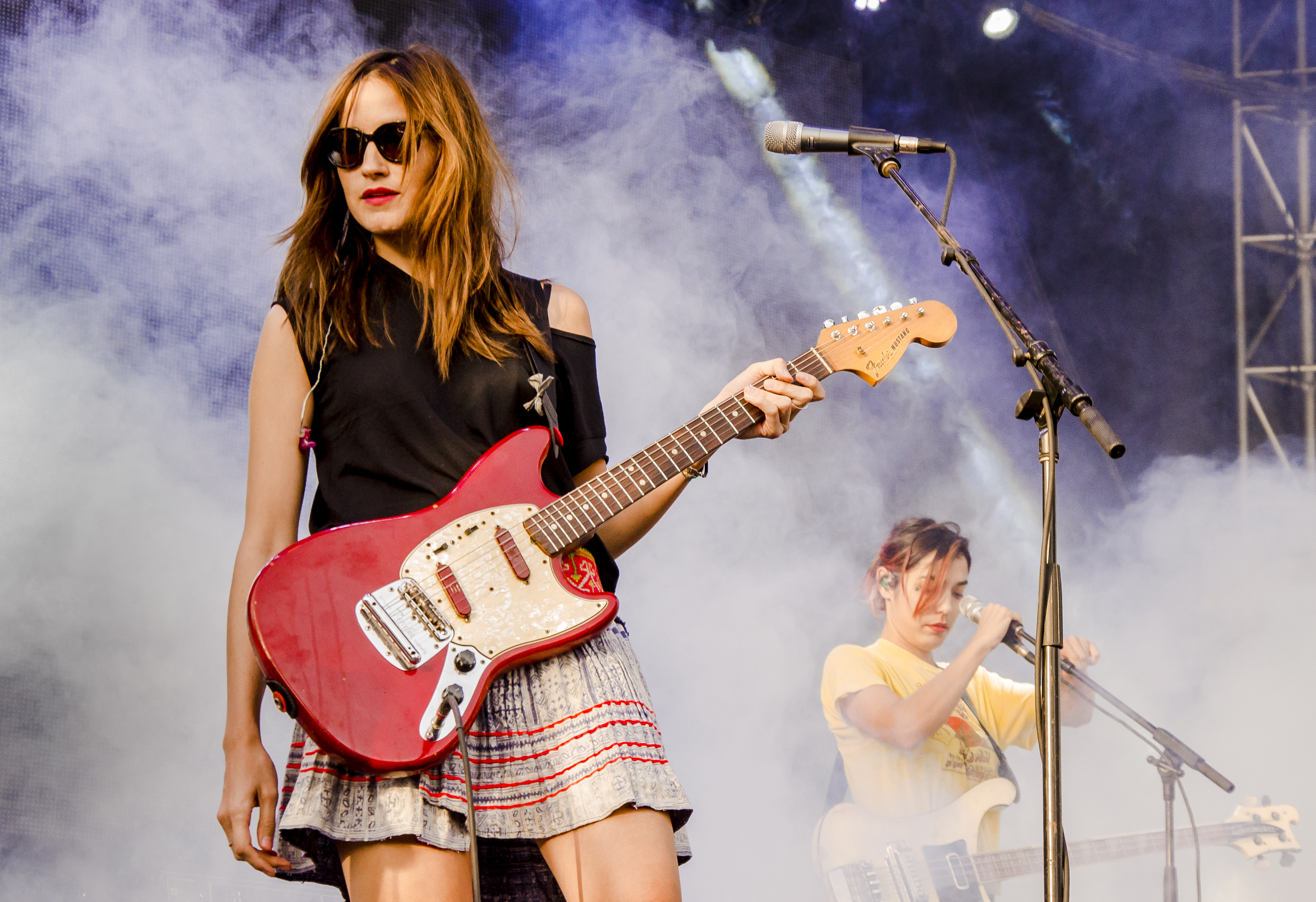 It’s been a little over a month since I went to Beach Goth 4, a two-day music festival where all of Orange County’s music enthusiasts crawl out of the woodwork and head over to The Observatory for a weekend of fun. This festival is unlike any other – from the weed and pill-shaped piñatas hanging from the trees to the festival-goers dressed in costume – it’s a sensory overload from beginning to end. Although this wasn’t my first time attending Beach Goth, it definitely was the craziest.

Here are seven things that have still stuck with me almost a month later, whether via trauma, pleasure, or a little of both:

1. No Parents and the mid-afternoon mosh

No Parents, an LA punk band, performed in full-blown KISS face paint, black jumpsuits and bloody clown masks. I’ll never forget the lead vocalist, Zoe Reighn, scream a request to the audience: “I want to see you mosh super hard man.” And boy did they. Even though it was 2 p.m. on a Saturday and the SoCal heat was absolutely not letting up, neither was the crowd.

Think struggling actors, cheap costumes and the original movie projected behind them on an extremely small stage, in an extremely small room. The walls were wet with sweat; some may have even called it a beautiful disaster of sorts. Both awful, and awesome.

Dare I say it, I’m not a huge Riff Raff fan. However, I have this theory that behind “Riff Raff” is a quiet, sensitive man using an ironic persona to make millions. Accurate? Probably not. Did seeing him perform this song live make me feel things? Obviously.

4.DIIV not knowing what to say

DIIV, a beachy pop rock band from New York, stuck out to me for two reasons. One, their bassist looked like a Simpsons character. Two, in the most charming way possible, they didn’t know what the hell they were doing. Their lead singer introduced new material by saying, “This is a new song called…actually, I don’t know what it’s called yet. Fuck that.” I’m not sure if it was the right amount of apathy or cluelessness (or a mixture of both). Either way, after that performance, DIIV holds a special place in my heart after that performance.

A press pass gives you access to the “photo pit” near the front of the stage, however, you only have access to that area for 2-3 songs per set. After that, they move you towards an area that leads you back into the crowd. But what happens if you don’t listen to “the man in charge?” More importantly, what if the “man in charge” was a minimum wage security guard that frankly, just didn’t care? You do what any defiant young adult would do – you veer left when everyone else is going right.

The left path leads you to backstage. And another “man in charge” asks you why you’re back there. You talk with your best,  “How dare you speak to me that way, do you know who I am?” tone and he lets you stay. Because who knows, you may or may not be someone performing – all dirty hipsters look the same to him.

After swerving past a few more security guards, we found the holy grail – free food, free beer, and free photo booth. While our photographer went straight for the free food, I sat near a corner on the AstroTurf to people watch. That’s when I saw them. In fact, I made solid two-and-a-half-second eye contact with them – the members of FIDLAR, four very normal looking twenty-somethings from LA that made my heart flutter. If love, at first sight, were a real thing, it happened between me and those four boys.

I’m still waiting for my Craigslist missed connection ad, but I know it’ll show up someday.

7. Die Antwoord and their orange sweatsuits

First thing’s first, Die Antwoord is otherworldly, so seeing them live is an experience in and of itself. However, seeing them at Beach Goth in particular really added to it. For those of you who don’t know them, they’re a rap-rave duo from South Africa. They look weird, they sound weird, and their most popular songs include “Happy Go Sucky Fucky” and “Babies on Fire.” Their music is meant to incite the absolute wildest, darkest fantasies your mind can conjure, so when you mix that and the crowd at Beach Goth, all hell breaks loose.

Have you ever been to a show and stopped to look at everyone dancing? In my own personal experience, there’s always a nice balance between drugged out flailing of various body parts, and lightly swaying to the beat. At this show, there was no light swaying, only drugged out flailing. And that’s what made Die Antwoord, in their neon orange sweatsuit glory, the perfect ending to my Beach Goth 4.