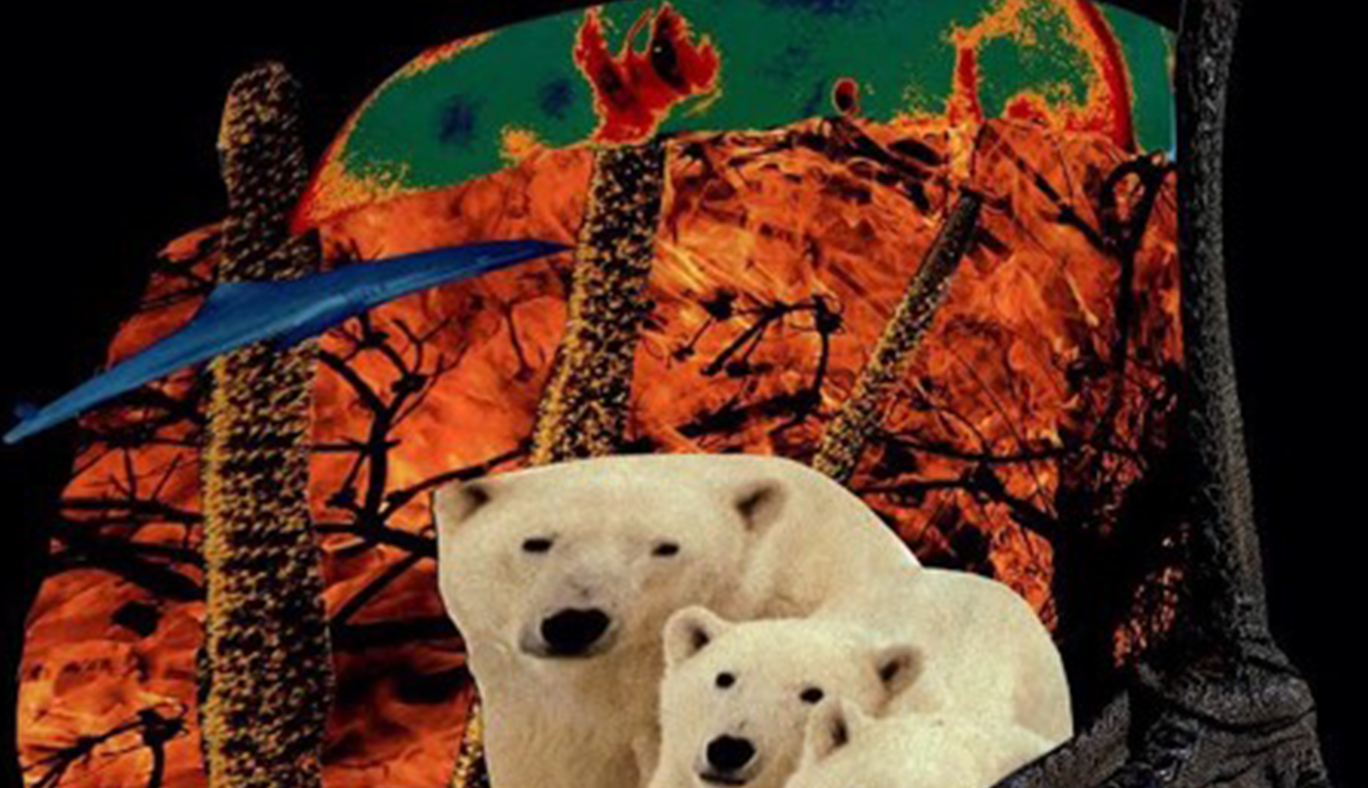 “Welcome to the new world, the world of ecological future. High technological artificial intelligence had to exterminate humanity to save nature, because nature has higher priority than humanity.”

You might be slightly off-put by these words which open tropical interface’s “eco world,” the first track of the compilation album, Ecomodern vol. 2.

Those of us that ascribe to Eugene Krabs’ fear of robot overlords may be especially susceptible to this feeling. However, there is no effort by the artist to balk in the face of this reaction. The song, which goes on to hastily spasm between sounds of nature and industrial machinery, tows a fine line between nostalgia and dystopia. This is a sound which is called many different things: eco grime, Bio-futurism, experimental, not music.

If you’re anything like me you may love the prospects of a new genre based on loops of disparate noises. If you’re not like me, though — and for your own sanity, I hope you’re not — Vaporwave may remain an all too recent memory, and you may loathe the idea of another “fake” genre forcing its way into pop culture. However, I hesitate to call this a genre. It seems to lack a sort of cohesion that would allow it to be called that. Instead, I think it’s more proper to call it a movement. As for a name, let’s call it Bio-Futurism – although it just as easily may be called ecofuturism. Whatever you choose to call it, this politically-charged movement may perfectly represent the climate crisis we’re currently living through.

For some in the movement, you’ll find their ideology is written on their foreheads in organic, non-toxic marker. Take Climate Denial Machine by Forces, for example; the description of the album on Bandcamp closes by saying:

“The undisputed reality is that we need to recognize the influence of the people and institutions hijacking the scientific discourse of climate change for their own benefits. The album is dedicated to raise that awareness.”

Each track off the album is titled after conservative think tanks, notable for their climate change skepticism.

Joonas Siren, the force behind Forces, describes the album as a collection of “possible futures related to the topic of climate change.” Siren notes, however, that the album — despite its titular pessimism — does not solely present a dystopic view of the future. Although Siren views the organizations mentioned in his titles as dystopian, he hopes that the album is “read not just from dystopian or utopian perspective, but opening up a plurality of possibilities.”

For other artists, the meaning can be a bit more elusive, like finding a needle in a quickly vanishing Amazon rainforest. Topography of Fiction — a four-part compilation project from a platter of scrumptious Bio-Futurists — gives very little context for the album, besides that it’s “inspired by geological structures, volcanic forms, weather maps, radar data images, etc.” Frankly, the songs of this project — as well-crafted as they are — have little coherence among each other, as far as sound is concerned. This is inevitable, to some extent, when preparing a compilation, but the disjointed transitions, such as between NEW FEAR’s danceable opening track “Frame” and eva01’s “Kevlar,” create an obvious disconnect between the sounds of the movement’s various artists.

Nonetheless, the music coming out of the movement is innovative, to say the least. Most within the movement (who may or may not even see themselves as part of a broader movement) create wildly arrhythmic pieces that transport the listener to various depictions of the future, utopian or dystopian – and does so, I might add, without the use of fossil fuel-based transportation methods. The sounds range from jarring gunshots to the pleasant chirps of birds. These sorts of sounds are often paired in conflict with each other, and tend to reflect a rivalry nature and human industry, although this is not uniformly the case (there is an obscene amount of music that could broadly fit into this movement).

This is exactly what futurist painter and composer Luigi Russolo discusses in his 1913 manifesto, The Art of Noise. Russolo describes the general trend of human music to become more complex, tracking the history of melody from its basis in monophony through its gradual development of more complex melodic structures. Russolo goes on to say that the next step must be to incorporate different sonic structures into music, and that “futurist musicians must continually enlarge and enrich the field of sounds.”

Bio-futurism is obsessed with this philosophy, and there is no better basis on which to start an environmental movement in the modern Anthropocene. It portrays industrial society as harsh, chaotic, and unpleasant. It is through this characterization that it holds industrial society liable for the current climate crisis.

The world has watched on in horror as the Australian bushland continues to be consumed by flames, taking with it an estimated one-billion animals (and that’s excluding insects and livestock) — possibly eradicating species of plants, animals, and fungi that we have not yet even discovered — in one of the most biodiverse regions of the planet. Contemporaneously, roughly 300 million people are at increased risk of drought and floods in the African Sahel region (a semiarid region bounded by the Sahara Desert in the north, the Sudanian Savannah in the south, and by the East and West African coasts) — and this will certainly have a compounding effect on food scarcity in a region in which 33 million people already suffer from food insecurity. Bio-futurism, through its often frenzied sounds and anxiety-inducing noises, reflects a growing uneasiness with these trends — trends that are guaranteed to continue, without the presence of a coordinated international effort to combat climate change.

Although Joonas Siren sees the problem as “depressingly difficult” and one that requires “unprecedented co-operation between all the different countries,” 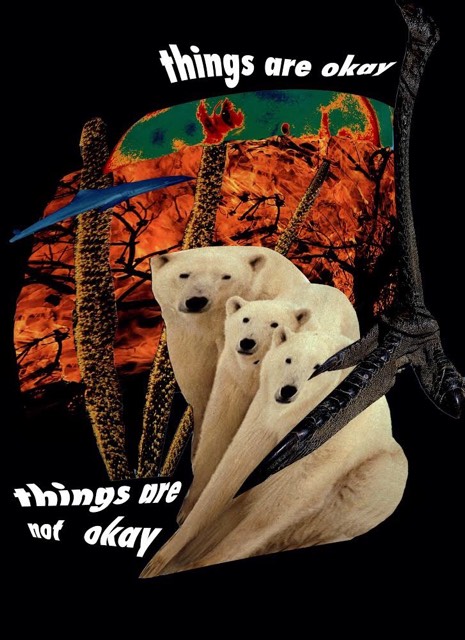 he is still hopeful: “If we can’t even recognize hope in the sphere of the arts, how can we ever have hope in the real life? I’m hoping that my record inspires the listener at least to think about these topics.”

In a closing exhortation from Siren, he implores the listener to “take care, stay well and listen to what Greta Thunberg has to say.”

Jack Semancik is a Cal Poly Political Science junior and a KCPR staff member. The illustrations were created by staff member Rialda Mustic.