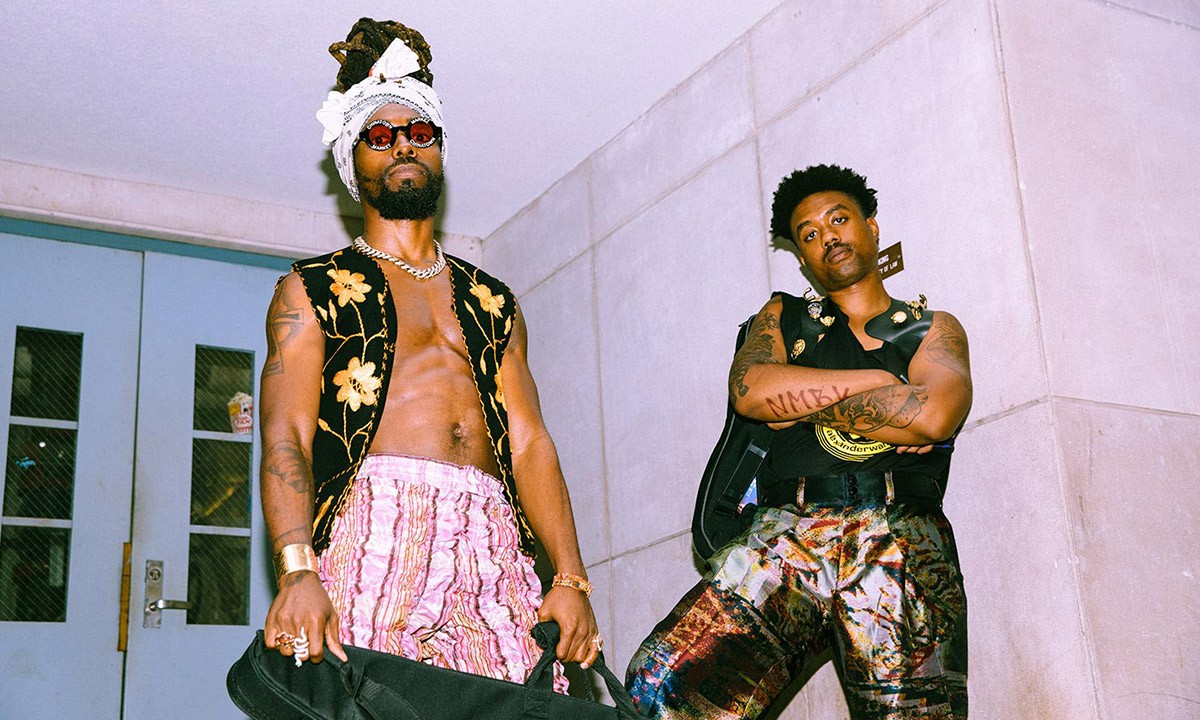 One of the most iconic cities for the genre.

From Outkast to Lil Yachty, Gucci Mane to Killer Mike, 21 Savage to Ceelo Green, Soulja Boy to – well, you get the idea.

As rap was gaining momentum in the mainstream, consumers looked to regions for specialized sounds. For example, New York was roughly characterized by its boom-bap beats that sampled jazz and had an emphasis on aggressive lyrical dexterity. On the other coast, California was known for its groovy bassline that sampled funk and had a laid back lyrical approach.

But where does that leave Atlanta?

Some hip-hop heads would say Atlanta’s rap scene is known for its by hard hitting bass and in-your-face lyrics that deal with partying and street life, as popularized by artists like Waka Flocka Flame and Lil Jon. But this just scratches the surface.

As Atlanta producer Drumma Boy once put it, “Atlanta is the mixing pot of the South.”

Enter EARTHGANG (a rap duo made up by Doc and Uno), one of the newest names emerging from the region.

While EARTHGANG has been dropping projects since 2010, their debut album Mirrorland and contributions to Dreamville’s Revenge of the Dreamers III is turning a lot of new heads.

EARTHGANG sounds like they are from Atlanta, if Atlanta was on an Alien planet. Sure, they have the trap influenced beats and blunt lyricism, but that’s just the foundation. What really makes their music unique are the witty bars, intricate flow, eccentric vocal inflections, and quirky production elements, just to name a few.

If that wasn’t enough to draw you into their extraterrestrial sound, Doc and Uno’s chemistry is so strong it deserves the scientific analysis of Walter White. Both have unique styles when it comes to spitting, but their shared worldviews and long history together are evident whenever they share the mic.

While the inevitable advent of college marked the end of many of their childhood friendships, it was only the beginning for these two. Both rappers earned a scholarship to Hampton University without even knowing the other applied. For those who believe in destiny, it must’ve been destined for Uno and Doc to spend their lives making music together.

It also must’ve been destiny for EARTHGANG to find fellow Atlanta rapper J.I.D., thus creating the rap collective Spillage Village. If Doc and Uno already had great chemistry, then J.I.D. is like a catalyst, making the reaction happen faster and with more intensity.

In college, these three scoured the campus for fellow music makers and songwriters in attempt to find studio access and beats that they could rap over. There was no industry label funneling money into their success and image, so they were going to have to make a name for themselves from nothing. It seems fitting then that the success of a group named EARTHGANG has such an organic story.

EARTHGANG has demonstrated a dedicated work ethic to get to where they are today. Surely they would’ve enjoyed the overnight viral success that many one hit rappers so frequently see in the modern day. But the style, chemistry, and mature approach to songwriting will result in a long industry shelf life that will speak for itself.

With only one album under their belt that seemed to be the culmination of years spent perfecting their sound, it’s evident that EARTHGANG is here to stay. Many music lovers have made the lazy, yet accurate comparison to Outkast. On the surface, this seems to be true.

Both are rap duos from Atlanta with outstanding chemistry. Both have an eclectic sound that is catchy yet experimental. And both seem to draw from Atlanta’s sound without biting it entirely.

Outkast’s Big Boi has even cosigned EARTHGANG in an interview on the Breakfast Club.

While surely Doc and Uno are flattered by this comparison, it seems a bit unfair when people make these comparisons.

Because EARTHGANG isn’t the new Outkast; they’re the new EARTHGANG.