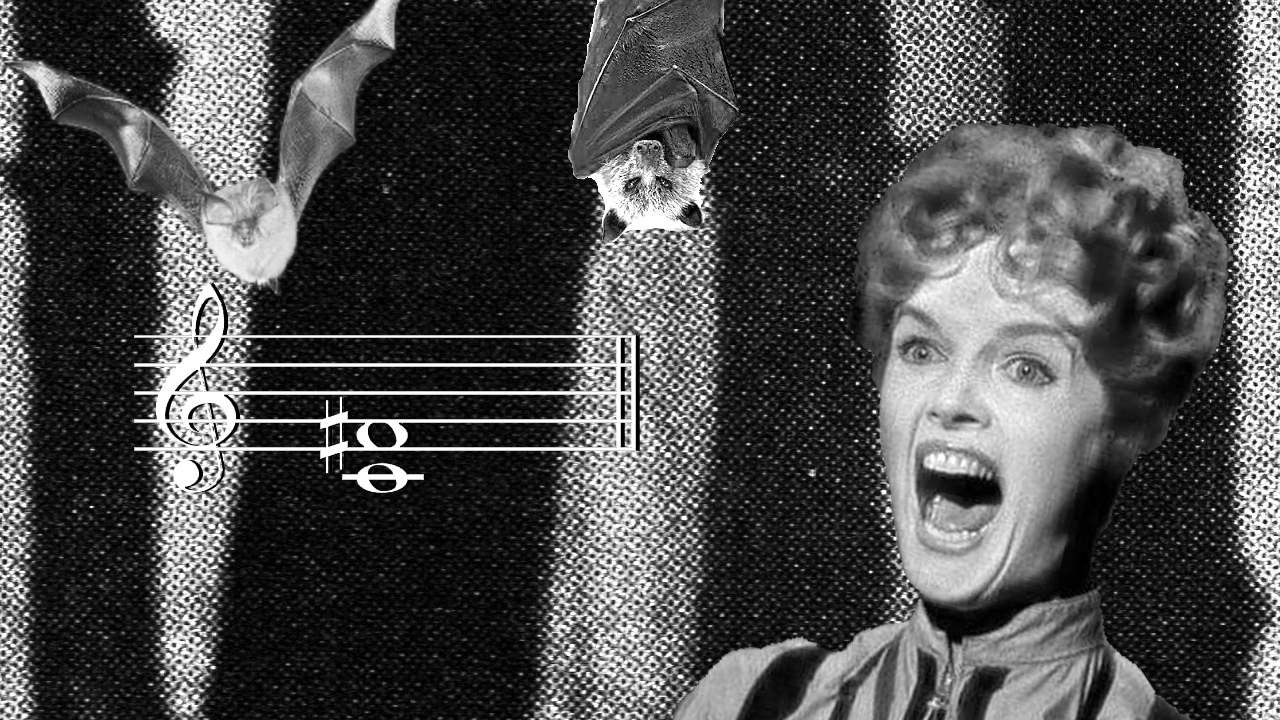 Fear is more than just a punk rock group opposed to saxophones.

It is also the very thing that sets this month above the rest – after all, there is a reason this month is called Spooktober.

So bring out the candy and load up Nightmare on Elm Street because what really gives the month of Halloween its eerie feeling are the movies.

I can’t tell you the number of times I’ve started a horror movie skeptically, only to have the living bejesus scared out of me on account of the soundtrack. Anyone who saw me during the showings of the second part of It knows this to be the case. Obviously, music has an effect on the overall feeling of a movie, the numerous fan edits of horror movie trailers with happy-go-lucky music standing as a testament to that (my personal favorite being The Shining trailer paired with Peter Gabriel’s “Solsbury Hill”). We’re pretty accustomed to music influencing our emotions, but what makes music scary?

If you, like me, are prone to jump-scares, then perhaps you’re reacting to what is called “nonlinear noise.” Similar to what happens when you blow out a set of speakers and begin hearing distortion, nonlinear noise is what happens when a sound system is overblown. Dr. Daniel Blumstein, in a 2012 TEDxUCLA talk, discusses how nonlinear noise mimics the vocal strains of an animal in distress, which produces a visceral (jump-scare) reaction. Blumstein originally began studying the effects of nonlinear noise on humans after noticing his own reactions to the nonlinear distress calls of yellow-bellied marmots (a.k.a. rock chucks), while studying them in Colorado. According to Blumstein, it is the usage of nonlinear noise that makes movies like The Exorcist and The Shining all the more frightening.

If nonlinear noise isn’t spooky enough for you, then it’s time we covered tritones – or the “Devil’s Interval.” Tritones are what are referred to as an interval, or two notes played simultaneously. The prefix “tri,” in this case, refers to the three whole steps in between the two notes. Because this places the tritone between the perfect fourth and the perfect fifth, it becomes a diminished fifth or an augmented fourth, which creates quite a bit of dissonance. In the Middle Ages, when music was seen solely as an expression religious faith (and thus expected to be beautiful sounding), the tritone earned itself the reputation of the Devil’s Interval, specifically for the dissonance it created. Still, it makes the intros to The Twilight Zone and The Munsters spookier by giving them an uncertain feeling.

In some cases, however, sounds are scary because we think of them as scary. Horror novelist Stephen King breaks up a scare into three separate types: gross-out, horror, and terror.

Gross-out, like it sounds, is something that scares you because it disgusts you. King uses the example of a severed head rolling down a flight of stairs. Horror, to King, is the unnatural. It’s like waking up to discover that zombies roam the Earth. Horror and Gross-out scares are understandably frightening because they resemble things that historically frighten humans.

Terror, however, is different. King raises terror to an incredibly high status, and for good reason; it’s that sort of thing that makes you confused as to why you’re scared. Rather than react with outright fear, your mind becomes unsure of how to react due to conflicting stimuli. King’s examples serve as the best ones:

“When you come home and notice everything you own had been taken away and replaced by an exact substitute. It’s when the lights go out and you feel something behind you, you hear it, you feel its breath against your ear, but when you turn around, there’s nothing there…”

Science YouTube channel Vsauce has a fantastic video which covers this topic. It’s this ambiguous feeling of terror that lends itself especially well to this last sort of spooky sounds. The sound of children laughing, for example, is not an inherently frightening one. Walking up to the public park does not give most a sense of fear. However, change the context – say, instead of a park, the laughter was echoing down a pitch-black hallway – and suddenly that child laughter is abnormal and out of place. Your mind, trying to reconcile the usually benign sound of children with the frightening context, is unable to decide which emotion the scene evokes, producing that feeling of terror.

So whether you’re binging Tales from the Crypt or reliving your childhood with Are You Afraid of the Dark?, your emotions are being influenced by purposefully placed creepy sounds. And if it’s too much fear for you to handle, you could always play Dark Side of the Moon over whatever you’re watching.

Jack Semancik is a Cal Poly Political Science junior and a KCPR staff member. He wrote the article and created the graphic.