San Luis Obispo, as you may know, gets plenty of rain, and when it rains, there isn’t much to do.

Though, on this particular rainy Friday afternoon, my friend Vince offered the idea of going to a Jeffrey house show. I had never heard of the Jeffrey house, nor the concept of having a concert inside a house.

So, I did a little research. COFFIN, POW! and Pancho and the Wizards: these local bands were right up my alley, and there is better way to beat the rain than to see some music.

We packed in like sardines, and the whole house moved to the loud blast of rock and roll. The show had grit and character — traits you wouldn’t find at a commercial venue.

The Jeffrey House, located on Jeffrey Dr., is now home to the up-and-coming Dudeo Perez and has become a familiar venue in San Luis Obispo’s DIY rock scene.

The Jeffrey House held its first DIY show during the 2017 – 2018 school year just after winter break and since then has had many other events, Noah Boland, a Cal Poly third year and member of the bands Dudeo Perez and COFFIN, said.

Because SLO is located between Los Angeles and San Francisco, two major music hubs, it is often overlooked as a place for touring bands to stop at, Noah said. He went on, SLO has to then compete with everything in between, including Santa Barbara, Ca., Santa Cruz, Ca., Fresno, Ca. and Bakersfield, Ca.

This makes it difficult for full time music venues like the Fremont Theatre and SLO Brew Rock to draw in rock bands that have almost a cult following, especially when the dominant music genres at Cal Poly are rap and electronic music, according to KCPR.

“Young crowds are particular to cater to,” Ryan East of Boo Boo Records said. “It’s hard to keep a place booze free, drama free, and drug free while also making it about the music.”

So, out of necessity to support their business it makes more sense for these venues to book artists from the popular genres of San Luis Obispo.

For small rock bands not looking to play commercial shows in SLO, the Jeffrey House becomes an easy middle point to stop at in between tour dates, Jackson Reynosa, a Cal Poly junior and member of Dudeo Perez.

Likewise, the house accommodates the bands well, making sure they have a safe place to store equipment and a good place to sleep.

This all helps to draw in bigger names, like POW! and Flat Worms.

“The community is what make the shows unique, without the capital or promotional ability our shows are based off of our reputation. This reputation is based off of friendships and the fact that people come to be with each other,” Boland said.

The shows offer a more intimate experience that a commercial venue can’t quite mimic. The house, being so small, forces the audience literally inches from the bands. After each set, everyone socializes in the backyard, allowing for people to easily get to know each other and even converse with the bands.

“San Luis Obispo is a small enough town where the group of people who go to our shows are those who are seeking it out, whereas Los Angeles just has so many people,” Reynosa said.

Though, like everything, the shows aren’t perfect. The house turns into a sauna during each set, there’s the possibility of noise complaints and tickets, the house doesn’t have incredible acoustics or a built in sound system. On top of that, everyone who lives in the house is putting the it and their personal belongings at risk, but it’s their passion for music and the friendships that keep these shows going.

“We aren’t professionals, but it’s more real when we are pulling the strings behind the curtain,” Reynosa said.

Since the release of their new album Allons’y, Dudeo Perez has witnessed the growth of San Luis Obispo’s DIY scene; they held their album release show at Jeffery on Jan. 18, pulling in their largest crowd yet.

Since they have played shows at other locations around San Luis Obispo including Shabang, the Warehouse on Mars, an attempted house show for the Cal Poly Surfrider organization (which was ended early due to a noise violation), and Extravaganza on Cuesta Ridge. 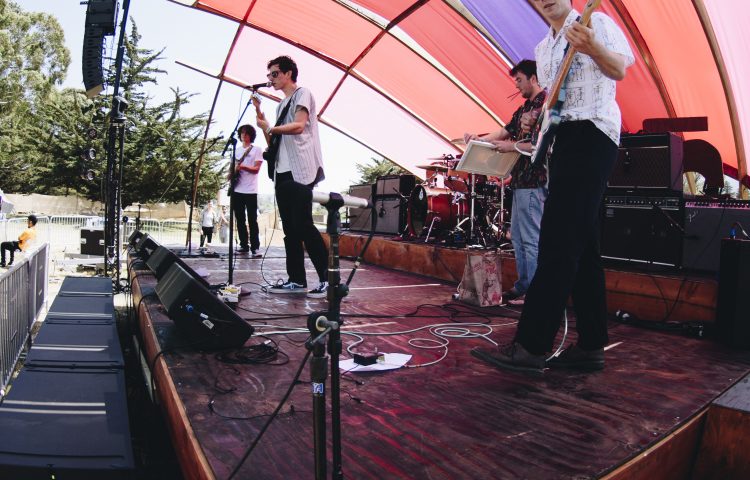 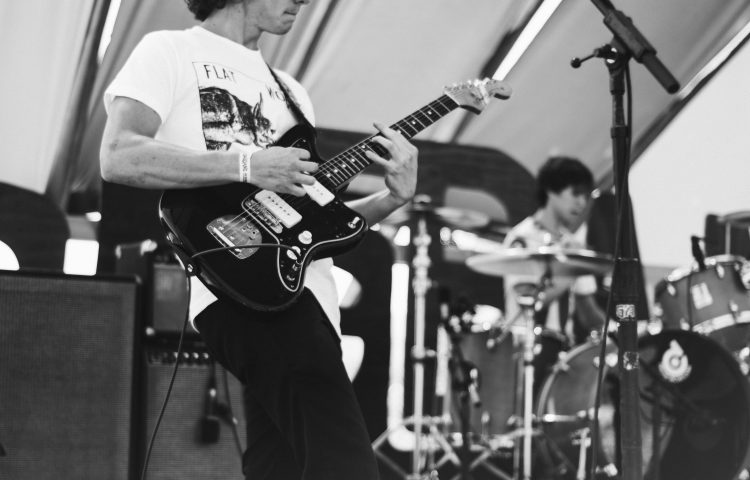 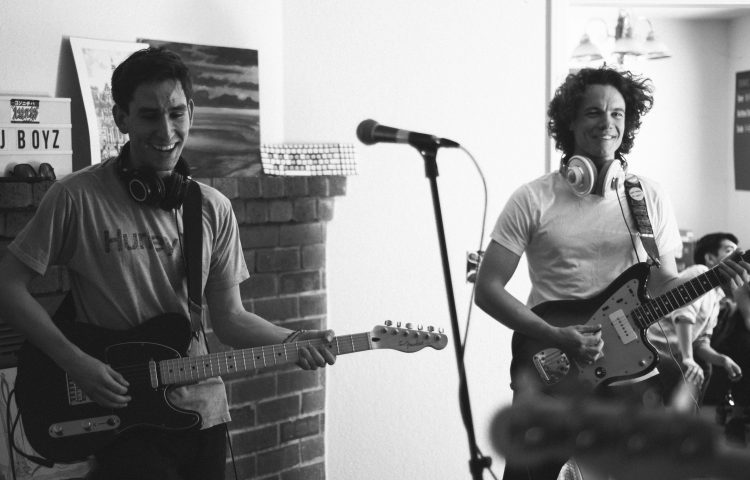 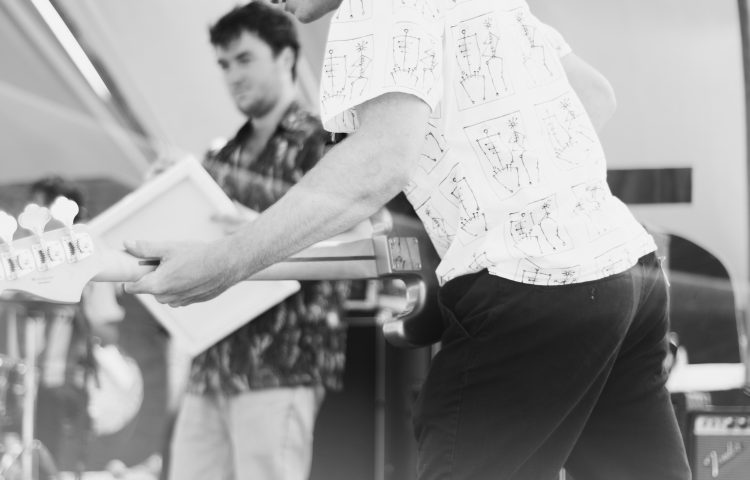 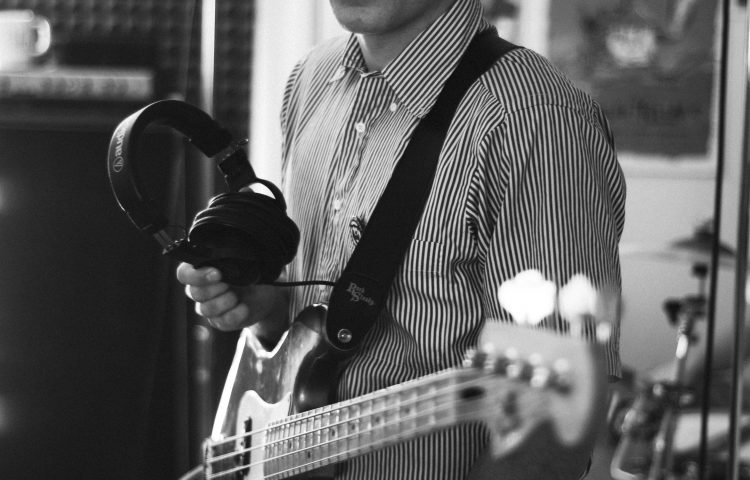 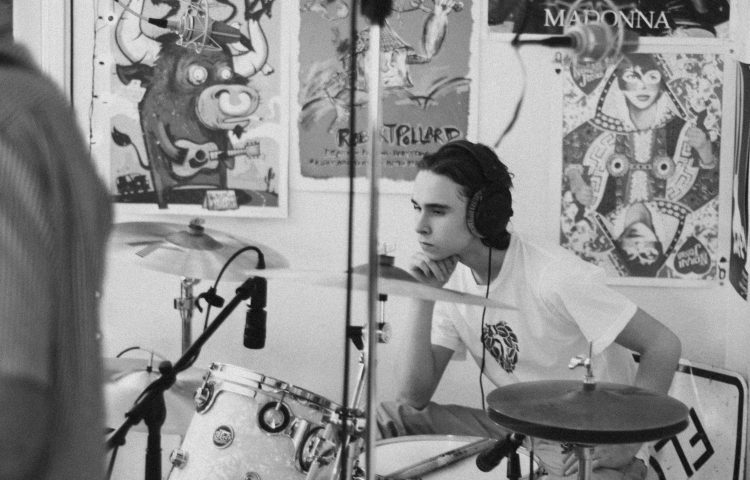 Boland feels that SLO’s DIY rock scene goes through waves, and said, “Now it’s almost like the baton was passed onto us and we’re just filling the void giving kids a home.”

Check out the rest of the in-house session on KCPR’s YouTube page down below!