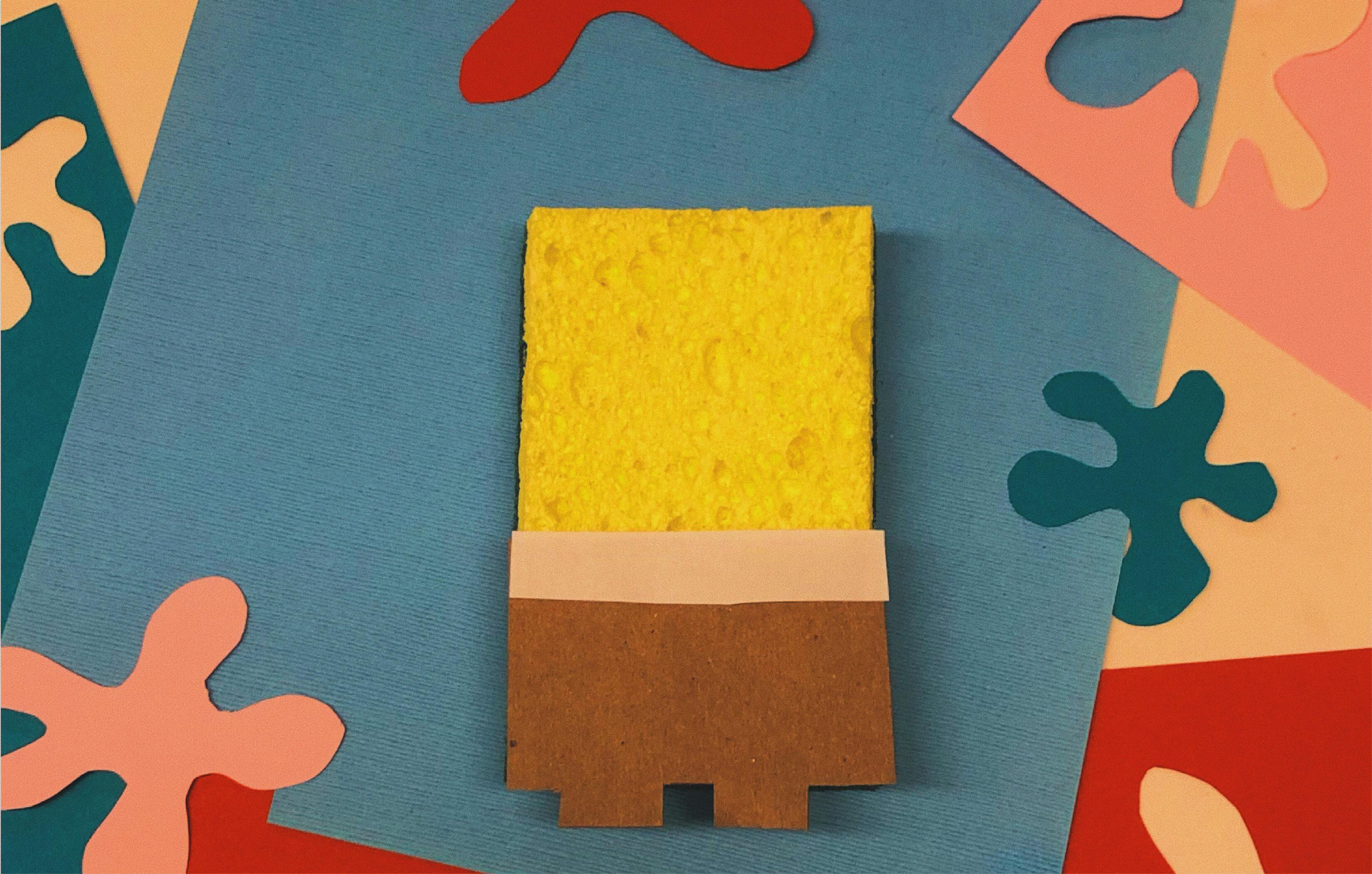 The year is 2005. You’re at your best friend’s house. His mom orders pizza and puts an orange VHS tape in the player.

The movie ends and that song comes on. You know the one: Ocean Man. That song by that weird band from the ’90s, Ween.

It’s a fun song. It is really sweet in its own silly, laid back way. When you’re a kid that just finished probably the best movie you’d seen in your entire life up until that point, it’s a good way to finish the story of a couple kids who made it to Shell City.

You probably remember it today because of the memes.

Anyway you take it, the song is arguably a generational icon. And shouldn’t come as a shock either. It’s entwined with Spongebob, one of the most universally beloved T.V. shows ever created. It makes sense that the song would be used for the end credits of the movie, as the album it came off of served as the impetus for the show in the first place.

“I got a call a long time ago from a marine biologist that said he wanted to start a cartoon inspired by Ween’s album The Mollusk. His name was Steve Hillenburg, and his idea was to create a Bugs Bunny type cartoon on the bottom of the ocean floor.

Ween had been on tour for a long year and we ended up recording and writing the song in one night at Greg Frey‘s studio. It was to teach kids how too tie their shoes and we wrote it really fast and mailed it back on X-mas eve and for once they said ‘don’t change anything about its, it’s perfect.’ It remains one of our proudest legacies and we went on to do a lot of work together with SpongeBob, and the show went on to be the best cartoon of two generations. So this is for you Steve.”

That was Mickey Melchiondo — better known as Dean Ween — in a Facebook post remembering Stephen Hillenburg, the creator of SpongeBob.

It should serve as no surprise that a band that made music that resembled a psychedelic fever dream would inspire a show like SpongeBob. So it’s kind of a shame that most people just think “Ween? You mean that band that made that one song for that kids movie?” Their discography tackles a wide range of sounds and styles, sometimes funny, sometimes weird, always Ween.

So strap on that JammyPack, we’re talking about Ween and why their music is so damn cool.

Now don’t get me wrong, Ocean Man is a great song. The Mollusk is undoubtedly a masterpiece. It’s a concept album experience that can best be described as having an ice cream cone on the pier, slipping on a banana peel, falling off the edge, cracking your skull open on a rock below and being taken by the tide for a ride that’ll blow your mind wide. And Ocean Man fits the album perfectly. So if that sounds like your bag, tear into it, it’s great stuff.

But their best stuff is the shit you haven’t heard. Also worth mentioning are the songs NOT included on the final record. Forgotten demos, b-sides, recycled skeletons and concepts that would rear their heads on other songs in Ween’s discography.

Take “Kim Smoltz” — I wish someone would. The song is one of the tunes from The Mollusk sessions that didn’t make the cut. It’s this wistful, happy-go-lucky surrealist sub-aquatic dream about taking it easy, marinating beef, fish swimming in your skull, and comprehending the inner machinations of a leafs mind. All accompanied by a pretty simple guitar arrangement and a sighing, sentimental synth line. Putting it mildly, it’s a damn good song. And they scrapped it! The DNA of this song is all over the even stranger “Pink Eye – On My Leg.”

The search and celebration of Ween deep cuts — often referred to as “brown” — is a bit of a sport among their fan base. So, let me take you by the hand and lead you to the land that I understand. Let’s fall down the Weenie hole.

Now, casually browsing their Spotify page already brings up their early albums. Cool stuff. I’m a giant Ween fan, so if you ask me, these are essentials. Let’s look at the first three.

It’s this really groovy pseudo-cover of Prince’s “Shockadelica,” and while it doesn’t necessarily top Prince, it brings its own goofy energy that makes you want to bust a gut as well as bust a nut.

The Pod should be listened to morning after, lying in bed, soaked in your own vomit. The best way to describe this one is sweaty. It’s absolutely vital that you not shower for at least a couple of weeks before listening. It’s arguably their stinkiest record, but don’t let songs like “Alone” and “She Fucks Me” fool you with their congested sound. Parts of this record are veritably sick, with epic glam jams like “Captain Fantasy” and Phil-Collins-colored “Demon Sweat.” Once you manage to drag your sorry ass out of bed, you eat breakfast to “Pork Roll Egg and Cheese” and assess the damages from the night before.

Pure Guava, man… in the evolution of their sound, this is their middle point. Their Homo Erectus, Weenus Erectus, whatever. At this point, they’ve transitioned from their lo-fi stylings to something distinctly higher in quality, but with all the trappings of their weirder tapes. They were just signed to Elektra, a pretty major label, and would soon see a huge boom in popularity. From here on they would get as big as any band that writes songs like “Flies on my Dick” could get. Their single “Push Th’ Little Daisies” made an appearance on Beavis and Butthead. In their words, “these guys got no future.” It’s up to debate, but I would beg to differ.

That should serve as a good starter, but they have even crazier stuff that you can’t find on “official” streaming services. For the all encompassing archive of every Ween song ever produced, scrapped, performed live, or thought of, Browntracker is the place to go. It’s kinda like the Pirate Bay, but for only Ween’s music. The site’s kinda dead, but there’s lots of good links to cool music that still work. Plus, it’s a really cool testament to the amount of adoration and love their fans have for the group. Not many other bands can boast a complete, completely fan organized and operated archive of all their work.

You recoil in shock. Your head is swimming and tears are rolling down your perfect, pure face. Your hands, the hands of someone who has never broken a rule in their life, clenched with money and used  tissues, slam against your IKEA desk. “Wait a second… Davis you rat! If you love the band so much, why are you suggesting I use a website that promotes the questionably legal propagation of Ween’s music? Wouldn’t a real fan support the official release?”

And it’s not like the band is unfamiliar with “unofficial” releases, either. Way back in the day, the Deaner himself leaked a compilation of unreleased demos called Craters of the Sac to the Internet back in 1999 as a show of appreciation for fans of the band. The album cover is an extreme close-up of Dean Ween’s nutsack, and the songs on it are just as hairy. With bluesy, fuzzy “Makin’ Love in the Gravy” and the epic and trippy conclusion to the inter-album Stallion saga with “The Stallion Part 5,” it’s an absolute must listen for anyone with even a passing interest in the group. There are songs that easily fit in with their early, punk-ier work like “Sucking Blood From the Devil’s Dick,” and songs that exhibit their groovier tendencies like “Monique the Freak.” It’s all there, and it’s all brown.

In 1996, they did a collaboration album with Boredoms, an experimental rock group from Japan. At this point in time, Boredoms was this crazy, noisy, nightmare band that couldn’t have been more of a match for their oddball counterparts across globe. It’s called Z-Rock Hawaii, and it showcases the best eccentricities of two groups who were just entering their prime. The album is constantly twitching and convulsing, with the screams of a man who sounds like his skull was used for batting practice. It features absolutely off the wall guitar playing, consistent atonality, and these unusual song structures that just reeks of Boredoms. Also worth noting is the familiarly bizarre Ween songwriting that’s present on the record. Seriously, listen to “In The Garden,” you’ll get it.

These guys have tapes ranging all the way back to the ’80s, when they were just 16! Stuff like Crucial Squeegee Lip is delightfully juvenile and that’s because, well, they were juveniles when they made it.