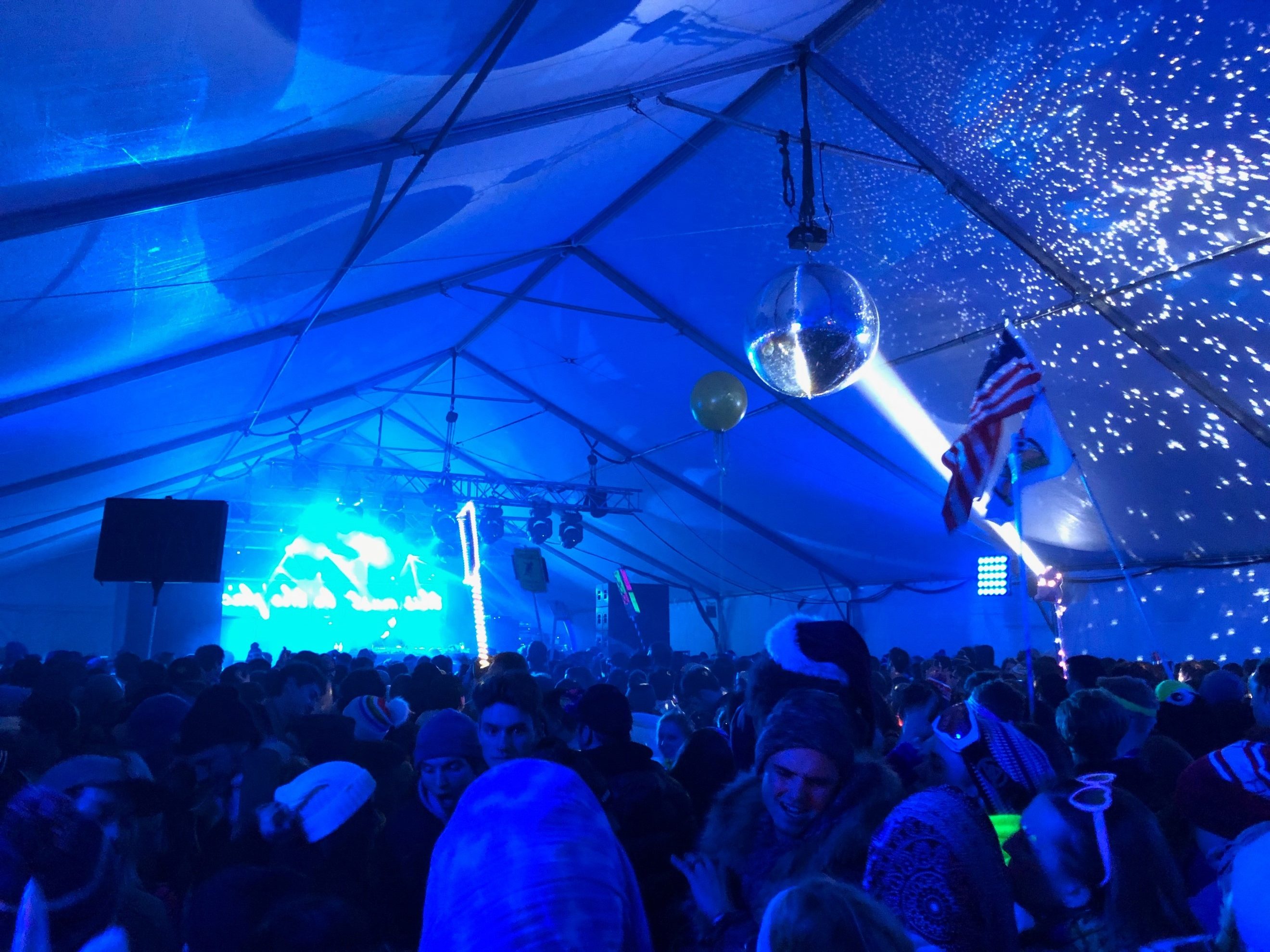 Yes, somehow the Tahoe weather Gods blessed this year’s festival with decent temperatures, allowing many festival goers to party with t-shirts on or even no shirts at all.

Throughout the crowd, attendees danced together wearing outfits ranging from tank tops to full snowsuit onesies. The contrast was amazing.

It also got muddy. Really muddy.

While crowds at most other festivals would have been annoyed by the mud, worrying that it would ruin their “festival outfits,” Snowglobers embraced the mud, dancing and sliding in it all night. I even saw a guy slide head first into a particularly muddy section of the festival while his friends cheered him on. He then got up, made some sort of roaring noise and kept dancing. It was a beautiful sight to see. 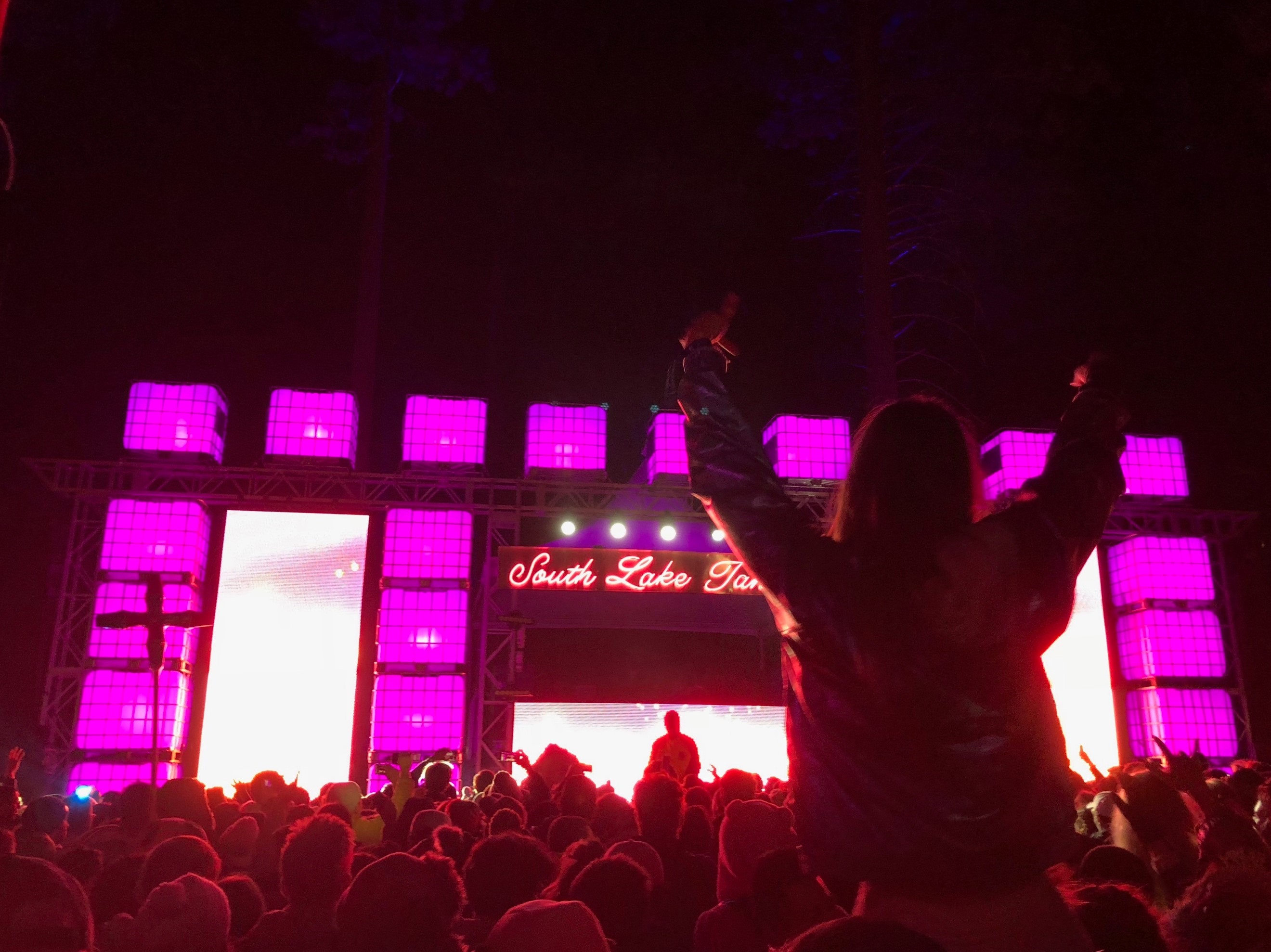 Let’s get to the music.

While most other electronic music festivals are centered around live mixing, quite a few artists at this year’s Snowglobe brought live instruments out on stage. Alexander Lewis surprised many fans by stepping away from his DJ controller and jamming out on a trombone.

Later in the night, San Holo spent a majority of his set standing on a table playing a guitar over many of his most famous songs. Holo even covered Kanye West’s hit “All of the Lights” on his guitar, mixing it over his hit “The Light.”

The live instrumentation was a refreshing dynamic at this year’s festival and something I hope to see at future electronic music festivals.

While the Main Stage and Sierra Stage had great performances all weekend, it was hard to leave the Igloo Stage. Even though it was much smaller than the other two stages, the Igloo was a winter wonderland in a tent, equipped with a plethora of blue lights, multiple disco balls, and loud house music.

While the other two stages received the most attention, everyone was trying to make it into the Igloo Stage. Against the back wall ran the words “This Must Be the Place,” a simple and beautiful sentence that encapsulated the emotions of everyone lucky enough to be present.

Of all the headliners, Travis Scott’s performance impacted me the most. The rapper might have performed for only forty five minutes, but he packed more energy into his set then most of the other headliners could. The crowd sang along to every word of hits like “Antidote” and “Goosebumps” while Travis shook his braids and jumped around on stage. As a Travis Scott enthusiast, it was a marvelous sight to see. 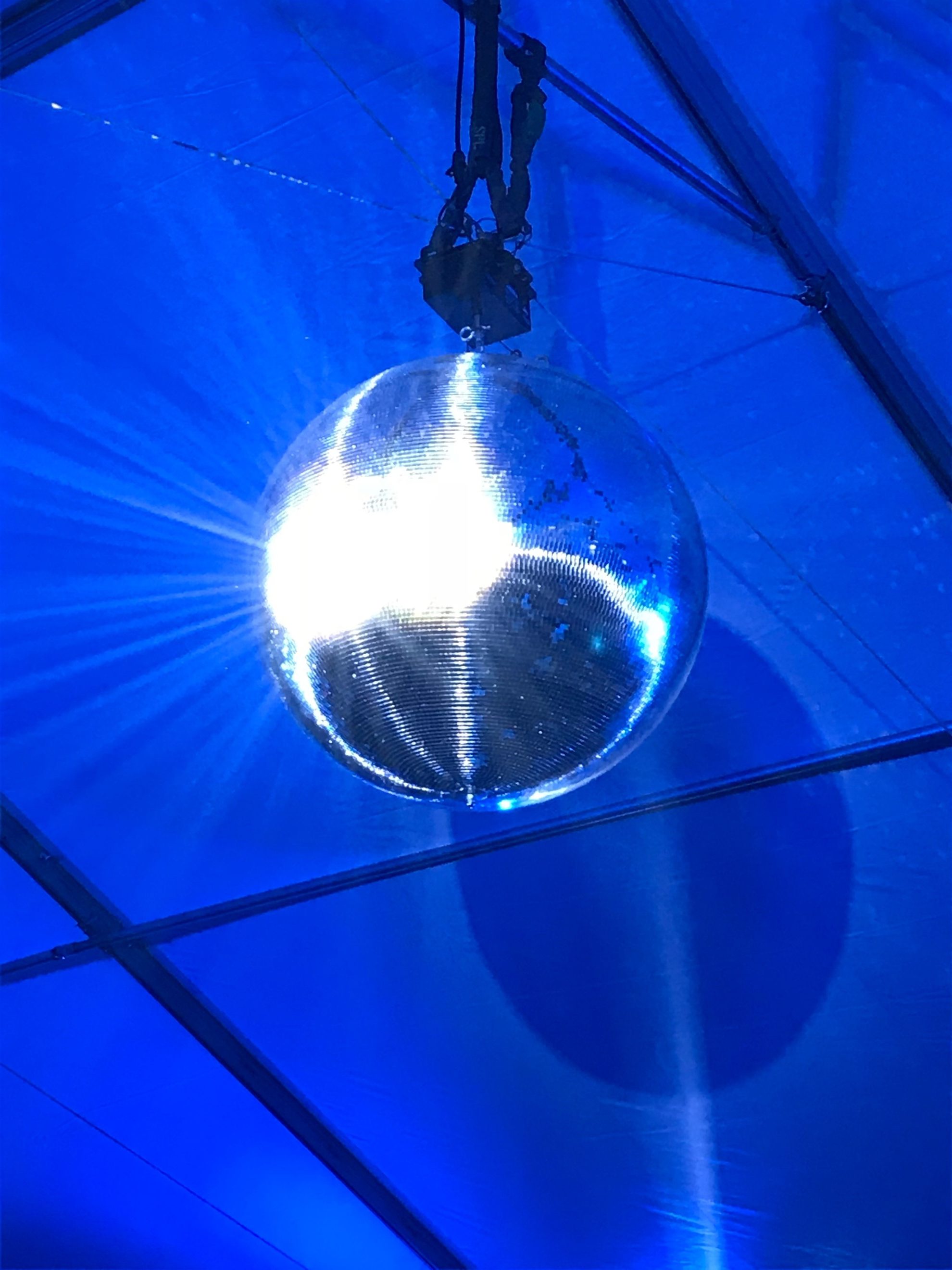 Snowglobe once again brought out Tahoe’s finest skiers and snowboarders, who dazzled the crowd with aerials and spins off a ten foot jump next to the main stage. Listening to music while watching skiers stomp backflips underneath a sky filled with fireworks, it was hard not to appreciate the uniqueness of this year’s Snowglobe.

Jesse Hynes is a KCPR DJ and Cal Poly economics senior. He attended Snowglobe, took the pictures, and wrote the article.

An Insider’s Guide to Snowglobe

Pretty. Loud. But Pretty Loud: A Dialogue with Sam Gellaitry

We Returned from SnowGlobe with No Limbs Lost to the Elements

KAABOO? I Ran Into My High School Math Teacher