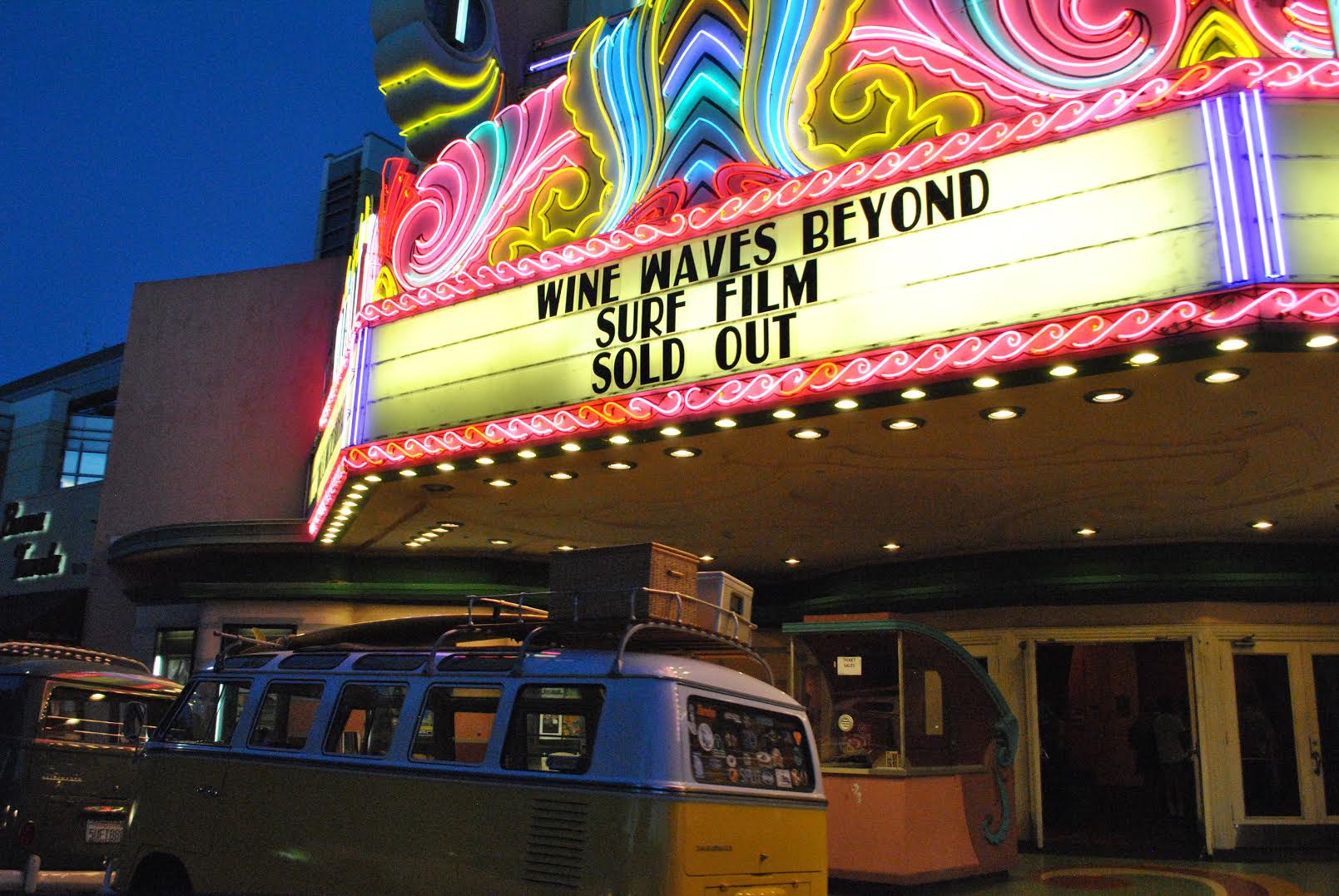 If you’re somewhat interested in photography, the outdoors, and remote, powerful landscapes, chances are you’re familiar with Chris Burkard’s work.

An accomplished photographer from Pismo Beach, California with a 2.6 million follower base on Instagram, who recently debuted his film “Under An Arctic Sky” at the Fremont Theater this past Friday, June 2nd as part of “The Wine, Waves and Beyond” event that took place here on the Central Coast.

The film revolves around the journey of Burkard, along with a crew of six surfers who blindly embark to Iceland in the middle of winter in search of the perfect waves. The trip required “good old fashioned detective work” as Burkard described at a Q&A that followed the film.

The goal of the adventure was to find a specific wave that sits on the northern coast of Iceland. Burkard brought his own team but connected with two close friends who are Iceland natives that could help steadily steer the journey. 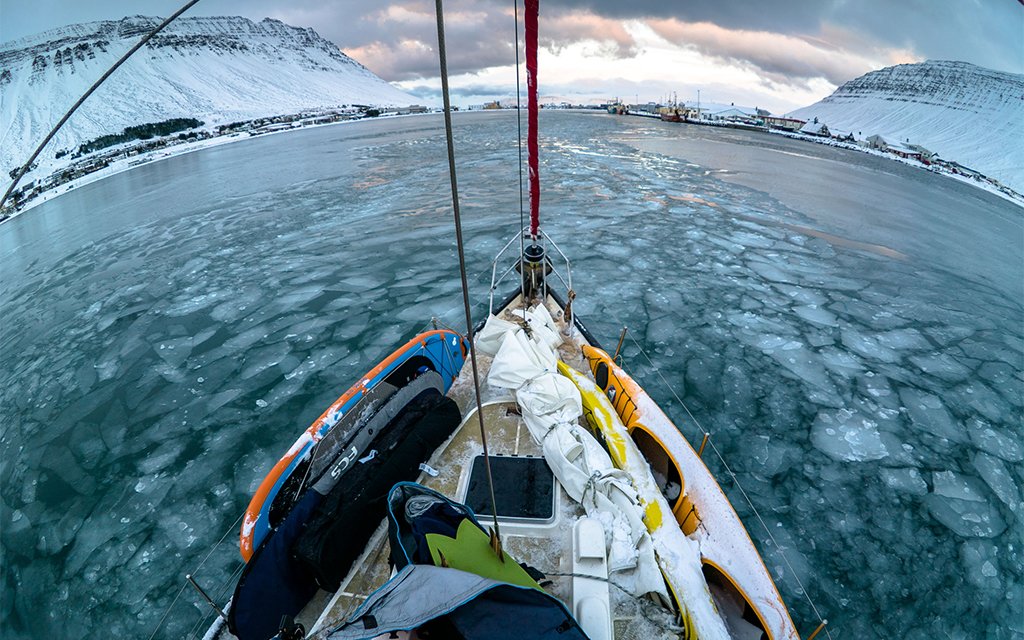 While in search for the infamous break in the northern corner of Iceland, the exploration was cut short by the biggest storm to charge Iceland in almost twenty-five years. The storm caught them completely by surprise, and actually halted them from getting to their intended destination of the wave, as well as put their lives at risk. Forced to stay boarded up in a wooden cabin for several days, they had to wait for the storm to pass and then decide whether or not they should continue on towards swell.

After days of constant darkness, the crew came upon a night where the northern lights were especially gravitating. The frozen night air contrasted with the lights’ green vibrancy, and Burkard wanted the shot.

However, the night’s darkness impeded the surfers from clearly seeing the breaking waves, and much less maneuver turns, airs and spins. The solution was to shine a bright flood light down the line of the wave so that when it came upon them, the surfers could see it and catch it. 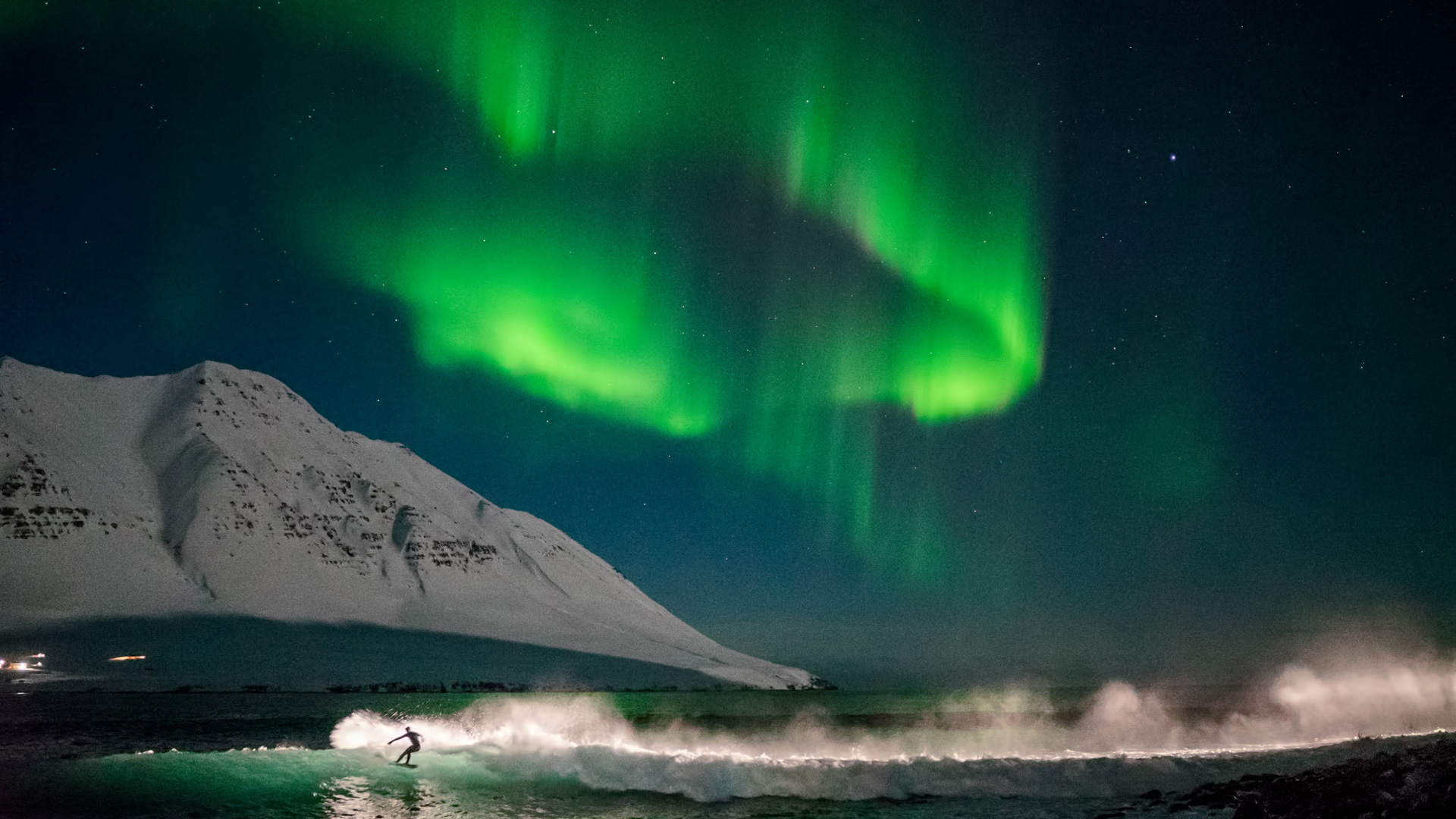 The image of the surfers riding down waves that shone below the regal northern lights while surrounded by the looming Icelandic glaciers, made for one of the most powerful shots ever seen in surf filmography. It validated and rewarded the courage to embark on such a trip.

We got a chance to speak with Chris about the trying conditions, the creation of the film, and the journey into the desolate wild in search of perfection.

“Through the process, we thought about uncertainty. Through embracing uncertainty you create space, space where the unknown happens… To somehow inspire you to get out there and submit yourself to mother nature. To see what happens.”

The severe weather conditions, as well as the three-and-a-half hours of sunlight that Iceland provides made it difficult for the camera crew to adjust to, and made the filming of the movie difficult to say the least.

“We didn’t know what to expect. It was just so much trial and error. You have to go out and try, and go back if it didn’t work. Eventually we got the right camera, the right lens, the right shutter speed, and the right ISO. But it wasn’t on the very first try,” Burkard said about the final shot of the film that depicted surfers doing their thing beneath the northern lights.

Why Iceland? Why choose an extremely cold temperatures climate in the middle of winter to find the best surf of their lives?

Well Burkard goes for the adventure, but also the journey to quintessentially capture nature in its simplest and purest form.

“I’m just drawn to the remoteness of Iceland, you just have to go and experience it. In my work I try to seek out places that I can photograph in a way that makes people want to go there.” 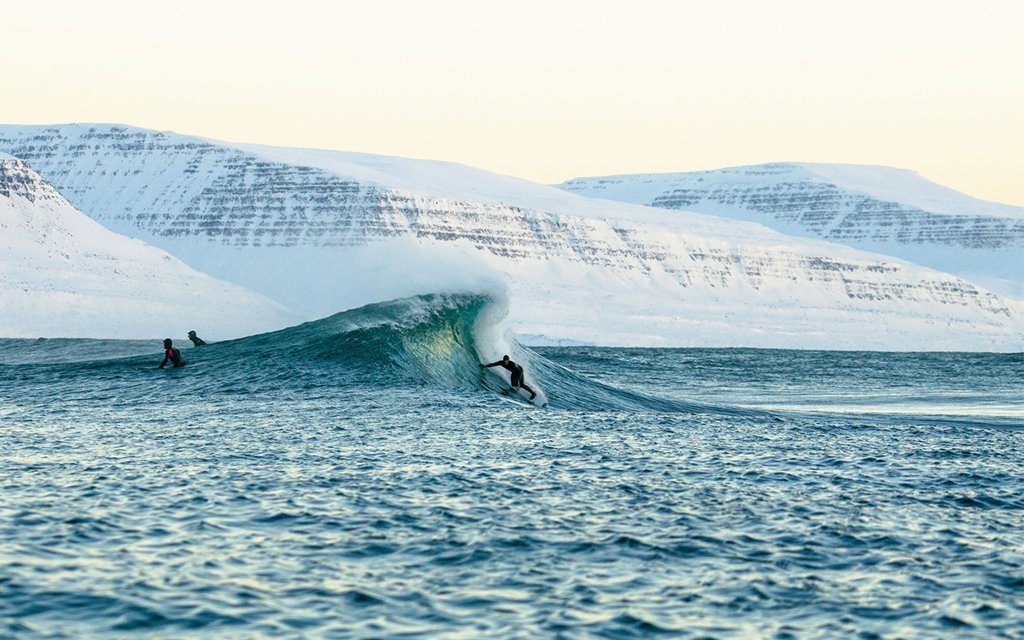 In addition to the perfect location, a trip like this requires complete trust from crew members and a good feel for the attitudes that inhibit the group. Although you don’t have control of what could happen once out in the field, Burkard did have specific characteristics he was looking for during his search for the perfect team of surfers and cameramen, but also friends.

Burkard shared after the film premiere that he did feel that way. Even when the storm hit, his guys were supportive and hopeful for the project. In addition, playing his film at the historic Fremont Theater in front of family and friends made the whole experience even more special.

“In reality there’s no greater feeling than showing work you’re proud of in your hometown in front of the people you care about.” 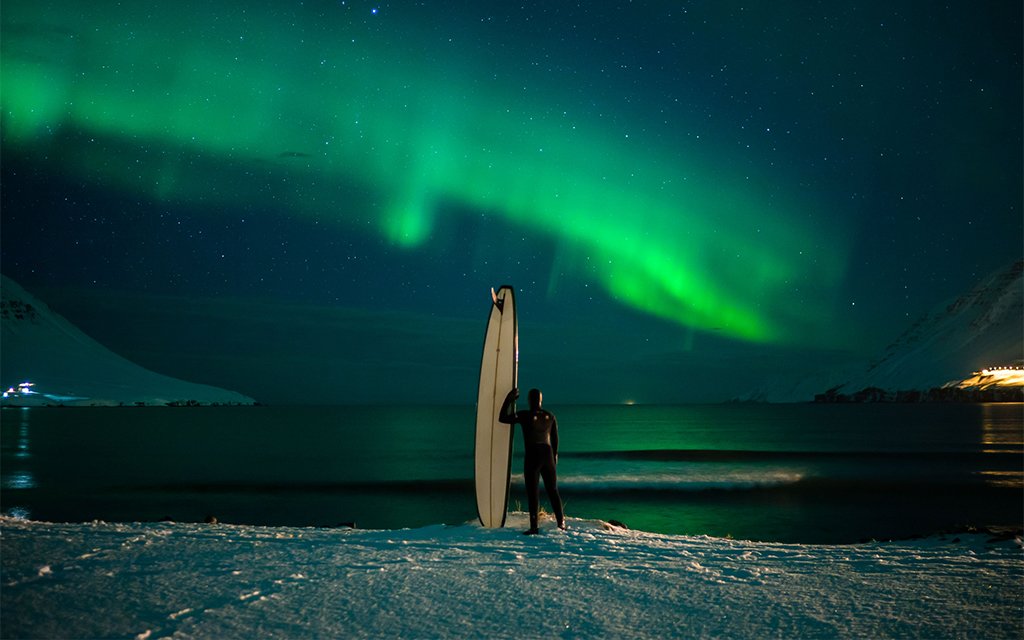 Mikaela Duhs is a KCPR staff member and Cal Poly Journalism junior. Camila Gonzalez is a KCPR DJ, and a Journalism sophomore. Catch her spinning tracks on KCPR San Luis Obispo 91.3 FM or kcpr.org on Sundays from 8 a.m to 10 a.m. All photography courtesy of Chris Burkard.

A Confusing Night with Alvvays and the Drums