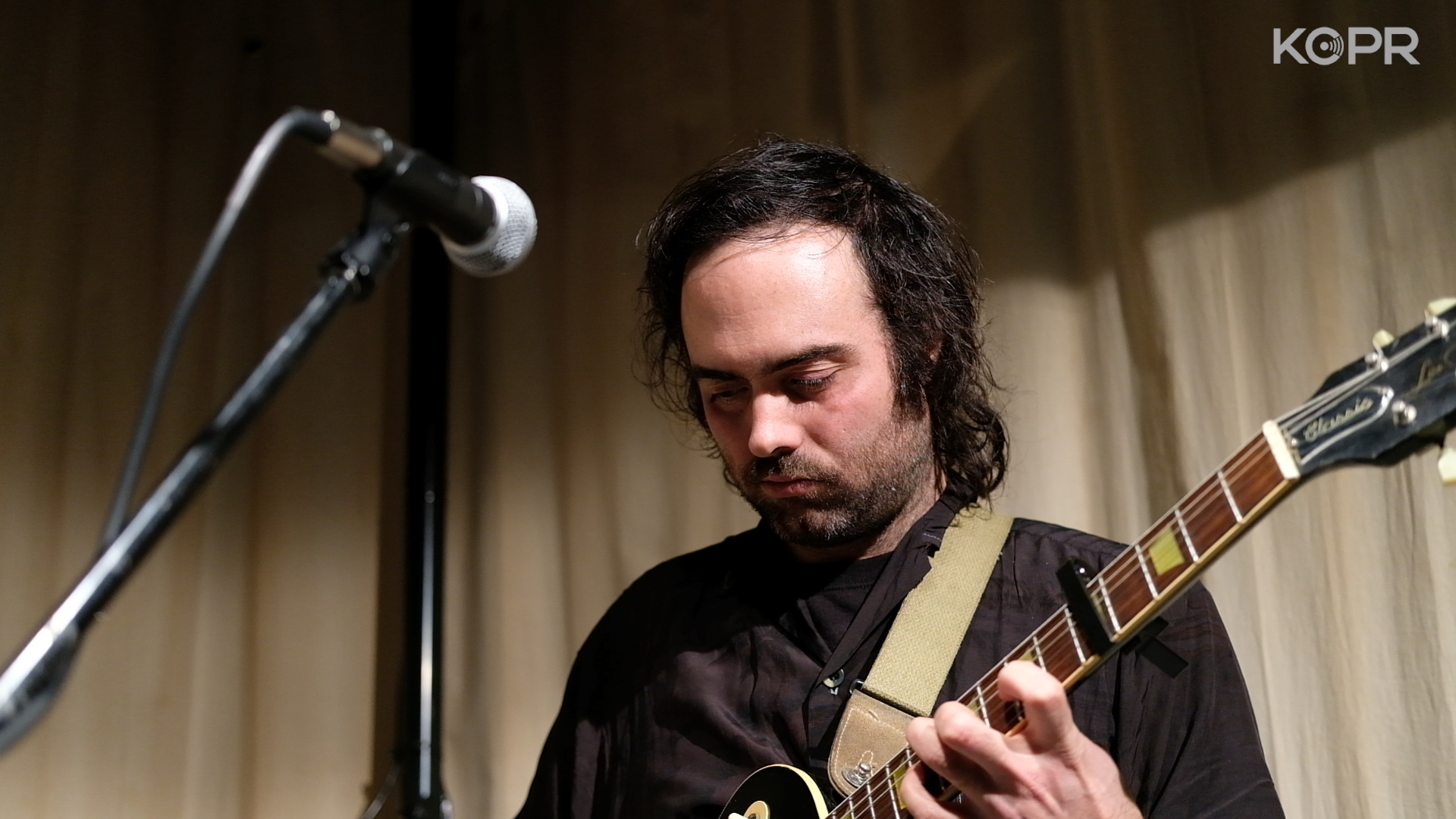 Gabe Rodriguez from Hideout came to the KCPR studio to play some acoustic songs off his new album So Many Hoops, So Little Time.

The songs off the new album are representative of the album’s title. Rodriguez’s lyrics are sweet, reflective and exhausted by the notion that there will never be enough time.

After a difficult year, Rodriguez found solace in hiding out and making music in his apartment. He describes it as his form of therapy as he comes to terms with the death of his brother. The studio tracks are accompanied by backup singers, percussions, and various other instruments that gives record an upbeat soulful sound, despite a harrowing context.

KCPR’s in studio acoustic session gives an exclusive look into the raw performance of just Gabe and his guitar. Listening to the stripped down version of these songs gives an intimate experience for anyone who watches. You might as well be a fly on the wall in Gabe’s room.