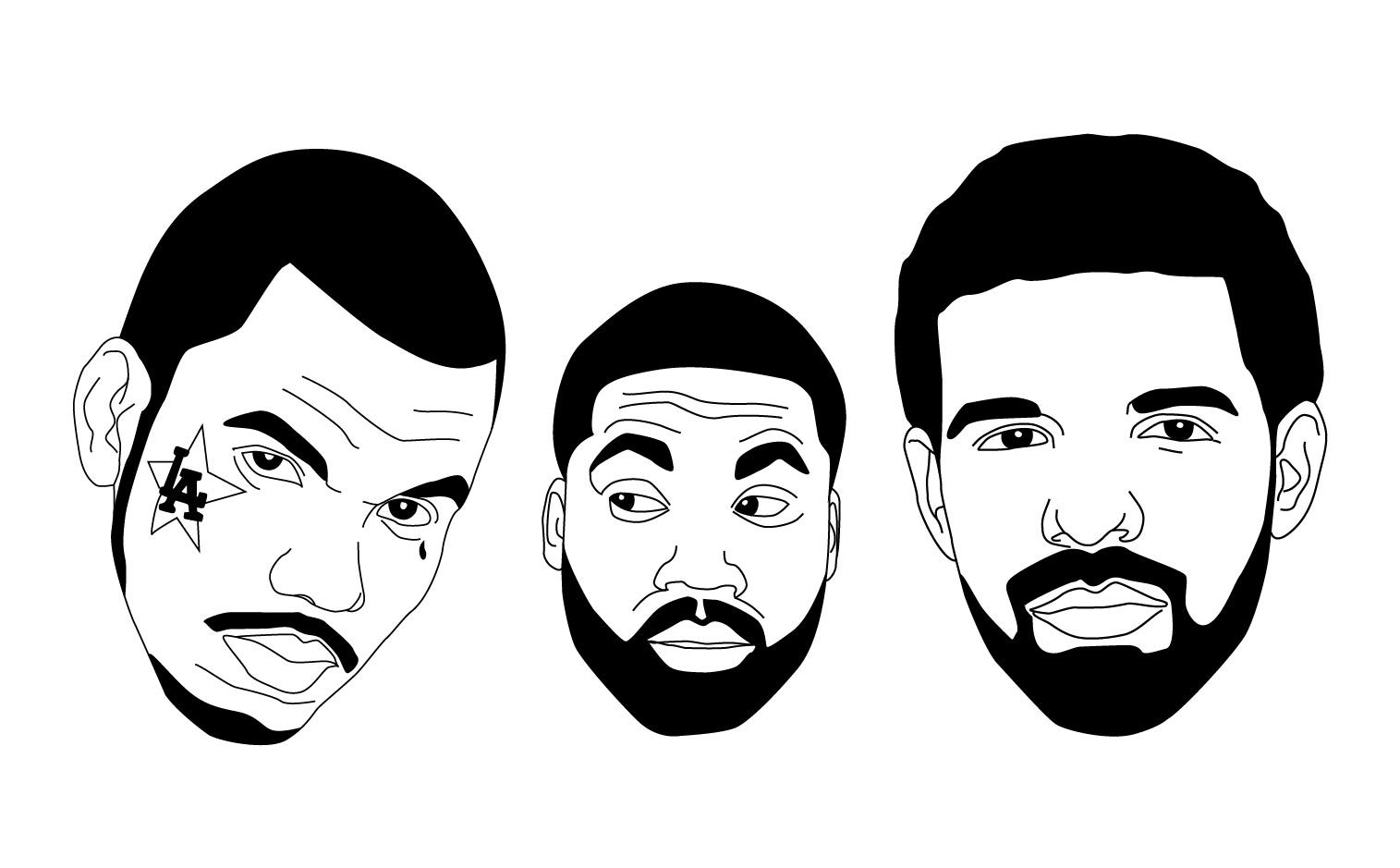 A Comprehensive Guide to the Local Venues You Might Not Know

Since the release of his chart-topping sophomore album last year, Dreams Worth More Than Money, Robert Rihmeek Williams, better known as Meek Mill, has been one of the most talked about rappers in the world.

His growing mainstream success, his relationship with Nicki Minaj, several rap beefs and an all-out assault from the internet’s meme army has kept Meek perpetually in discussion. That discussion that far too often strays away from Meek Mill the artist and into Meek Mill the personality.

Williams’ career started as a battle rapper out of North Philadelphia, but a series of mixtapes allowed him to gain notoriety that would eventually lead to him signing with Rick Ross’ record label Maybach Music Group. It was from there that Williams was able to grow his voice and sound through his first three Dreamchasers mixtapes and first studio album, Dreams and Nightmares.

The music is heavily influenced from his time growing up in North Philly; from the drugs he’s dealt to the friends he’s lost. Williams’ personal story is proudly told in an aggressive albeit authentic voice that’s nobody’s but his own.

With success came money, and with money came a new branch of content for Williams to expand upon. His lyrics on driving Bentley trucks and toting Rolex watches still have value – as he never forgets where he came from and uses his success to fuel his ambition for a greater future.

From the start of Williams’ career, he’s been a target for internet memes as his aggressive vocal delivery was seen as shouting instead of rapping. Far before any notable rap beef blew up around Williams, the Twitter page @MeekMillRap caught internet success just by saying Meek sounds like he’s yelling in different situations.

Unfortunately for Williams, that account was only the beginning. The internet infamy only grew worse with his highly publicized beef with fellow rapper Drake.

Shit hit the fan after Williams called out Drake for not writing his own verse on Williams’ song “R.I.C.O.” Two dozen subtweets, some instagram posts and a few diss tracks later, Williams became the new clown of the rap game.

Drake’s “Back To Back Freestyle” was the most critical shot fired in the battle. Eventually racking up 139 million listens on SoundCloud. Trolls across the planet descended to feast and GoFundMe projects were created to raise money for Williams’ “funeral costs.” 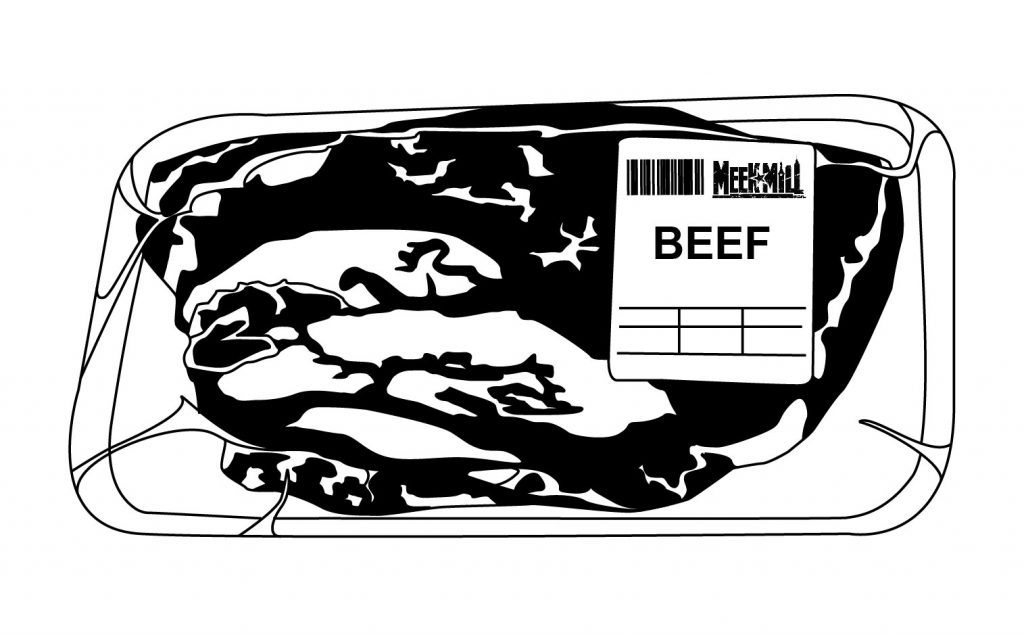 Almost overnight, Williams’ growing reputation as a rap star came to an abrupt stop. Social media hit his career harder than ever, as Drake’s loyal following ran the rapper’s name through the mud with enough memes to make the hardened rapper from the streets of North Philly look softer than Take Care era Drake. Like “Marvin’s Room” level soft.

Listeners from around the world turned against not just his personality, but his music.

During the incident a line was drawn in the sand between the two camps. This was a battle Williams was destined to lose. For every one Meek Mill fan commenting “fake” on Drake’s social media, there were a hundred Drake fans commenting “clown” on Williams’ social media.

Whether he deserved it or not, Williams took the “L.” And not one that the world forgets about in a week or two. It’s been over a year since there beef has calmed down but I continue to meet people starkly against Meek Mill. They may never even have listened to one of his songs before but will jump to Drake’s bandwagon of comfort in a moments notice. The moment his name lifted to its highest notoriety was for his crucifixion.

Williams’ internet presence recently shot back up into Twitter feeds, as The Game dragged him into the ring once again. While this ongoing tirade looks like a publicity stunt for The Game’s most recent album, Williams should have learned from the past and stayed out of it. At a Miami show on September 15th, The Game introduced his audience the world to his newfound problems with Williams, calling him a snitch. Coincidentally, The Game released a new song and opened pre-order sales for his latest album 1992 on the same night.

With a couple jabs thrown back and forth between the two rappers, there’s no conclusive winner at this point – but jumping at The Game’s attention trap doesn’t make Williams look any better. Calling Drake out for not writing his own verse is one thing, but The Game is known for starting beef for mere relevancy points.

It’s time for the public to see Williams for the talented artist that he is, not the loudmouthed punching bag that he has become.

With the release of his long-awaited mixtape, DC4, Williams looks to prove that his pen is mightier than his keyboard. Over 14 songs that span 55 minutes, he will hopefully win back the ears of the rap world. The mixtape seems to follow a similar setup as his last album with a range of sounds from trap bangers to street ballads. Features from 21 Savage, Quavo (of Migos) and Young Thug lend their efforts to the trap-flavored tracks, while Don Q and Pusha T bring a gritty feeling to the album on their respective songs.

Whether I was getting hyped with Tory Lanez on “Litty” or feeling Williams’ ambition through “Shine,” the tape kept me interested through the outro. DC4 isn’t perfect, though. The same variation of sounds that kept me interested could just as easily be perceived as spreading his sound too thin. While adding hot rappers like 21 Savage and Young Thug worked on “Offended,” this success didn’t translate with Lil Uzi Vert on “Froze.”

But don’t count Meek Mill out like so many have already.

The 29 year old from North Philly isn’t going anywhere soon. While some may never give Williams and his music another shot of landing in their music library, I see a young, talented rapper with as much heart, emotion, and ambition than anyone in the game.